Sheena’s birthday is on Valentine’s Day.  There’s no way to plan anything on her actual birthday because every restaurant is usually booked and overpriced!  Also, friends and family are busy with their loved ones as well.  With that, I decided to do something for her the following weekend.  Sheena’s into tea, so I set up a lil tea party for her friends.  There’s a local spot called Serenitea Tea Room, where they have English styled tea service, so I booked it.  I enlisted a few of Sheena’s friends to do something special for her but they went above and beyond and created a scrapbook of 30 things they love about Sheena!  I was blown away that they would go through so much effort.  A bunch of people helped out, but namely Jessica Thomas and Asha Thomas really drove the boat!

Here’s a shot of a few of the peeps working hard at putting it together: 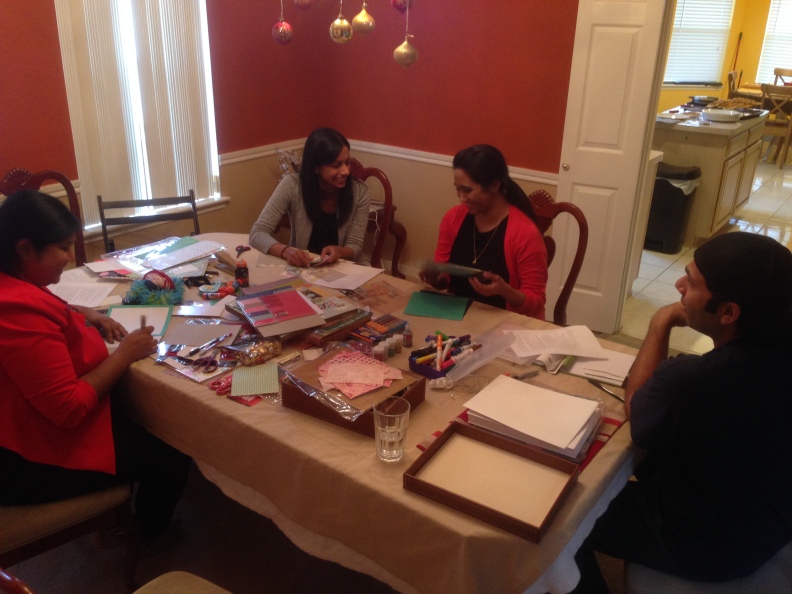 Here are a few shots of the ladies enjoying the tea service (tea party photo credit to Lisa Varughese):

While the gals were enjoying their lil tea party, my cousin Wes and I got to spend some time with our lil ladies!

They played with play dough for a little while, but then we shifted over to an intense game of hide and seek… so intense that I jacked up my knee!

Yes, I agree… it’s very pathetic, but what’s worse, is that I still didn’t win.

The next day we went to Houston’s First Baptist Church to watch Priya get baptized!  It was awesome!  Pastor Pollard (Kasey’s Dad) was able to do the actual baptism, which made it that much more special.

After church I snapped a shot of Layla and Priya.

but then Priya’s friends and cousins wanted to jump in.  How could I say no to those cute faces! 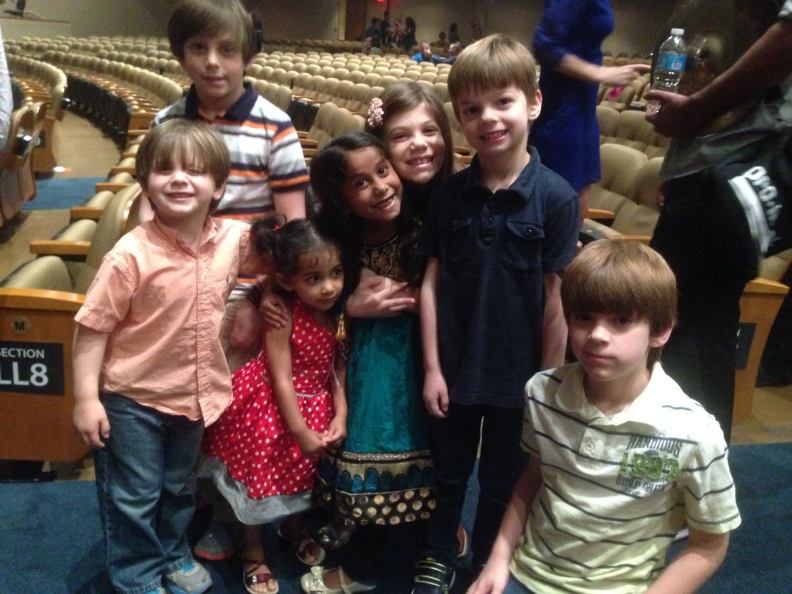 After church we had lunch with some friends at Coal Vines in Sugar Land.  It was  an extension of Sheena’s Birthday party.

It was a great weekend! I love when we can spend time with Family and Friends!