This weekend we had a few things going.
Friday, Layla wanted to spend the night at my parent’s house, so we it was just Sheena, Ezzy and I on Friday.  The next morning, Sheena had to work, so Ezzy and I picked up Layla from my folk’s house.  They give Layla whatever she wants, so they had donuts for breakfast.  To my surprise, Layla picked out a special donut just for me!

After we got home from Mom & Dad’s the kids ate lunch then took a nap.

Ezzy eventually shifted to the couch.

Later that evening, we headed to G and Judy’s house for Nathan’s 6th birthday party!  They had a magician there!  The kids were amazed…

… and the adults were amazed as well. 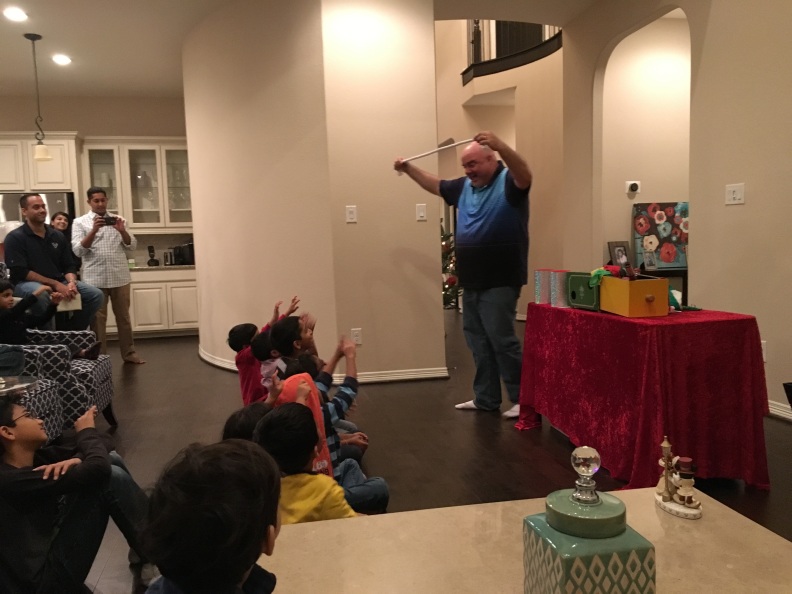 Nathan helped do a few tricks as well!

There was even a magic bunny! 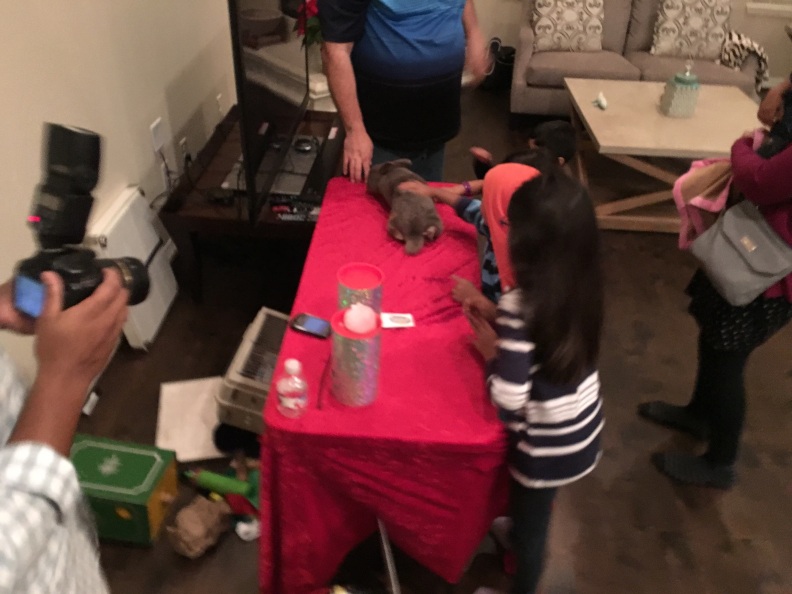 Judy whipped up the birthday cake! 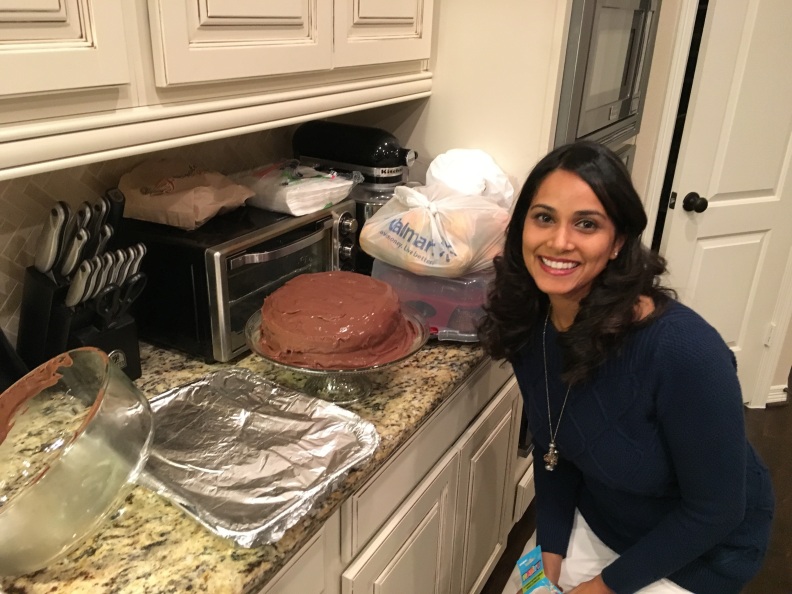 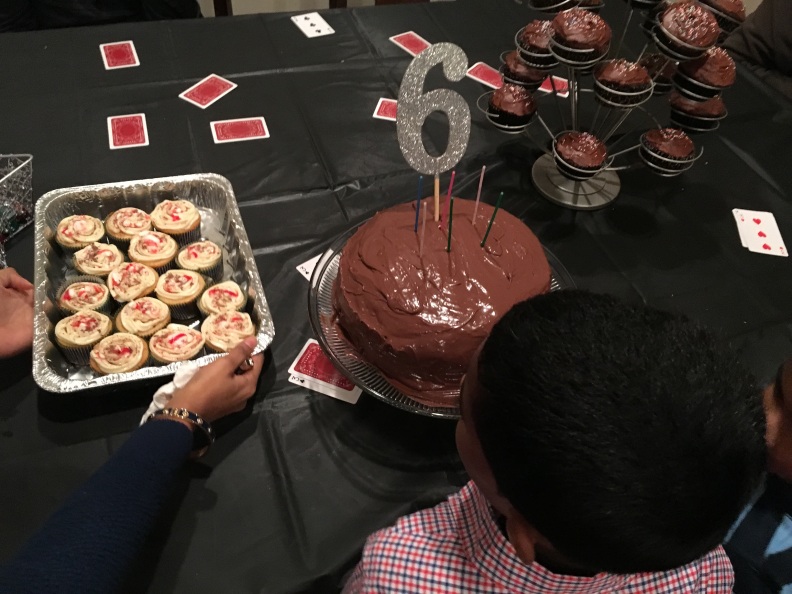 Sunday after church, Sheena had a few speaking engagements to attend to so I was solo with the kiddos.  The kids wanted to play outside.  The weather was awesome so I couldn’t resist!

After playing, I tried to sneak in a nap.  It didn’t work. 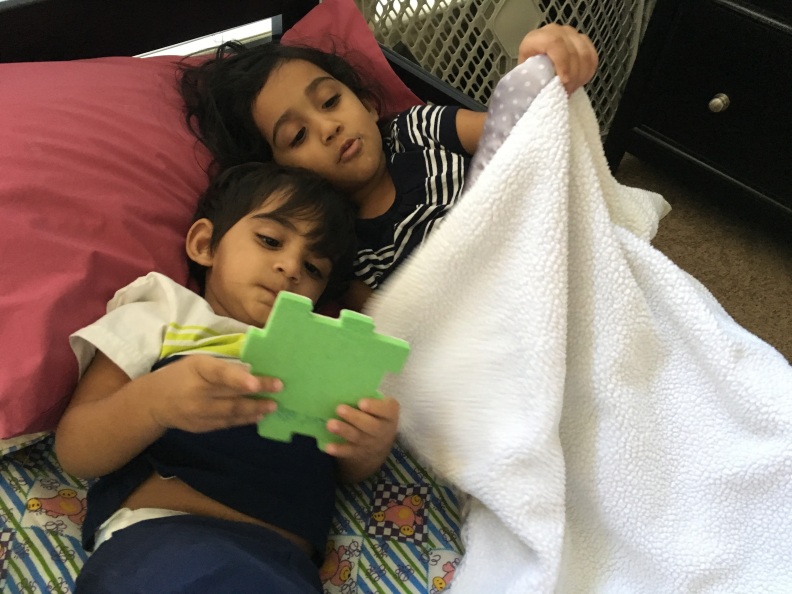 After Sheena came home, Layla and I make a gingerbread man. 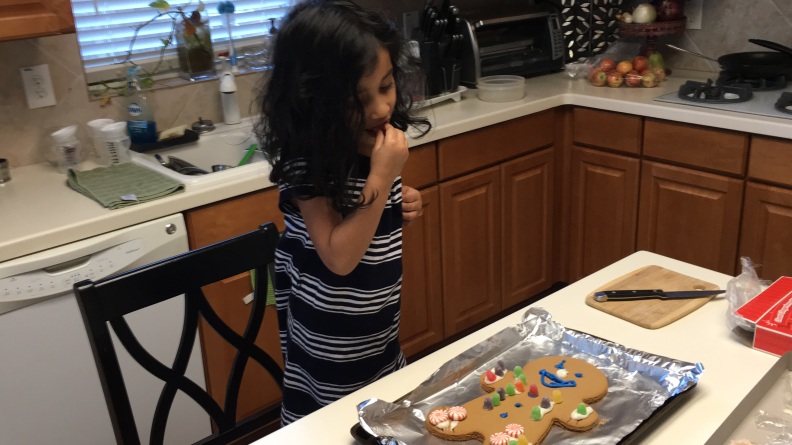 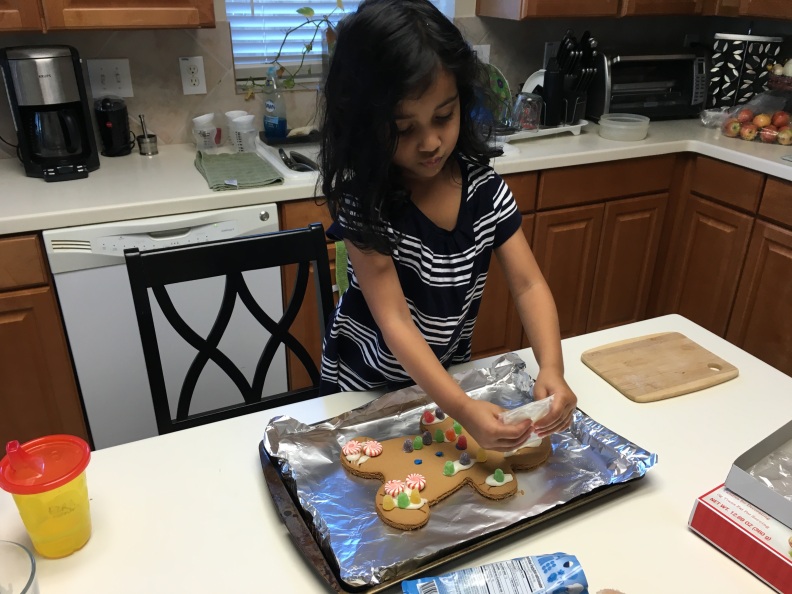 Here’s the aftermath (it wasn’t that good…).

Sunday evening, after their baths, the kids watched a bit of TV before bed.

On Monday, we got news that our nephew was born!  My cousin Wes and his wife Kasey welcome Joshua to the world!  Priya and Hope (the big sisters) have a new baby bro to play with! 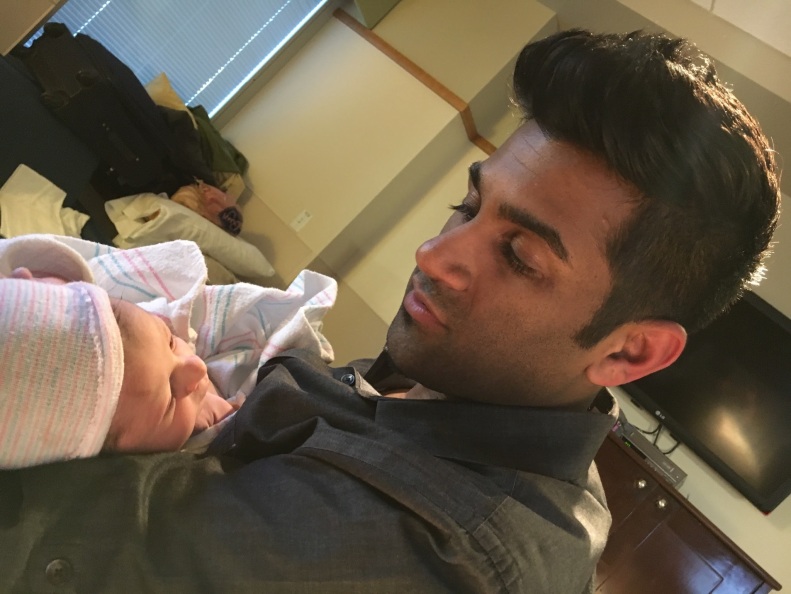