This past weekend, Sheena and I did a quick trip to San Francisco! It was awesome!

We both have never been and we were blown away with how amazing that city is!  Our friend Kristen was getting married in the wine country, so we saw this as a good opportunity to make the trip.  We dropped off the kids with Sheena’s mom the night before and we caught a super early flight (6am) on Friday morning.  We didn’t want to risk missing our flight, so we spent the night at my cousin’s house (who lives near the airport).

We flew Frontier Airways.  Cheapest flight we could find!  You’ll note that tray table was only big enough for a coffee and a muffin…

But that’s nothing to complain about.  We got to San Francisco around 9am, got our luggage and rental car and headed to meet our friends Mike and Joann.  Mike, Joann and I have been friends since highschool… actually, Mike and I go back to about 3rd grade! 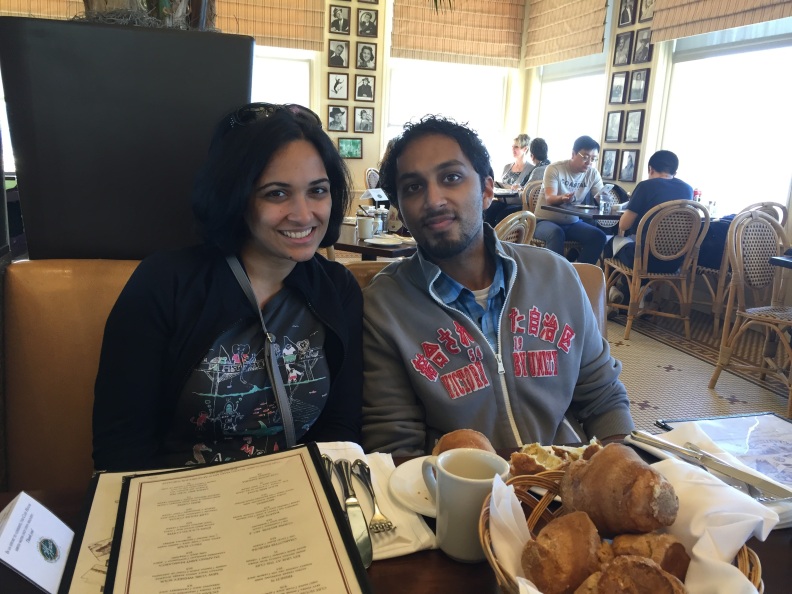 We had breakfast together at a spot called Cliff House (it’s off of a cliff with amazing views!) 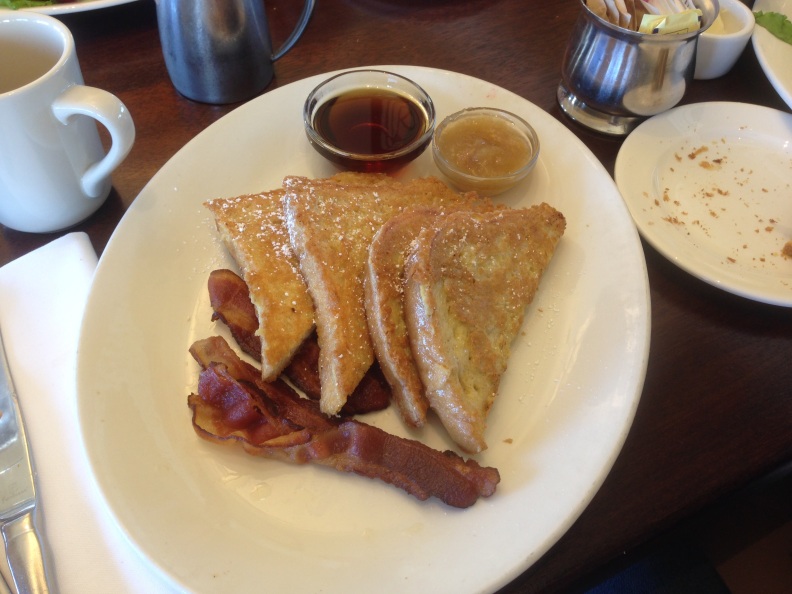 Food was great but the views were amazing! 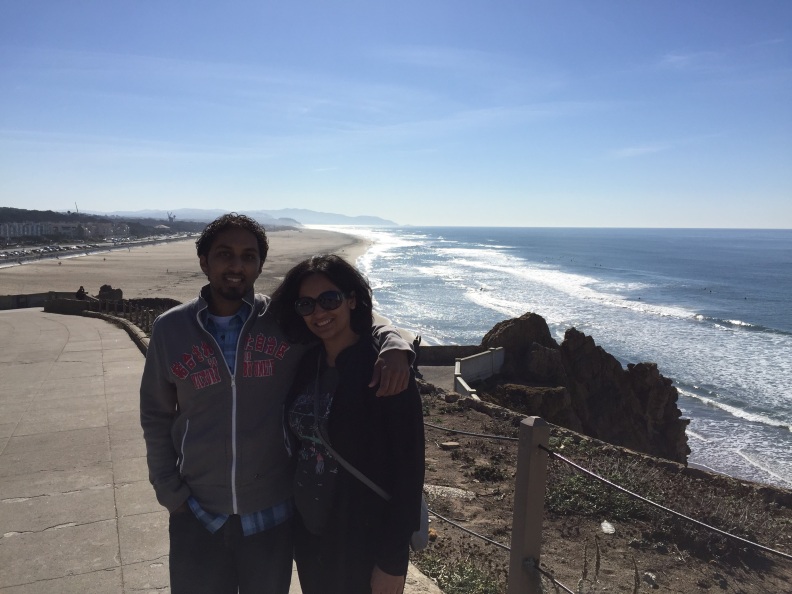 We caught a few surfers doing their thing too.

After breakfast Mike and Joann drove us up to Twin Peaks where you can see the entire city. 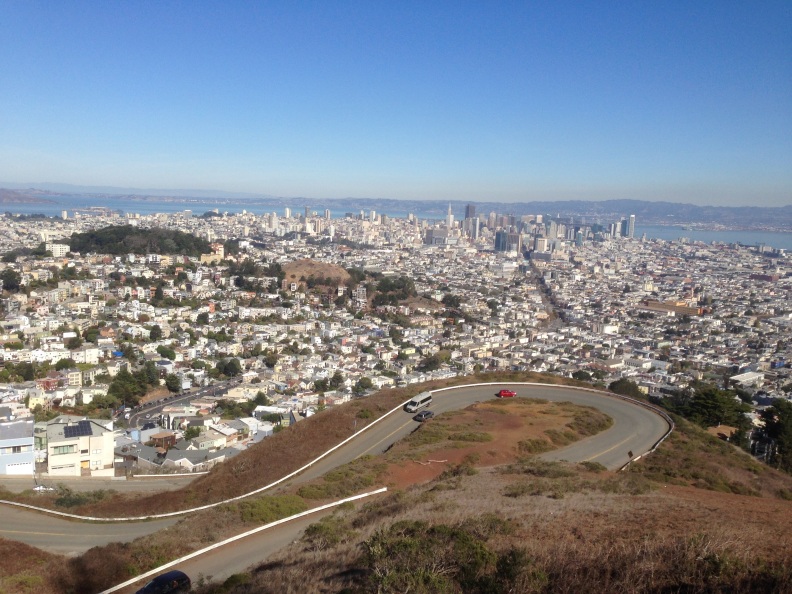 We drove around town taking in a few more sites and then made our way to the subway station.  We took the Bart Train to Berkeley to meet Sheena’s cousin Andrew. 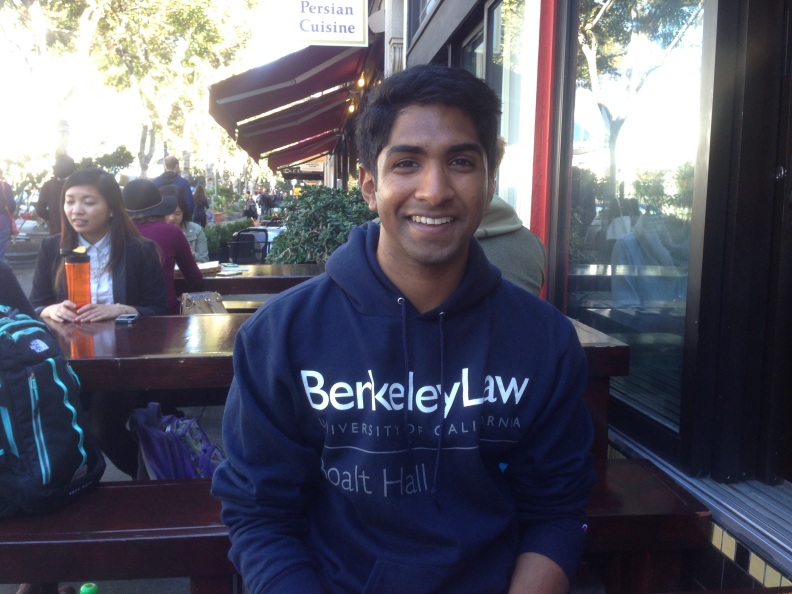 We met at Sliver’s for pizza. 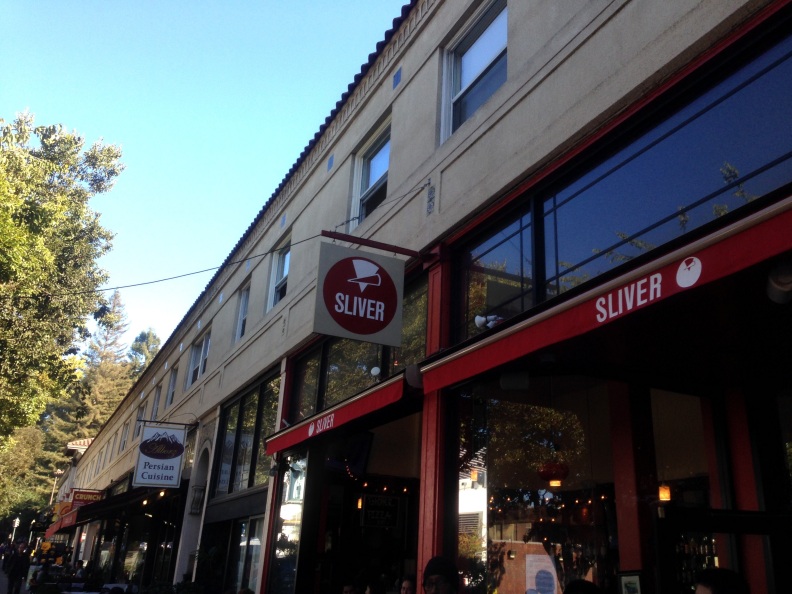 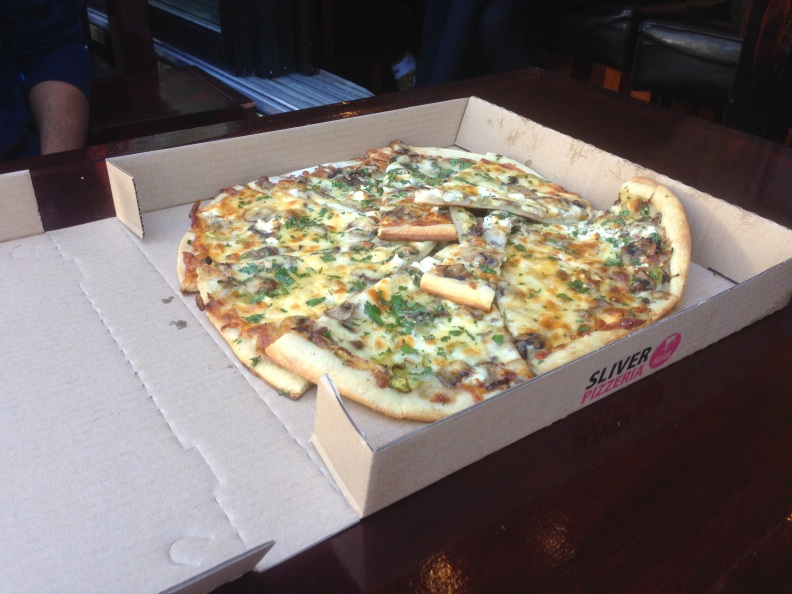 Then we checked out Almare for gelato 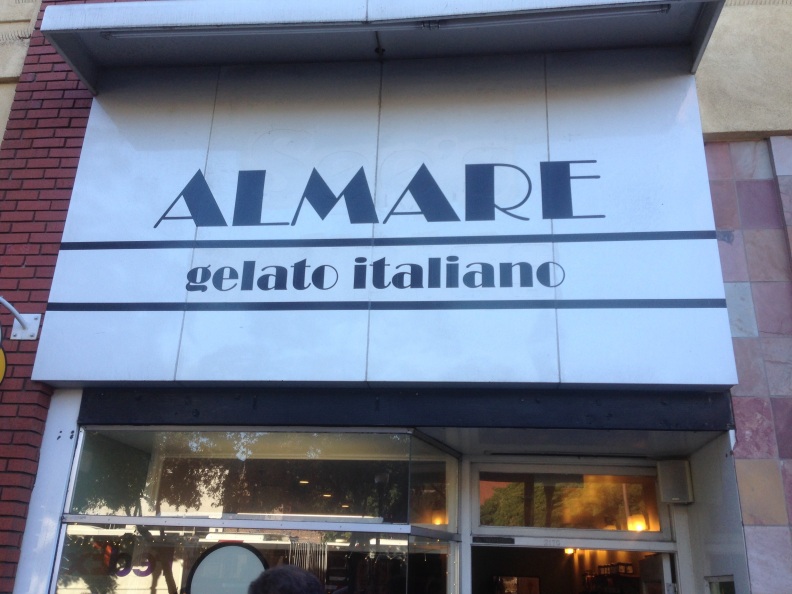 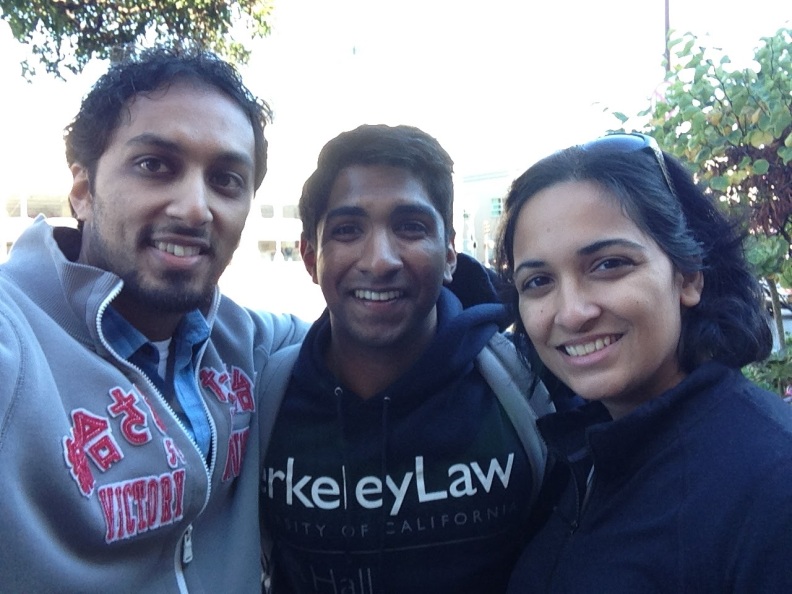 Then we jumped back on the Bart Train to get back into San Fran.  We walked around a bit more just to take it all in.  We saw Alcatraz in the distance.

We got back to Mike and Joann’s place to kick it for a bit, then headed back out again for dinner with our friend Stayson.  We met at a Thai joint called Khan Toke. 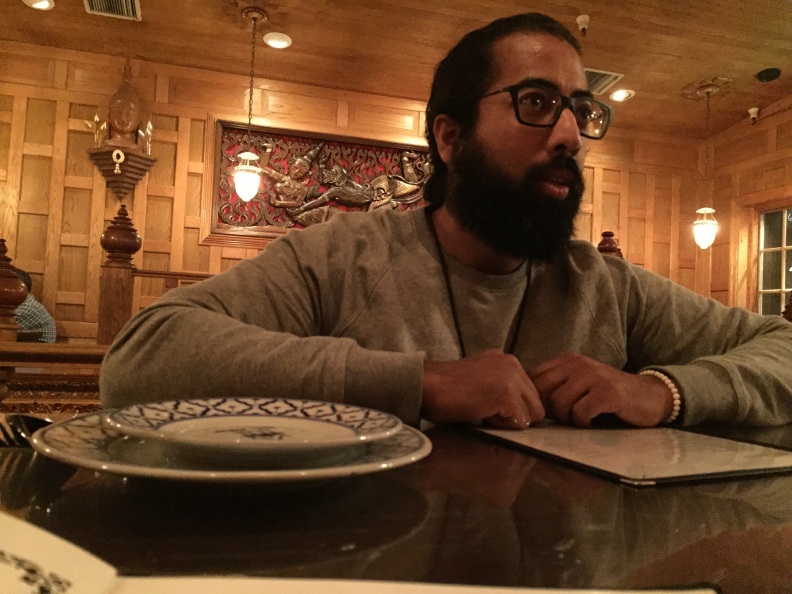 Stayson’s a good friend of both of ours, so it was nice to catch up with him!  We got home around 1am, so that means we were awake and doing things for 24 hours straight!  The next morning Austin (Mike a Jo’s super cute son) and I did some morning reading. 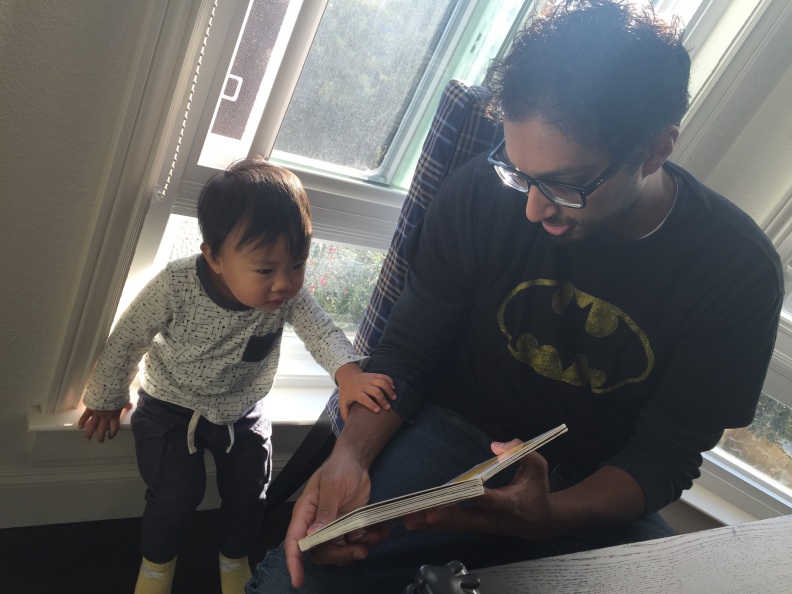 Joann had to go into work, but Mike and Austin took us on the town for breakfast.

And we toured around a bit more.  It was awesome to have Mike and Joann show us things cause otherwise, we would have aimlessly wondered around. 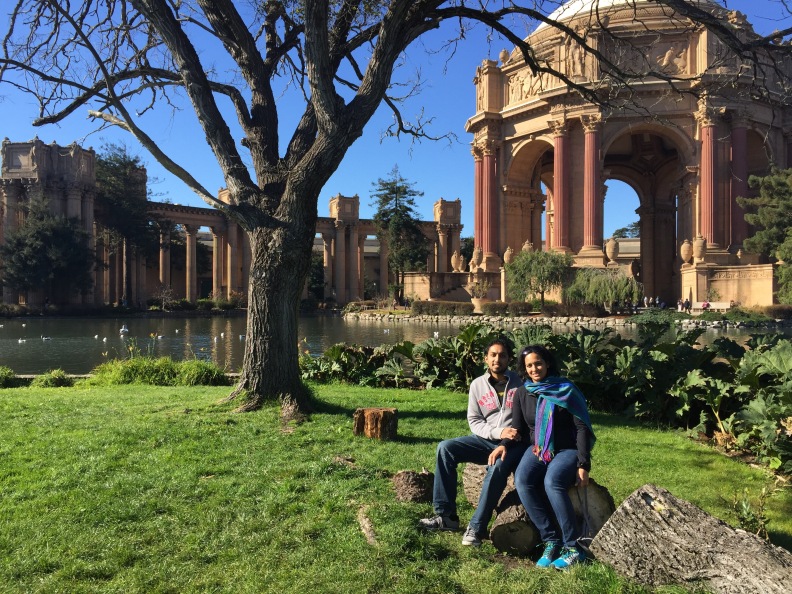 Then Mike showed us this hidden spot to get an awesome view of the Golden Gate Bridge. 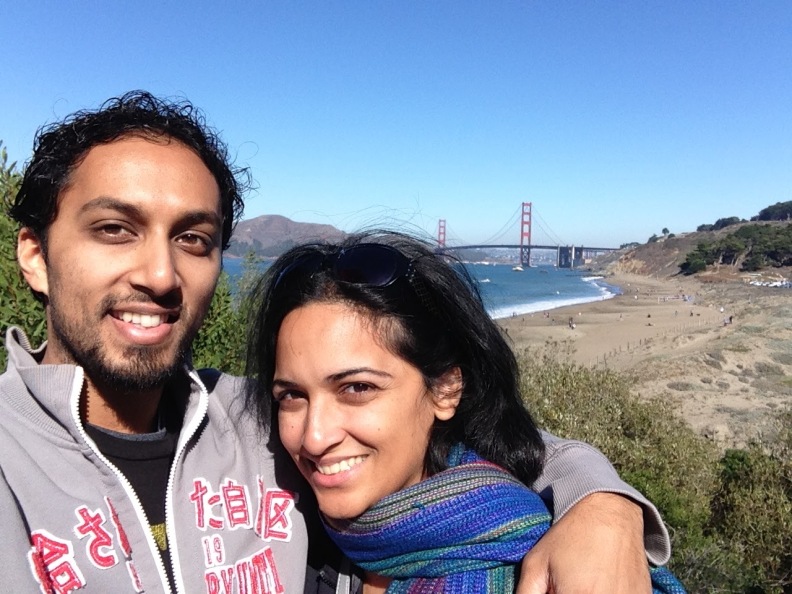 Before we left, we got on their rooftop to take in the view again.

Then we made our way to Healdsberg, CA for Kristen’s wedding. 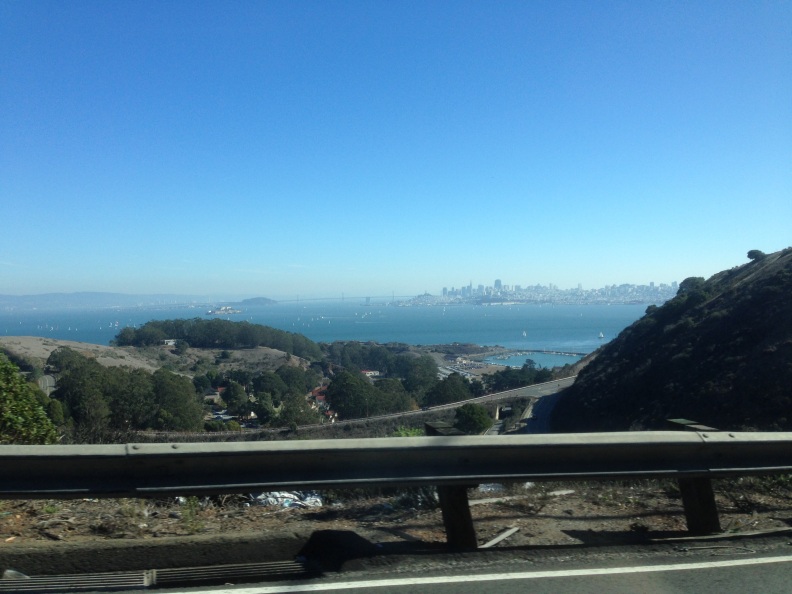 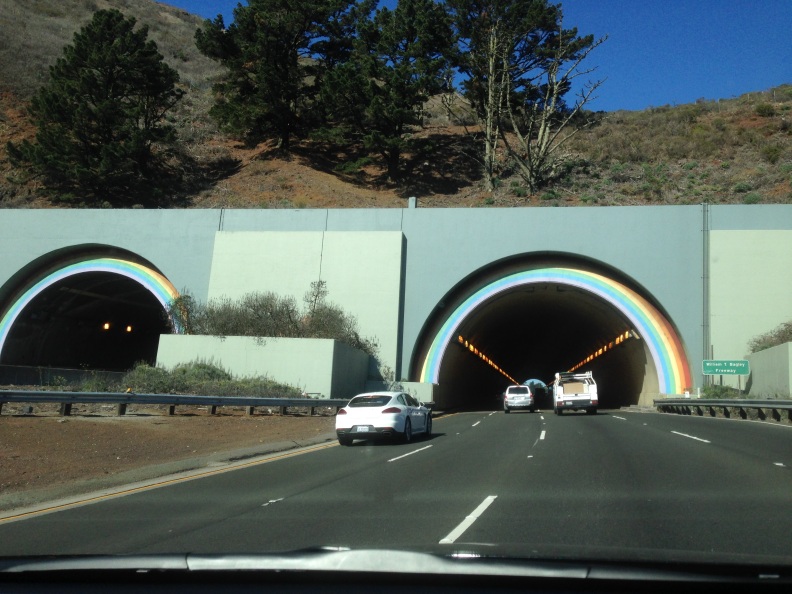 We were a bit worried about being late, but we made good time and got into the hotel to change a freshen up.  The wedding was AMAZING!  Once we parked, a luxury shuttle took us to the ceremony location. 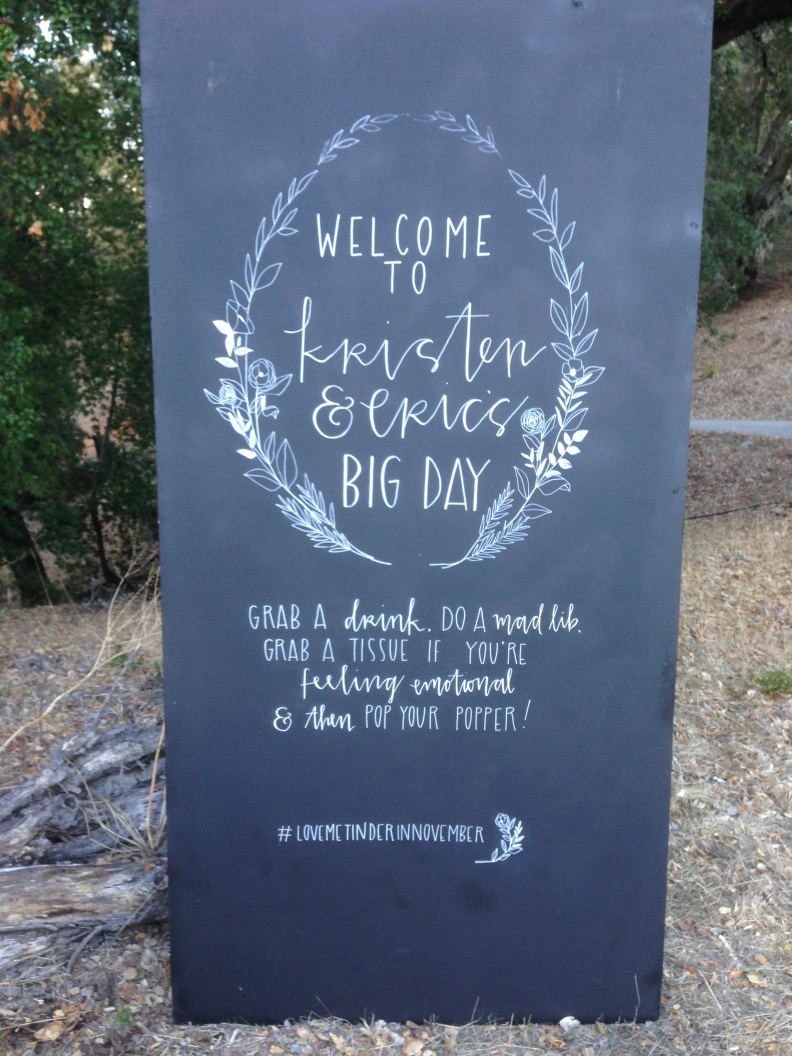 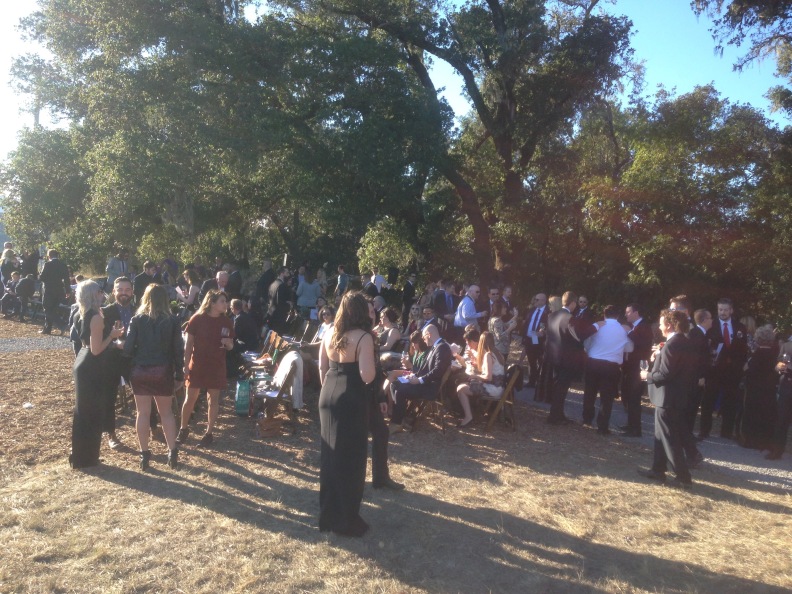 They had napkins for crying…

and mad lib to pass the time.

Then the ceremony got started.  The bridesmaids made their way in.

Then the bride and her dad came down. 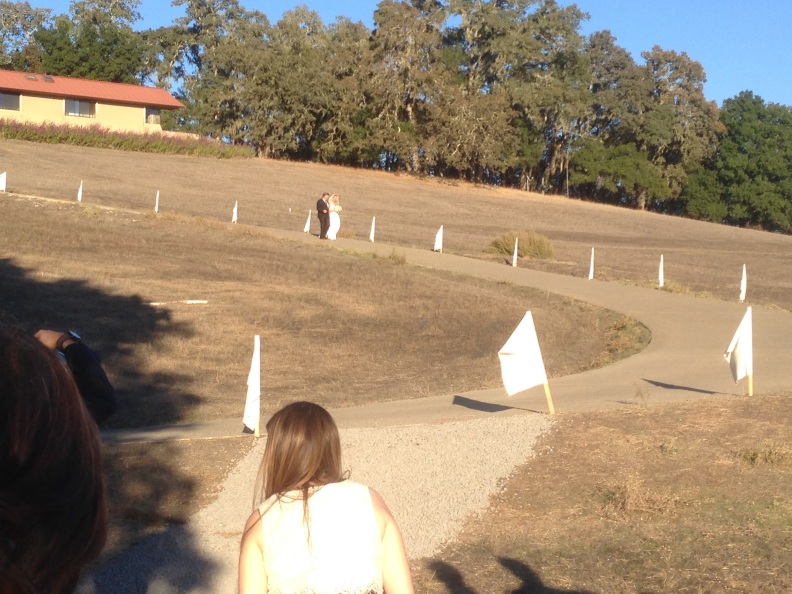 The ceremony was beautiful. 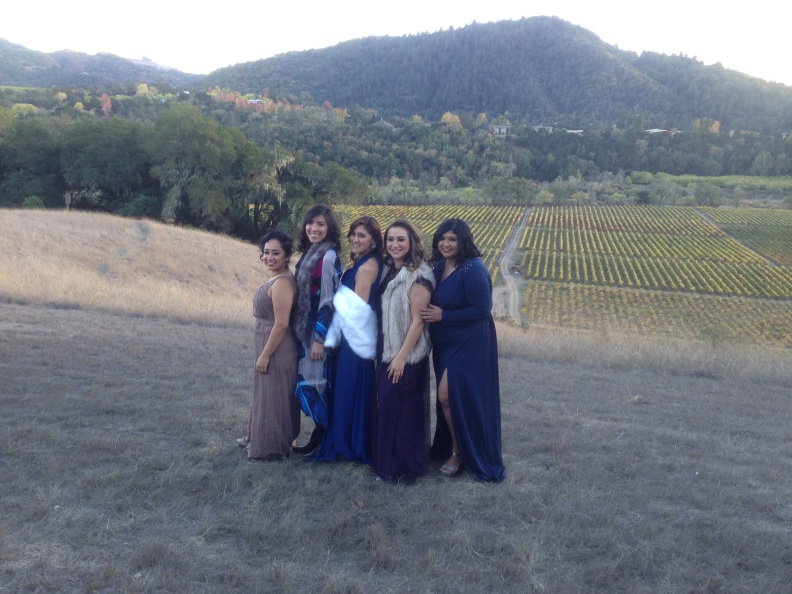 We jumped back onto the luxury shuttles and made our way to the reception. 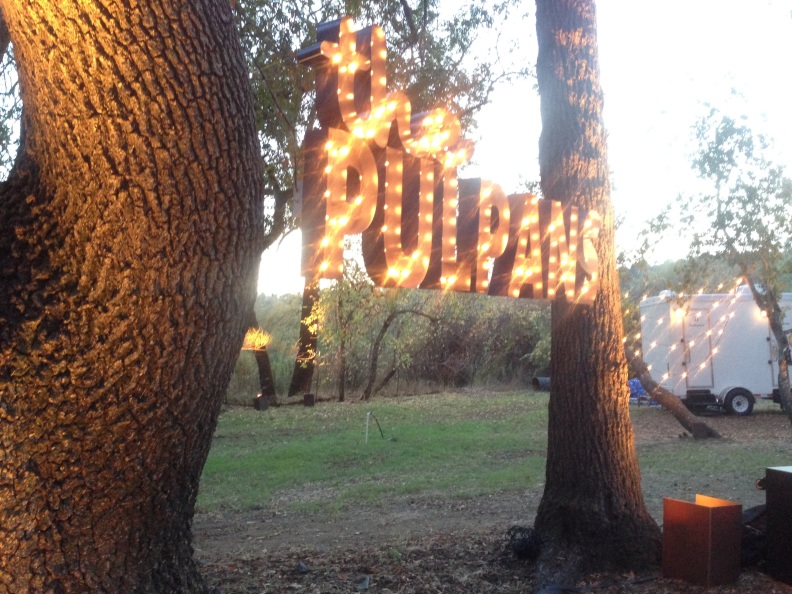 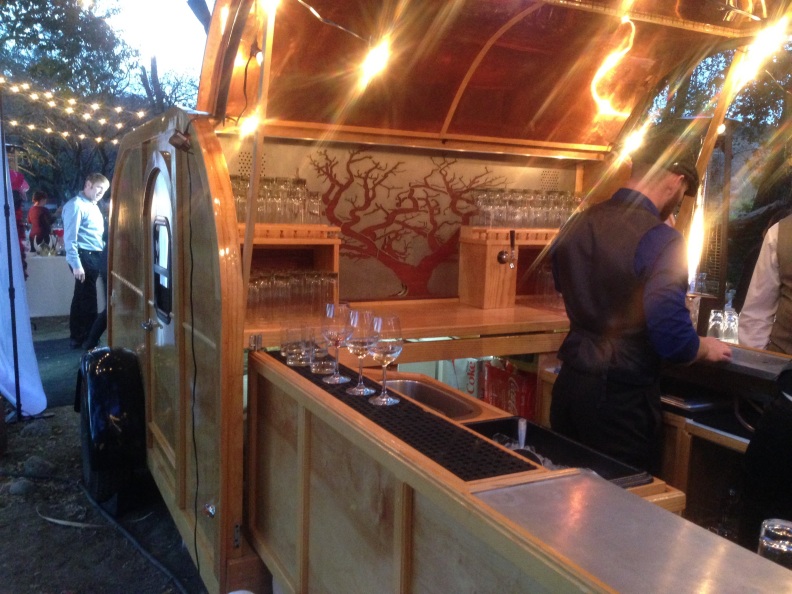 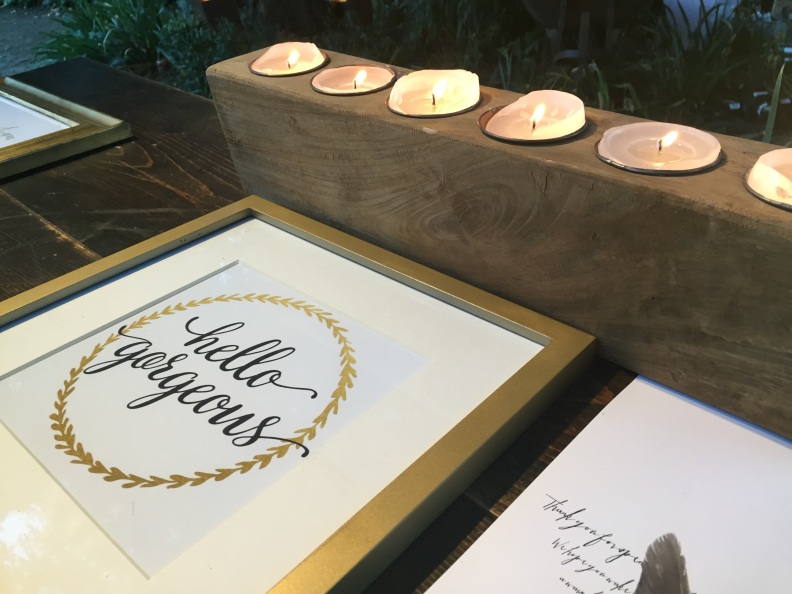 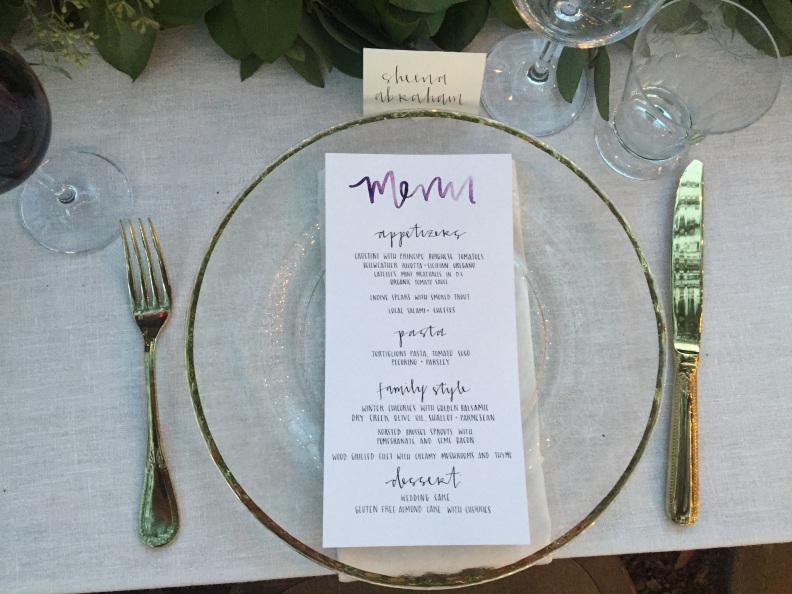 They had a photo booth set up so Sheena and I had to snap a shot! 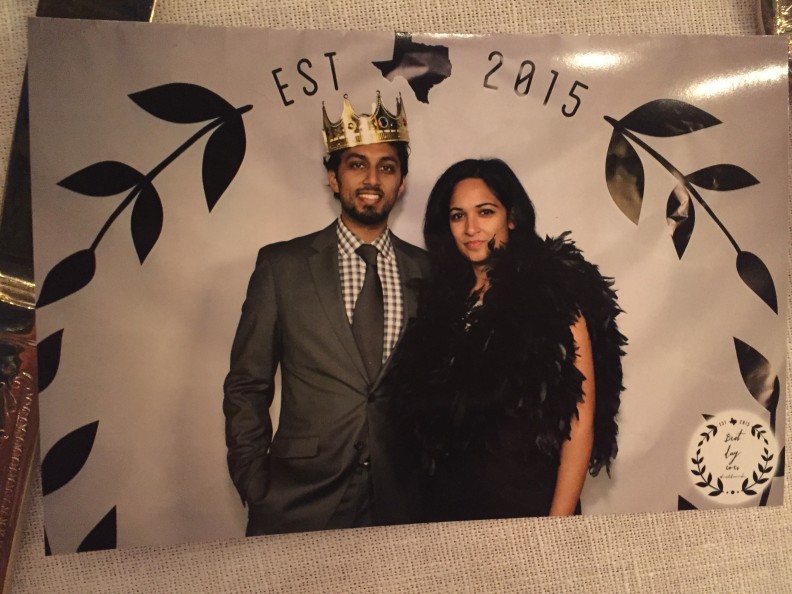 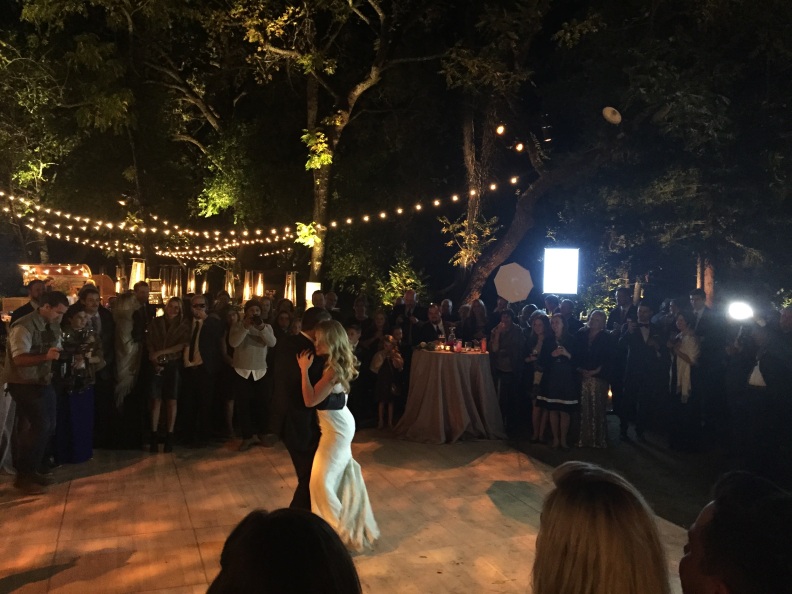 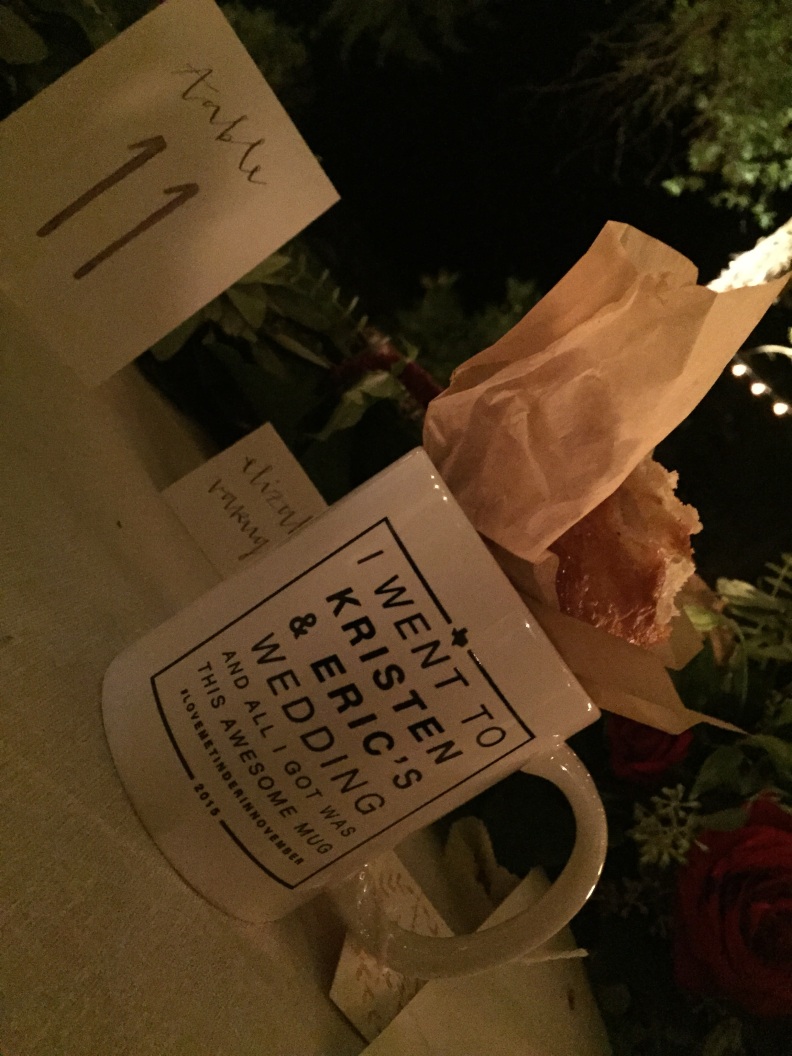 Overall, it was an amazing time!  I mean the pictures do not do it justice.  We definitely want to make another trip out there!

Big shout out to Mike and Joann for letting us stay with y’all and touring us around the city!  Andrew/Stayson, thanks for meeting up with us!  It was awesome to kick it for a bit!  Kristen and Eric, congrats on getting married!  Thanks for letting us join in on such an amazing wedding!