This Memorial Day weekend was packed with a bunch of things… instead of cramming all of it in one blog post, I figured I’d break it up into days.  I guess I sorta kicked it off with my New A/C Blog.  Nothing fun, but it did take up most of my day.

Saturday was a different story.  After Sheena and I had our morning chai, I went to my parent’s house to clean out their garage.  Recently my Dad was mentioning wanting to clean it out, so I figured I’d help out.  They are infamous for keeping things that are useless.  After studying the content of their garage, a lot of their space was taken up by empty boxes!  After I collapsed and recycled a large amount of boxes and did a little rearranging of other things, I was able to fit both of their cars in the garage.  I know that probably sounds dumb, but I thought that was pretty awesome!

After that, I had a little more time before Sheena and Layla were going to be back home, so I decided to start cleaning out my own garage.  4 tires from Sheena’s Jetta was a major space waster in the garage.  Years ago, I put rims on the Jetta but I kept the original wheels and tires.  I don’t even know why we still have ’em.  We sold that car 2 years ago!  (I guess I shouldn’t clown on my parents for keeping useless things).  I loaded ’em in the back of the trailblazer and made my way.  After being rejected by 3 tire shops I finally found a shop that would buy the wheels from me.  They offered me a whooping… $20!  I didn’t expect much since the tires were worn, so I just took the cash.  Figure it is better to get paid to get rid of trash then the pay someone to get rid of it for me, right?

That evening we met up with Wes, Kasey and Priya (my cousins) in Downtown Houston.

Once we parked and saw each other, a horse carriage came up and offered us a deal to ride around the block.  She said business was slow, so she would give all of us a 10 minute ride for $10!  We’re not ones to pass up on a good deal, so we obliged. Hank the Horse toted us around a couple of blocks.

After the horse carriage ride, we hung out in the square.

Layla found a fountain earlier that she wanted to show Priya, so we headed that way.

Wes thought that the best way to enjoy a fountain is to walk on top of it. 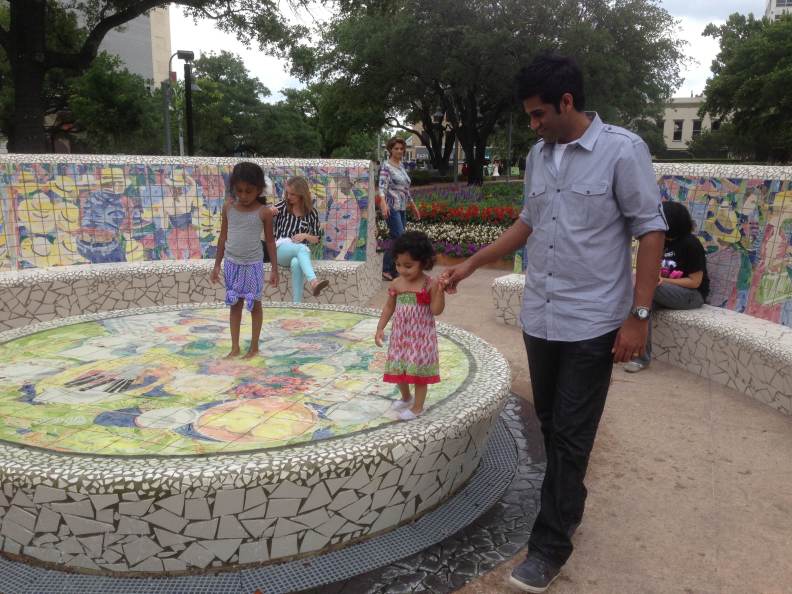 After drying up and quick wardrobe change for Layla, we walked around a bit more and found this lil puppy. 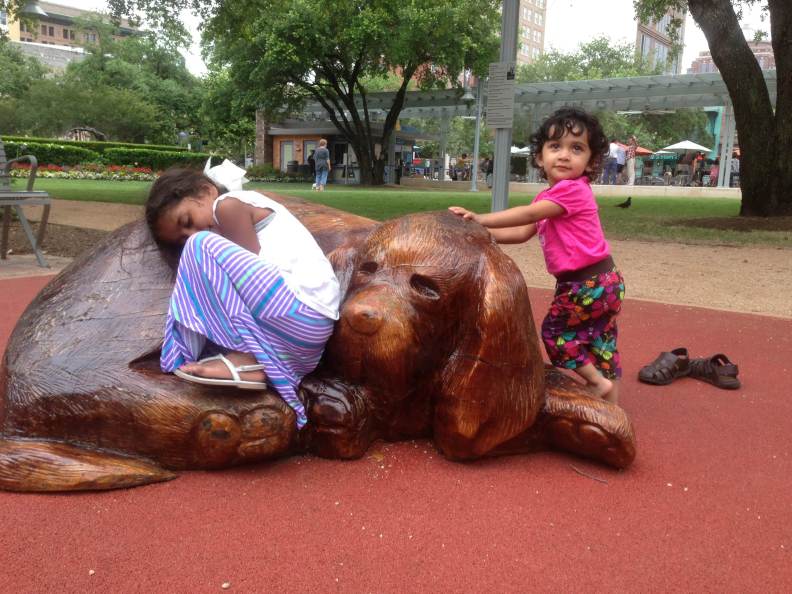 Horse carriage ride, splashing around in a fountain and playing with a wooden puppy gets you pretty hungry.  We decided to hit up Market Square Bar and Grill.  They consistently have good food, so it’s always nice to have a meal there. 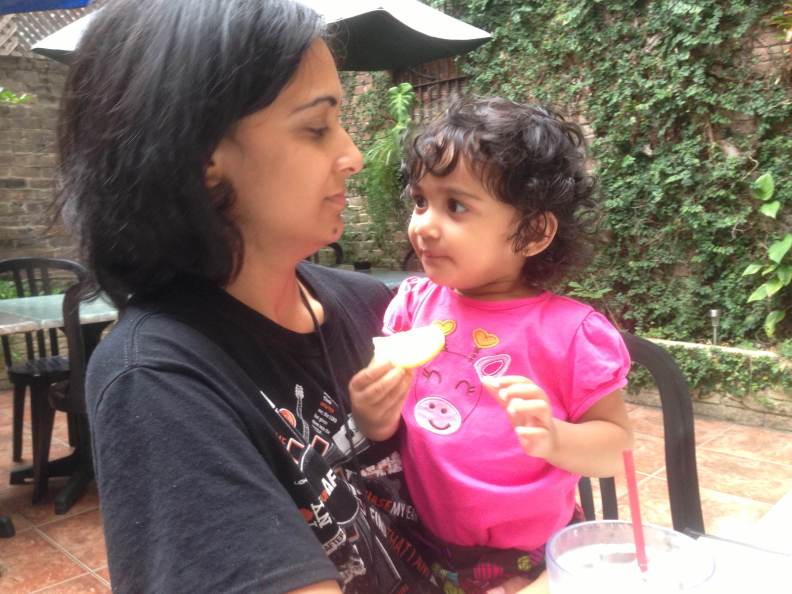 We sat in the back patio since it was nice outside.  It’s always great to catch up with family.  After dinner we headed home.  Layla was sad to leave Priya, but since she was exhausted from the day, she fell asleep as soon as we drove off.  Fun time!