So… Friday evening, the girls went to bed and I had a quite house to myself.  While I was watching TV, I heard a slight hiss.  This hiss was an unfortunately familiar sound… running water.  I quickly got up and inspected the entire house.  None of the faucets were on.  None of the toilets were leaking.  Dishwasher and Washing Machine intact.  I climbed into the attic to check the water heater, all was normal.  I ran outside and checked the outside faucets, closed tight.  sweet started to drip from my brow… mainly because I’m outta shape, but a part of it was the nervousness of a busted pipe.  Like I said, I lived through this not too long ago.  You can read about the previous plumbing problem here.

I was hopeful that it was not the same issue or anything worse… From the previous issue, I learned to investigate where the water was coming from.  I poked around where the water main connects to the house and it was bone dry.  I let the water run, so that I could see where water might be coming from.  The next morning I checked the lawn again and couldn’t identify any leaks.  This got me very worried.  I knew there was a leak.

Hint #2:  The meter was constantly running even though no water was on in the house.

I needed to identify where the leak actually was.  I turned off the house water main and still heard the sound.  That was a bit of relieve because that test told me that the leak wasn’t inside the house.  It was somewhere between my house water main and the city water main…. Unfortunately, that’s still a lot of pipe to cover, and part of that line is UNDER the actual house.  Saturday and Sunday I turned the city water main off and only turned it on when we needed it, which is pretty inconvenient.

Monday morning, the plumbers came to do their magic.  They were refereed to me by my neighbor.  Great people!

He cranked on the water main to try and find where the leak was.  He basically poked the ground with a long metal rod to see if it comes up wet.  No luck when he first started.  I explain what I discovered to him and he was giving me the worse-case-scenario options on creating a brand new water main line.  While doing that, his assistant struck oil… I mean water.  What a relieve.  Apparently the crack became big enough to surface a lot faster.  So they started digging.

After some serious digging they found the leak. 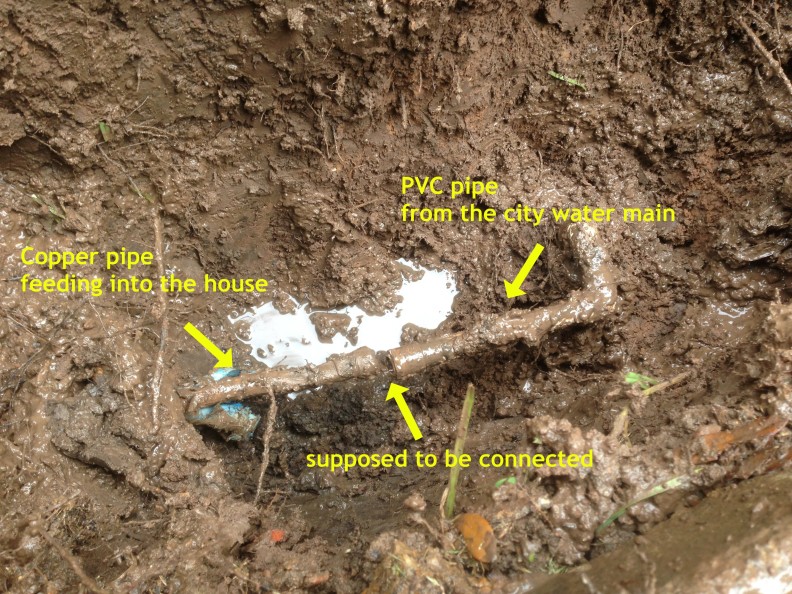 Here’s a zoomed out version so you can get an idea of the location. 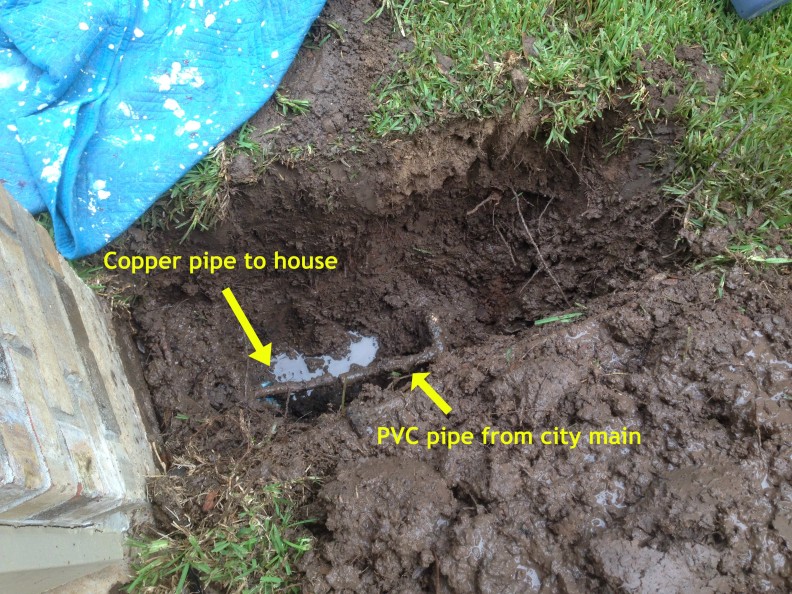 Apparently the PVC pipe ripped right where the copper pipe joined, separating the two pipes.  The plumbers did a great job and worked pretty fast.  Here are some during and after shots.

They wanted to add some additional support under the pipes in case there was any shifting later on, so they placed some bricks underneath the pipes. 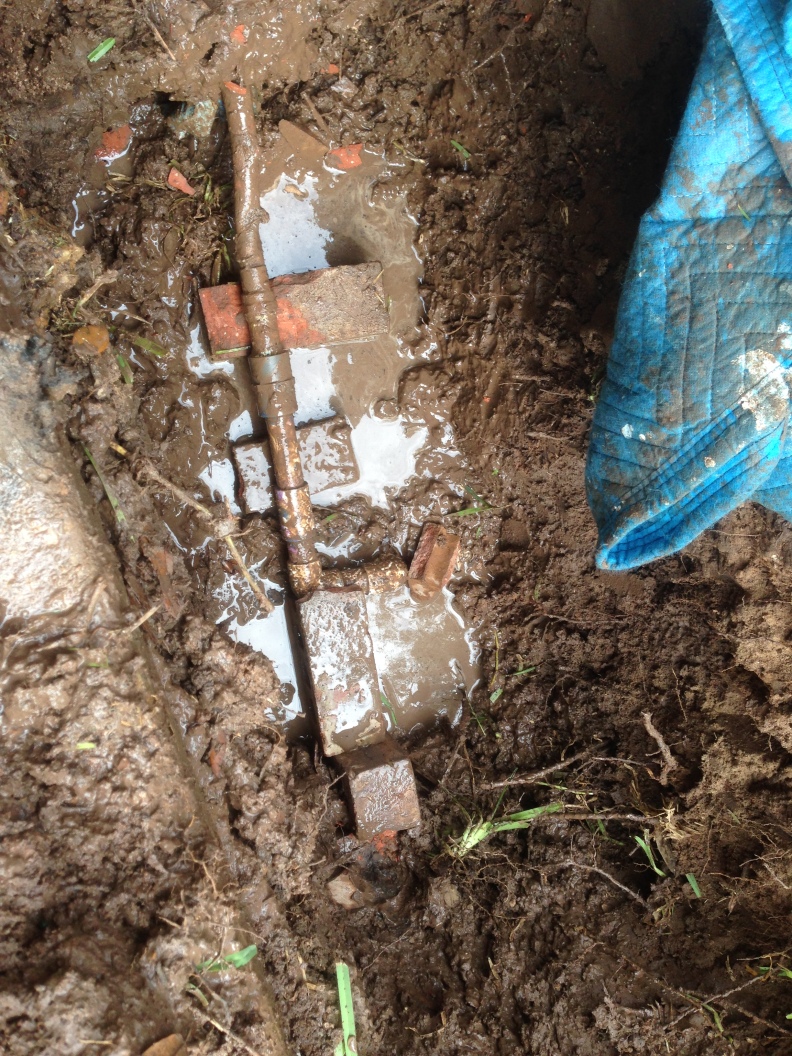 After everything was said and done, they tested the line and patched up the ground.  Like a dummy I stepped into the newly patch grass and sunk my feet deep in mud.

I’m happy with the work they did and I’m even more happy that I have running water.  But I’m a lil bummed that I got ripped off the first time around!  Lesson learned.  Shop around and get referrals.  Don’t just go with the big name company!