This past weekend was the Ignite Conference (which is the English section of the 12th IPC Family Conference).  We’ve spent roughly 2 years in planning and to be honest, I was very skeptical on if anyone would even show up!  It’s a national conference, but I had a feeling that these types of conferences were “going out of style”…. I was also very skeptical on how well things would be executed because of various hiccups we faced during the planning phase (even up till the night before the conference started).  Its funny how we do a Christ-centered conference, and not have faith that he would come through, right?  Needless to say, God proved me wrong.  The conference itself turned out pretty great!  Of course there’s always room to make things better, but there was a lot of positive feedback and I personally felt that things flowed pretty well!  Here’s a quick re-cap of the weekend.

Thursday night kicked off the conference.  There wasn’t much expectation for a large crowd on Thursday, since people were still coming in from out of town and people that were in town, had work and things of that nature, but even with that, the crowd was larger than I expected.  Attendance was low when we started, but people slowly trickled in. 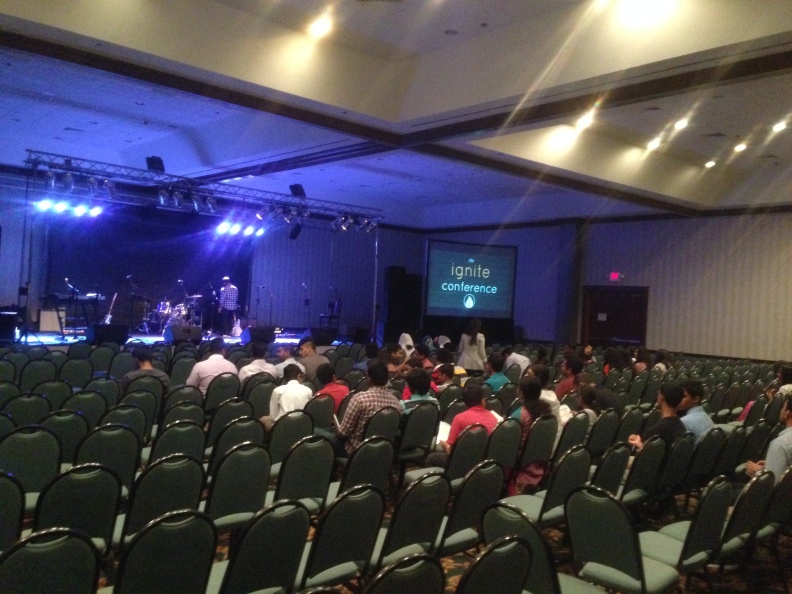 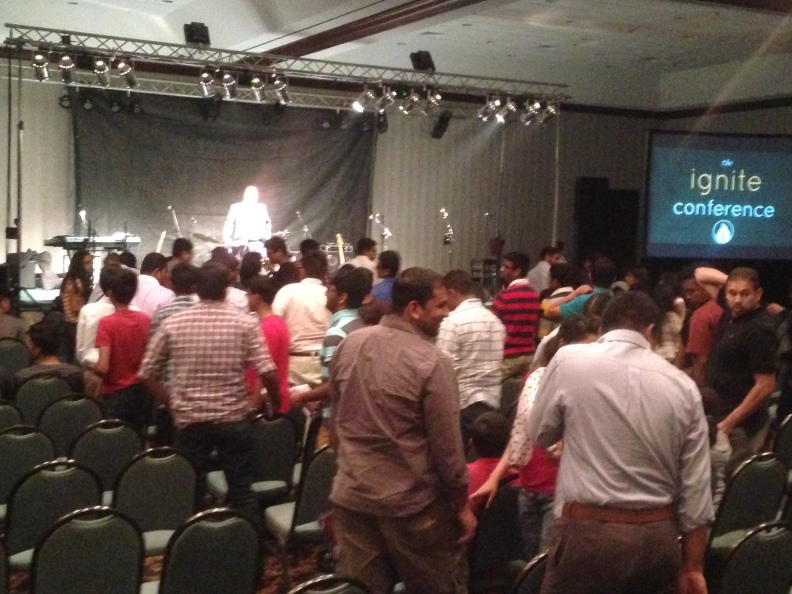 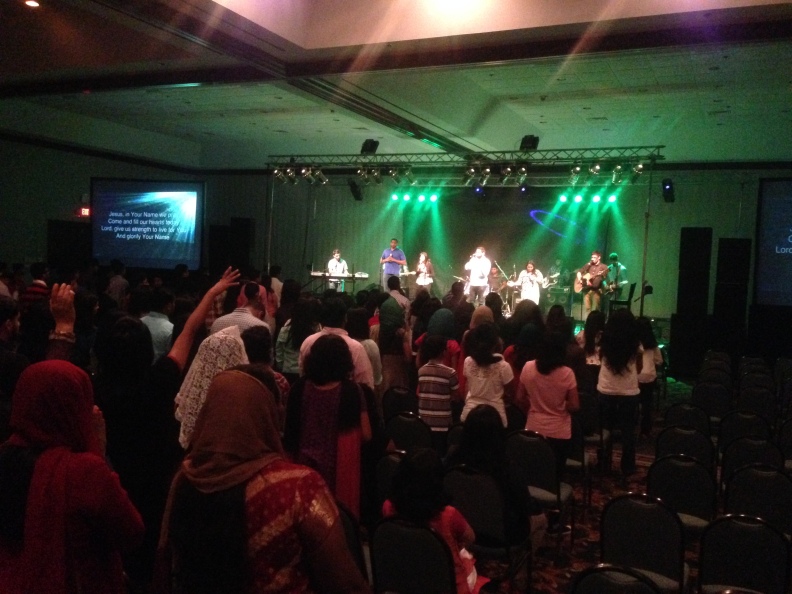 We were lucky enough to have Pastor Scott Crenshaw speak all 4 days of the conference!  As always, he brought!

Friday we had 2 “break out” sessions.  The first session, was called Stat Christiana (which translates to Consistent Christian)  C.S. Robinson lead that up in doing a quick message followed up by a discussion panel (consisting of Peter, Paul, Kezia, Pastor Rufus and Robinson) that allowed audience members ask questions or present comments and thoughts.  Josh was behind the computer fielding questions via social media outlets through the igniteHTX hashtag and I sat next to him moderating the whole thing.  I had questions to kick off the conversation.  Overall, it went pretty smoothly.  We didn’t get as much audience participation as I was hoping for, but people still enjoyed the idea of a discussion panel. 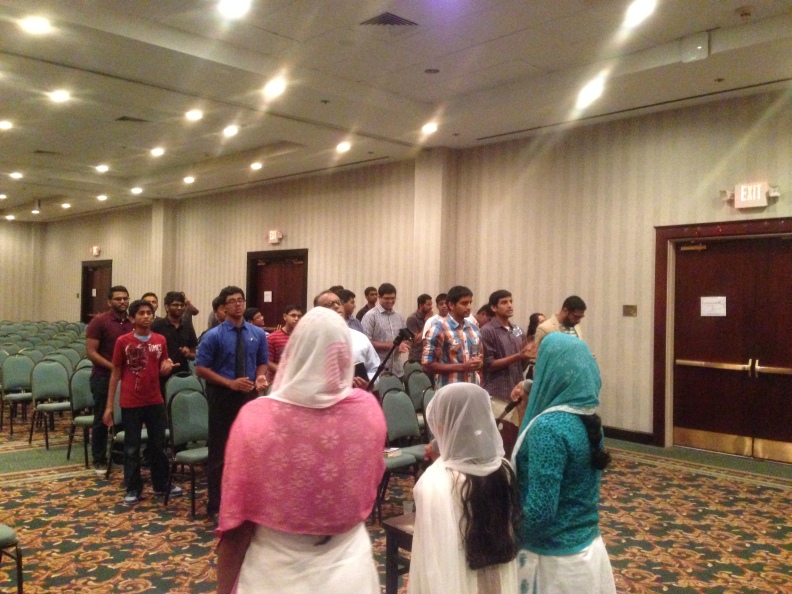 The second session was called “Round Table Discussion”.  This allowed for a more intimate setting with a smaller group to meet and discuss various topics.  It was a good opportunity to not only meet new people, but also to get various perspectives on discussion topics from your peers.

Friday evening we had our regular evening service.  Outside of worship and a message from Ps. Scott, we had Pastor Steve Riggles speak as well.  We also had a special treat from the Children’s Church.  They performed a song for the crowd.

Saturday morning was our Sports Day at the University of Houston Rec Center.  It’s a top notch facility and we had a great time hosting the basketball tournament there. 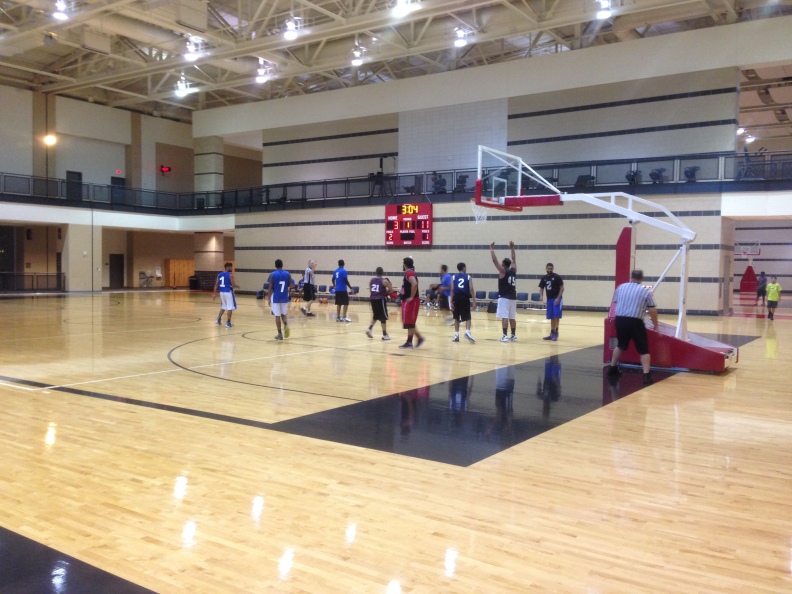 Around noon we broke for lunch.  Our conference filled up the entire foyer (and it’s one big foyer)!

While the games were running, some of the spectators shot around, did pickup games and even got in a cirlce and popped a volleyball around.

The finals were intense.  It was Houston Cross Movement vs. Dallas United.  It ended up going into triple overtime with Dallas ultimately coming out as the champions.  Although it woulda been nice for Houston to win, it was a very entertaining game!

Saturday night we had the Robbie Seay Band lead worship and share about their mission through Compassion International.  It was an amazing time and the place was packed! 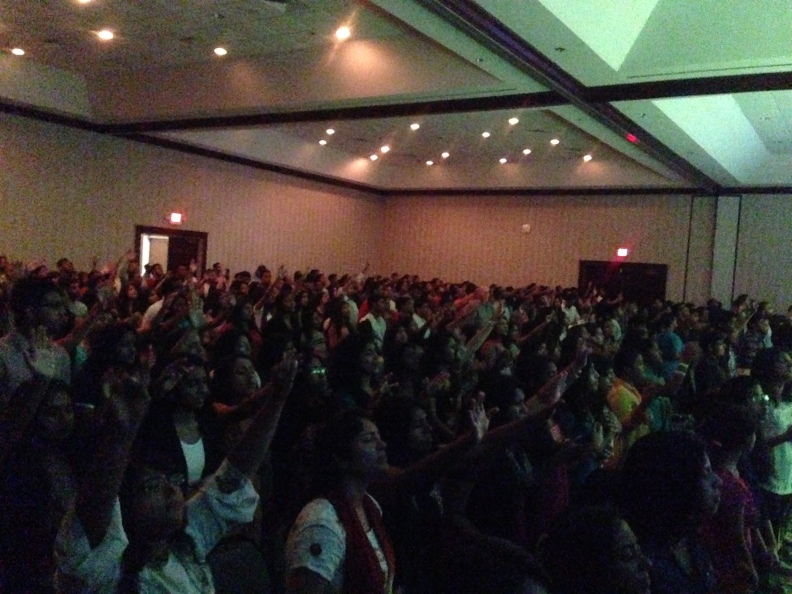 The worship set was followed up with a message from Past Scott again.  After service was over, we did a trophy presentation for the Basketball tourney.

Sunday morning was our final day.  It was also packed, which is great!  Here are some shots from that day. 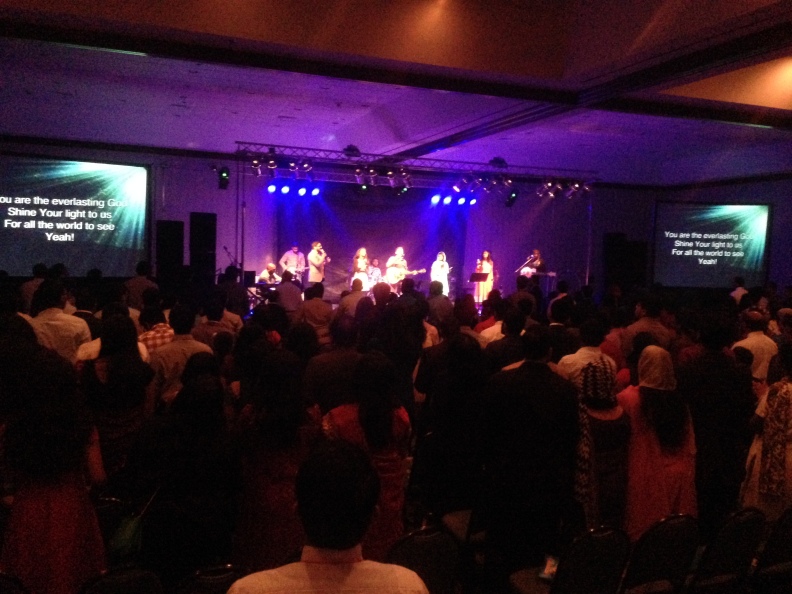 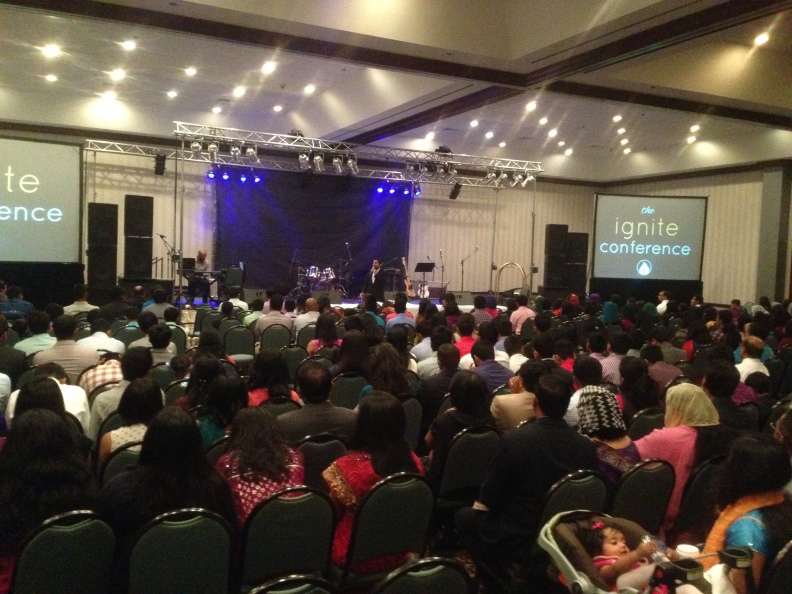 Overall, it was a great weekend!  The local team did an awesome job organizing things seamlessly!  The funnest part for me, was making various promo videos for the conference with Josh Thomas.  Any reason to work with that guy is enough to do anything!