I’ve been wanting to build a playset for the kids. I’ve had thoughts to incorporate it into our tree. I made the mistake of telling Layla my plans and she’s been hounding me about it ever since. Here’s how I did it.

After buying the materials, I bolted 2 – 2×8’s to the tree using 10″ Lag Bolts.  Since I was alone, I temporarily nailed on supports to the tree to hold up the beams while I was bolting them in. 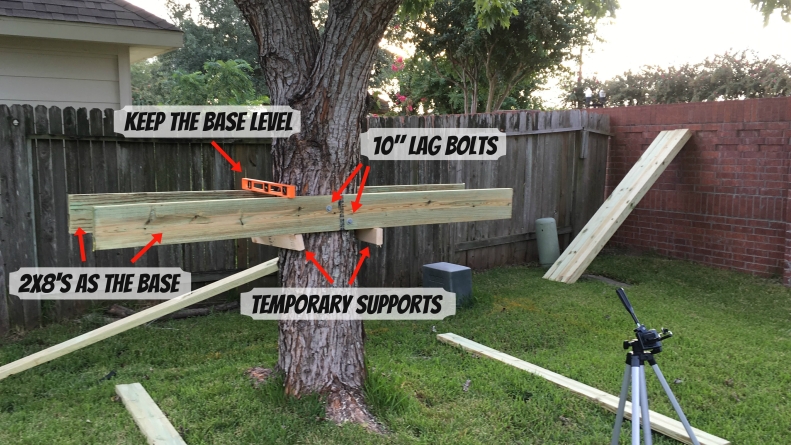 I predrilled the headers and attached 2 of the inner joists to it.  Then I hoisted them up on to the base beams (not easy when you’re doing it by yourself). 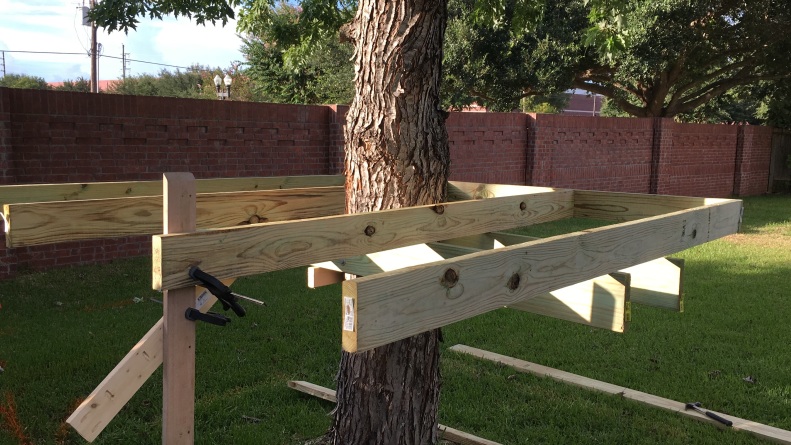 From there, I attached the other joists to the header and then attached the back header.  This made an 8ft x 8ft deck frame. 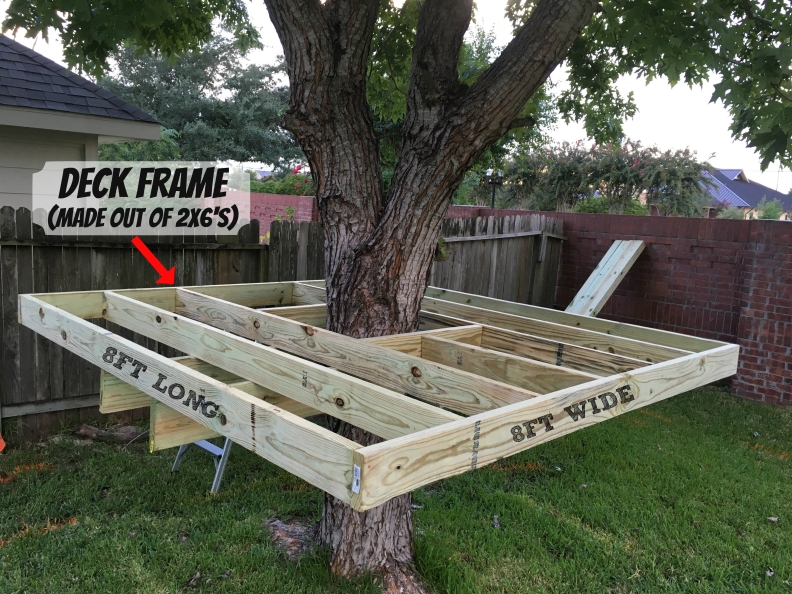 Next I nailed hurricane ties which attached the deck to the base.  Every point where a joist touches the base, I added a hurricane tie. 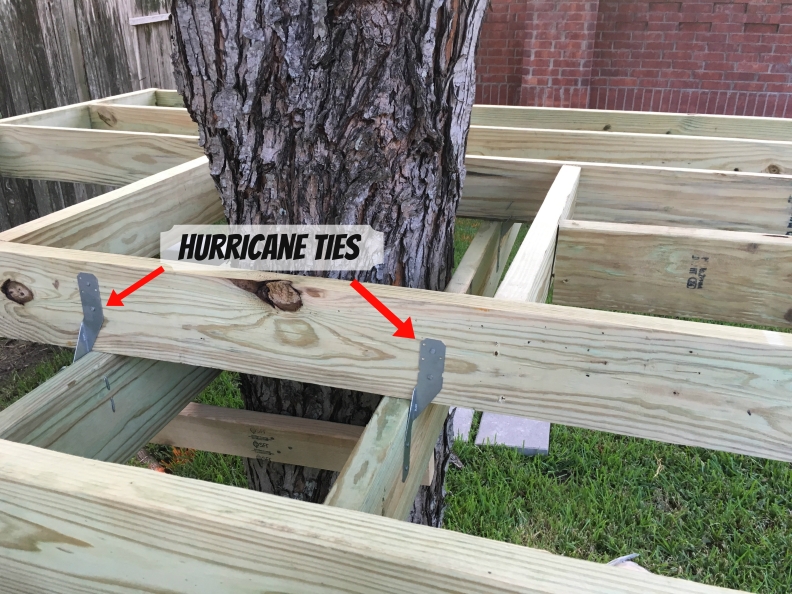 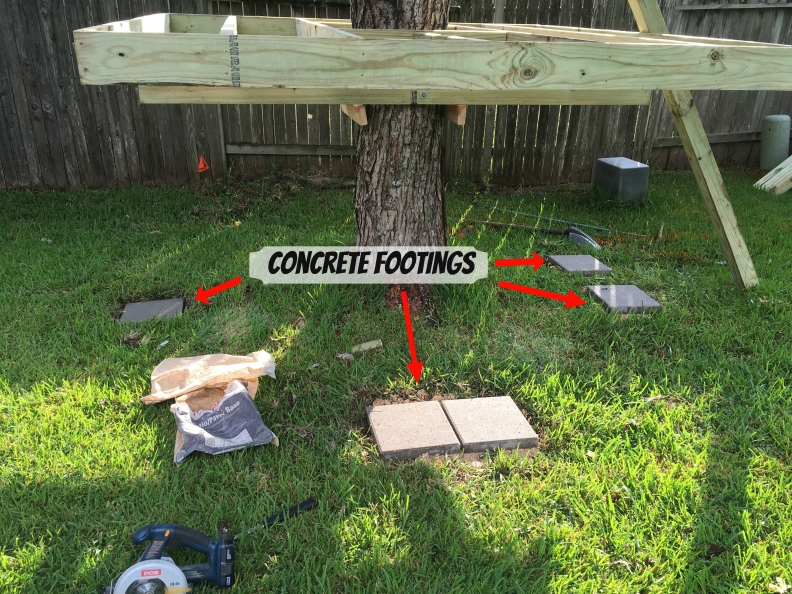 Once that was set, I installed the beams in place.  Although the base attached to the tree gives pretty good stability, I wanted some extra security, so I added these support beams.  Also, I needed beams in these locations anyway to support the swing/ladder/slide.

Next I added the decking.  This consisted of pre-drilling pilot holes to avoid splitting the wood, and then driving in decking screws from the deck into each joist found below.  I used a wooden spacer between each deck board to allow for water to flow through the deck and to also give space for the deck to swell and shrink with the weather. 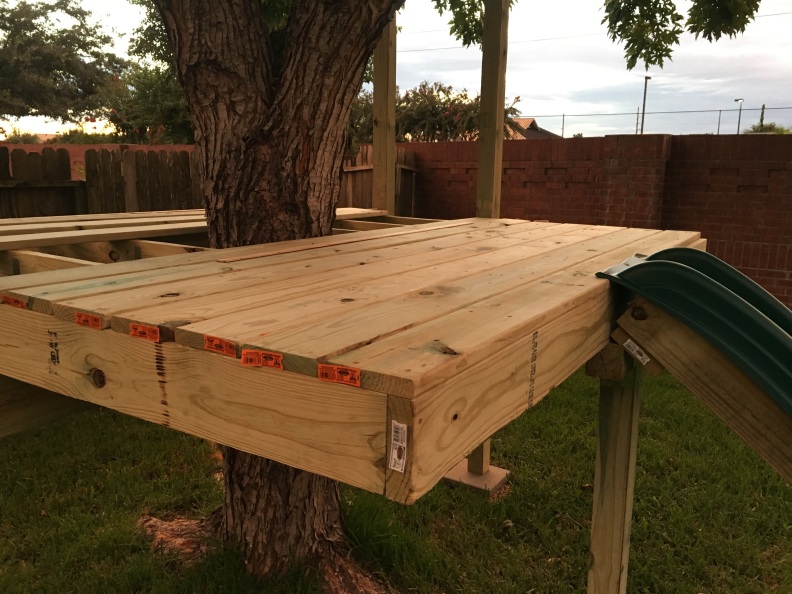 I also created a support frame for the slide using 2×6’s.  The slide would have been fine without the support frame, but I just wanted the extra strength in case I wanted to slide down as well!  In addition to that, I built a support beam (in the shape of an “I”) to place under the slide to give the deck a little more stability in that area.

Sheena and the kids came back from India before I could “officially” finish the tree-house, but it was still playable. 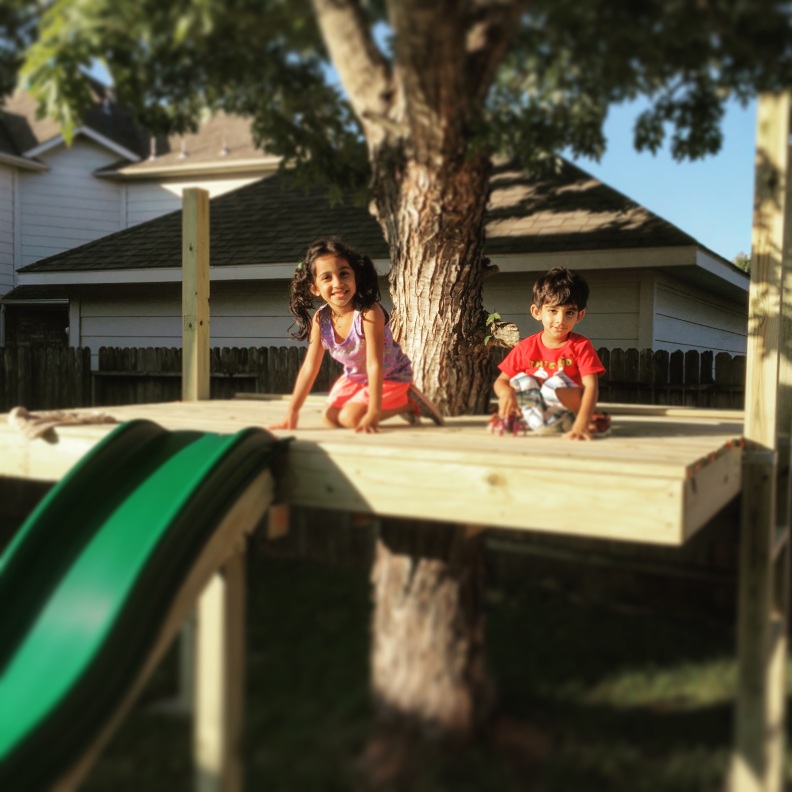 The kids seem to really like it!  Just as a frame of reference, this is essentially how it looks now: 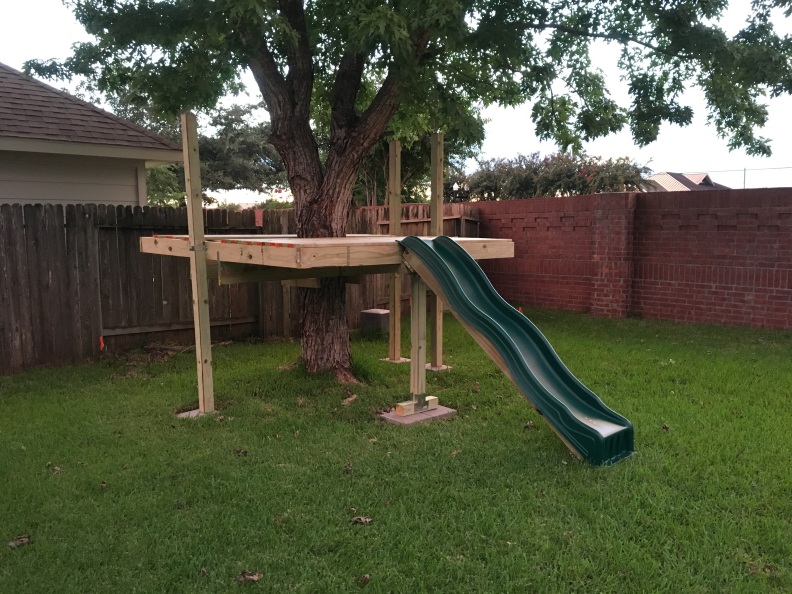 Here’s a professional mock up of what is planned:

Hopefully in the near future I can knock this out.  Overall a pretty fun but laborious project!  Wanna see how it all came together?  Check out the movie below!

One Reply to “Building a Treehouse/Playset – Part 1”