Thursday night, Layla mentioned that she wanted to raise money for heart disease (Jump Rope for Heart) through her school.  I thought it’d be fun to film and “ask” for donations.  Here’s Ezra directing the scene.

We set up Que cards for her to read from, a bit of lighting and I just used my iPad to film/edit it.

It did pretty well!  She reached her first round goal and she’s hoping for some more donations!  Thanks to those that have donated!

On Friday on my walk in to work, I saw this in front of my building.

Crazy, right?  These pics were actually taken by my friend Neil Patel.  I guess homie took the turn too fast and rolled his truck!

Friday night we headed out to Jupiter Pizza. 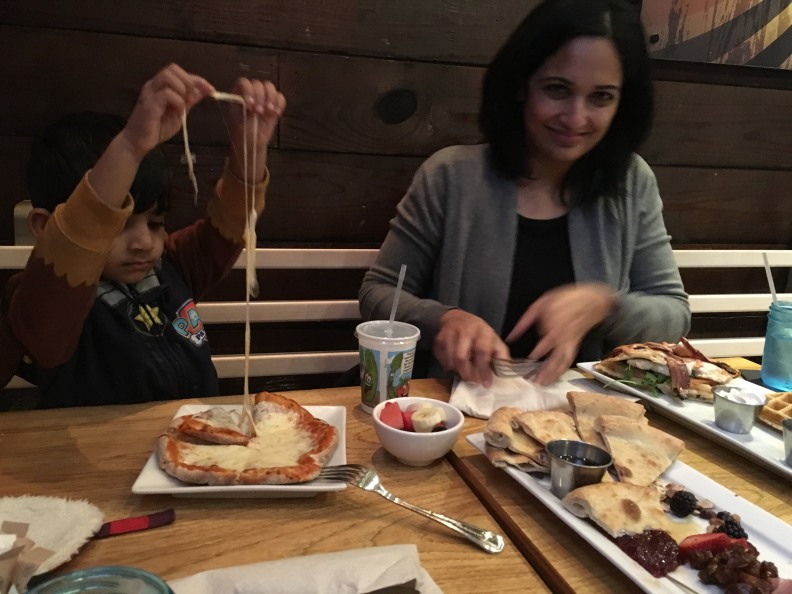 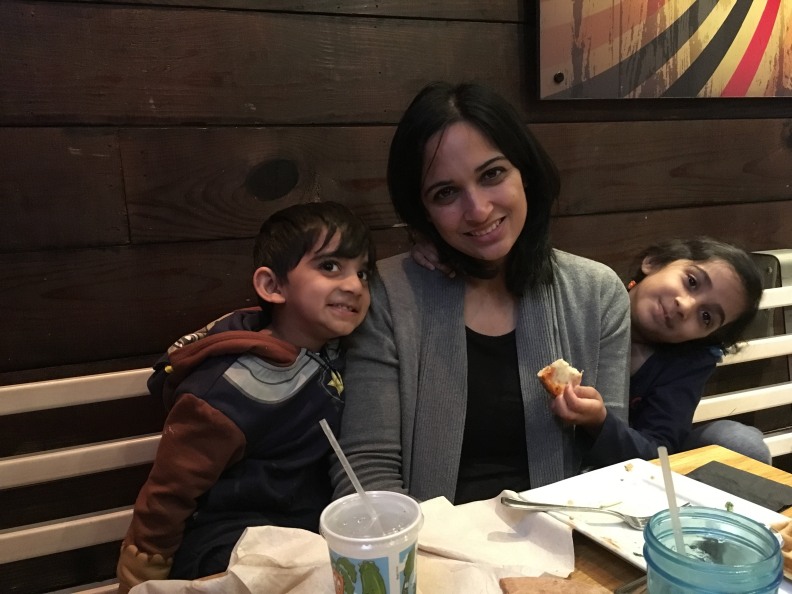 We’ve been pretty good about making food and eating at home, but sometimes, you just gotta get outta the house.  It was nice to breakaway.

Friday we also got the sad news that Jolly’s sister’s husband had passed away in a car wreck.  It’s been a very tough time for them with a number of things going on in their lives among the family.  Pokie set up everyone to go to Blesson and Jolly’s house Saturday night just to spend time with each other.

Lisa came and wanted to remind you that only you can prevent forest fires.  Here’s a shot of her w/ Smokey the Bear’s hat along with the Mathew’s. 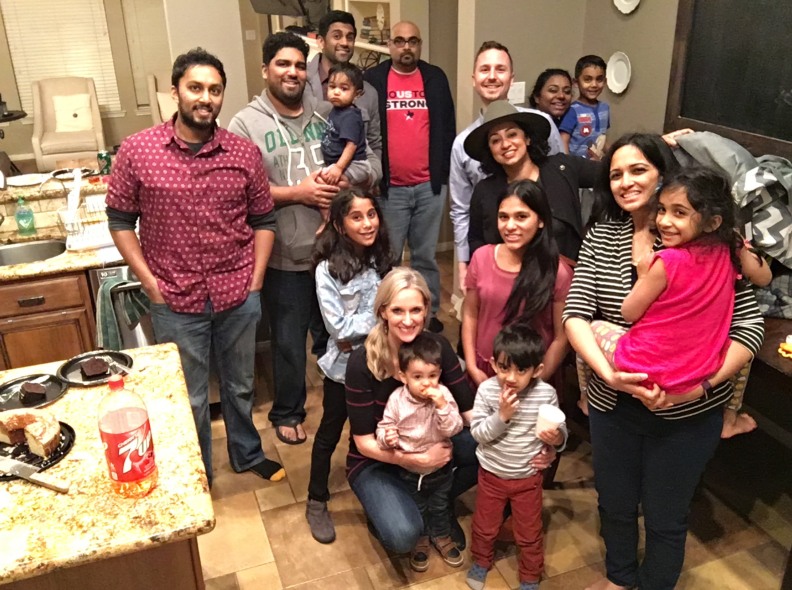 Sunday, we did our usual.  Went to church, then HEB, then we kicked it until the Super Bowl started.  The kids wanted to play outside, so we did for a bit.

Ezzy’s been working on his six pack for a while….

I hope everyone had a great weekend and enjoyed watching the big game!