Now that we have a table in the backyard, it’s only fitting to have some seating  for it, right?  I didn’t want to just buy a bunch of chairs and call it a day, so I decided to build at least one bench to go along with the table.

The build was relatively simple.  If you’ve followed my other projects, it’s basically the same run:  Draw up some plans, cut the wood down to size, 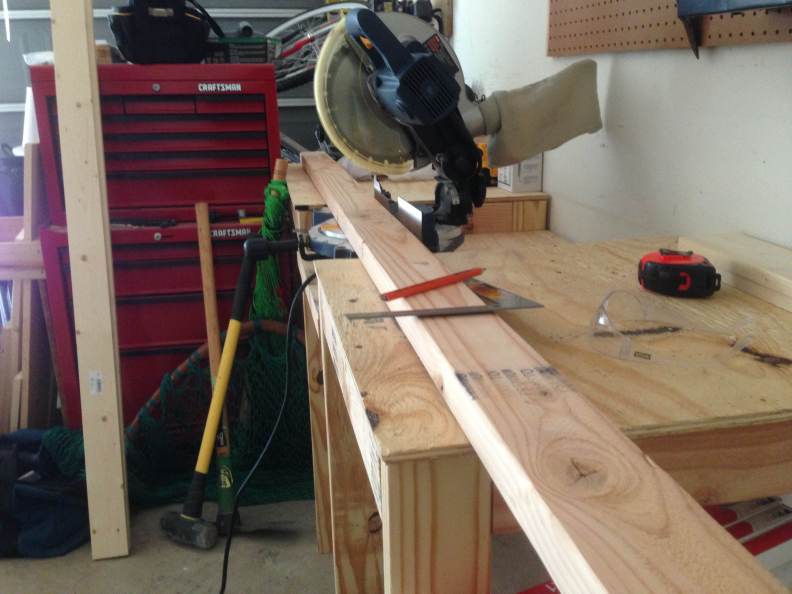 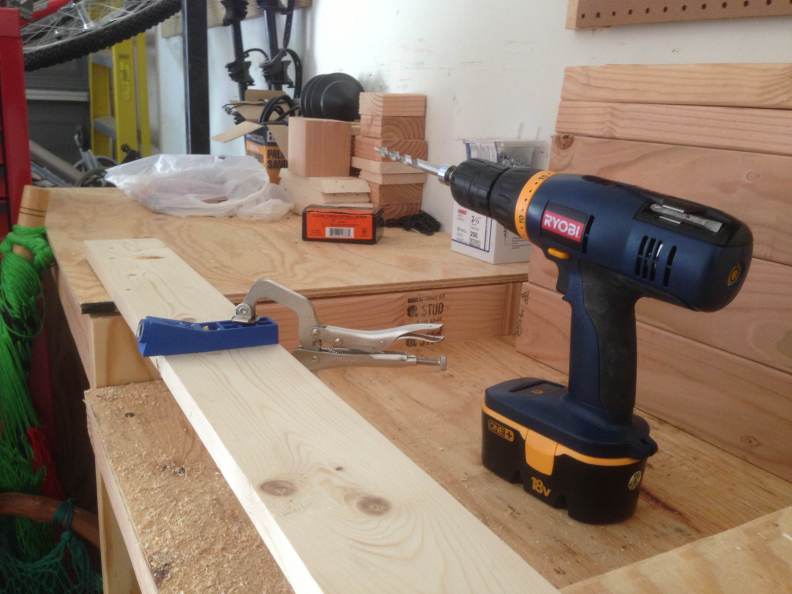 and then put it all together.  I started with the seat top by clamping 2 boards at a time to get it as lined up as possible.  Then it was just a matter of joining it all together with the pocket-hole screws. 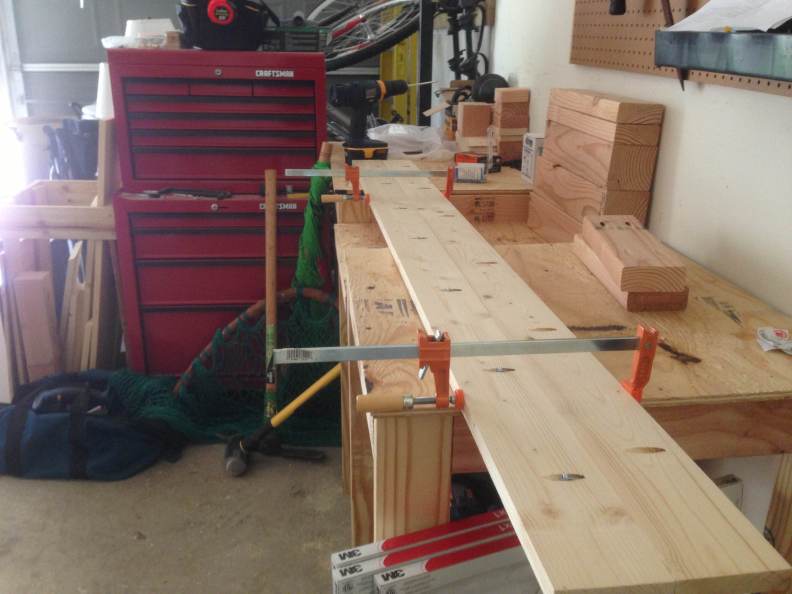 Then I put the skirt/frame together.  Here’s a shot of the seat top and frame:

I wanted to try something different in regards to attaching the legs, so I drilled a 1/2in hole in the skirt and legs and bolted the legs in. 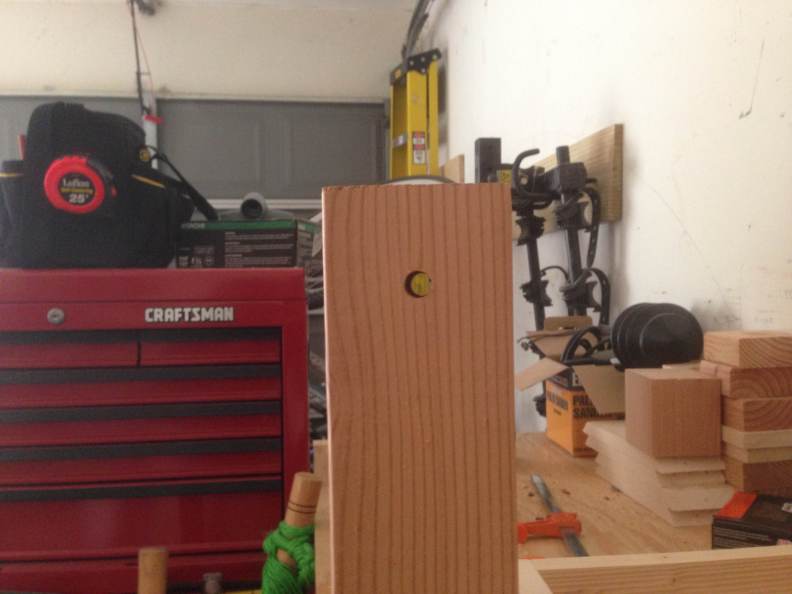 Since it’s a bench, I wanted to make sure it was secure to handle some weight, but at the same time, I didn’t want cross beams running across the legs.  I decided to reinforce the base of the bench with an “I-beam” and additional support piece in the middle. 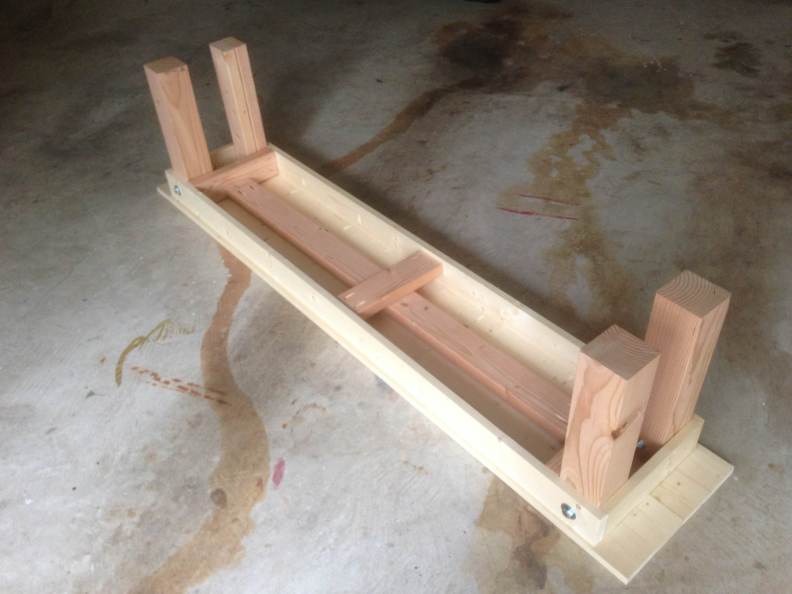 In these pics you might notice that one of the legs are not like the others… that’s because I was using a leftover piece of 4×4 from another project.  I was only able to get 3 legs out of it, so the 4th leg was made by joining 2 – 2×4’s.

I bought some chairs from Home Depot as well, to add to the mix.  Here’s some shots of everything together: 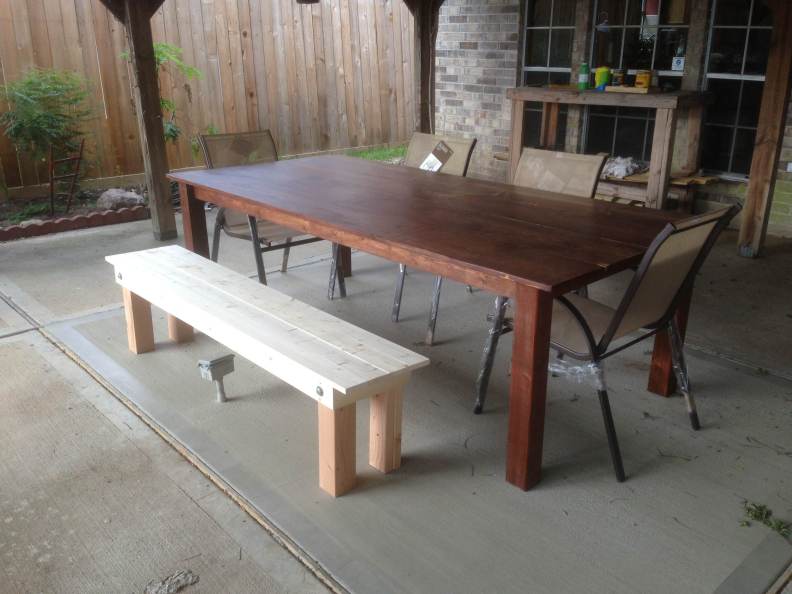 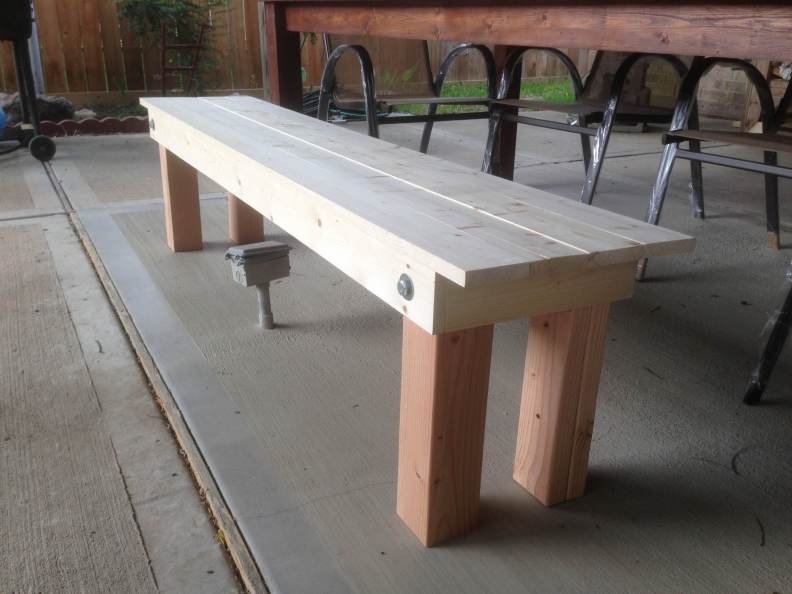 Another reason I didn’t want a cross beam for the legs is because there’s a plug outlet that sticks up from the ground (this is from the Jacuzzi that was previously here).  I figured the bench would be a good way to avoid that tripping hazard.

Sheena and I thought it would be cool to leave it “naked”, but after putting it next to the table, it simply looked unfinished, so after some sanding, staining and sealing I’ll be “officially” done with it, but for now, it’s still usable!  I’ll try to post some pics after the job is completely done.

One Reply to “Backyard Bench”