While my folks were in India, I thought it’d be nice to clear some space in their garage so that they could park both of their vehicles in the garage.  It wasn’t much work, just throwing away a bunch of empty boxes.  After I did it, I got a little jealous and wanted to put my car in the garage as well!  Right now, one side is dedicated to Sheena’s car.  The other side is a mix of my workbench, toolbox, hanging bikes, and lawnmower storage.  It also becomes the holding spot for empty boxes that are meant to be thrown away.  I’ve always told myself, “Sajan, you just have too much junk.  Stop dreaming about being able to put your truck in the garage.  It’s not gonna happen”.  Although that might be true, I had to at least try, right?

I started by staring at the garage trying to figure things out.  The footprint of the garage is actually pretty small, so I needed to maximize the wall space.  The previous owner had some old school cabinets on the back wall.

At first I thought they would be very useful, but it turned out that it was a waste of space.  Everything I wanted to store in the garage was much larger than what would fit into those cabinets.  So that was the first thing to go.

I couldn’t just throw away cabinets (no matter how wack they were), so I started a donation pile to bring to Habitat for Humanity in Fort Bend in their ReStore department.

I’ve donated to them before and the process is pretty easy.  I get to get rid of stuff I don’t need (for free) and someone else can get stuff that they might want.  Win-Win.

Next was the workbench.  I built it not too long ago, but it takes up quite a bit of floor space. 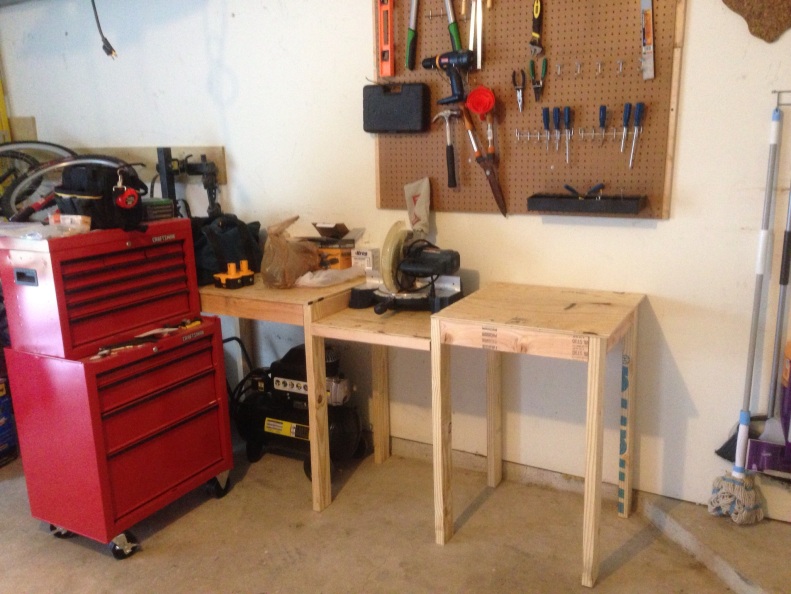 I “collapsed” it by removing the center piece and making it into a shelf.  then I moved it to the back wall.  I also moved my toolbox right next to it.  The other part of the bench will sit on the other side of the toolbox.  Now, I’ll just have to move the workbench down whenever I want to do a project, but that’s no biggie.

You might have noticed the white shelves in the pictures.  Those have been pretty useful, and it’s hard to simply get rid of something useful, but the goal is to maximize the space.   With that goal in mind, the smaller shelve is in the donation pile.  Between the donation pile and the trash pile, I was really getting rid of stuff that doesn’t need to be there, which also eliminates the need for that shelf.

With the donation pile growing, I rented an open-bed trailer from Uhaul and got to work. 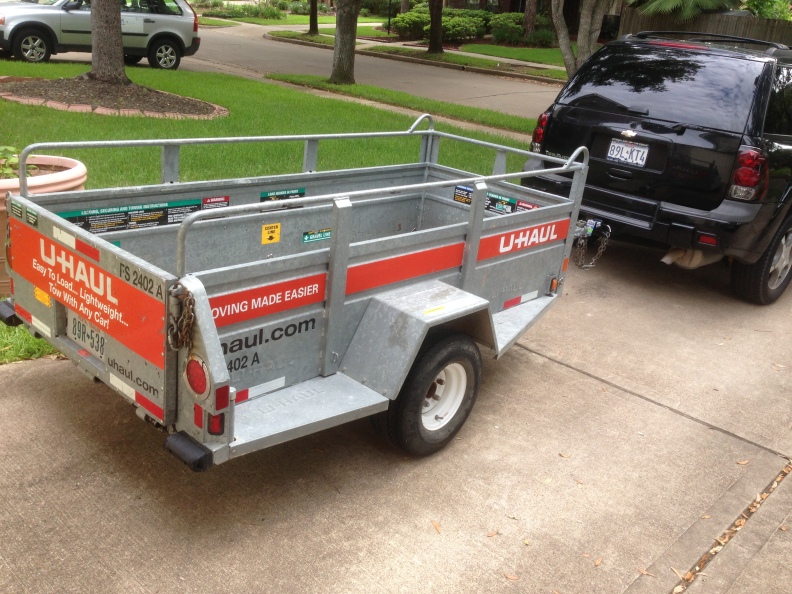 I loaded it up with all the “goodies” to be donated to the ReStore Shop of Habitat for Humanity.

I drove over to the ReStore shop and dropped off all the items. 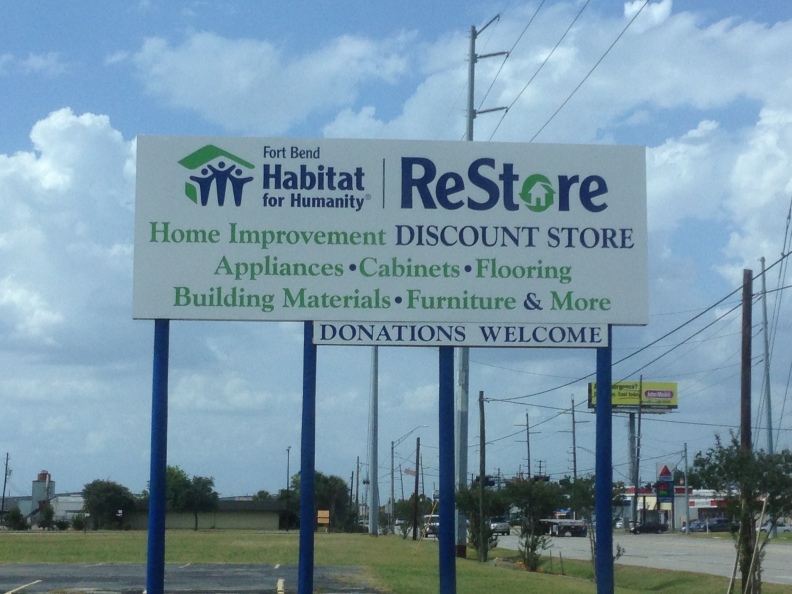 It was pretty seamless.  The ReStore team tallied up my items and gave me a receipt for tax purposes.  I took a quick look around and there are a ton of things there that they keep pretty well organized.

After dropping off the donations, I came back home and did a little more rearranging.  I filled in the back wall with the workbench, toolbox and remaining shelves.

The next step is to work on the upper shelving.  The goal is to have 1 shelf that spans across the entire back wall (right above the shelves).  That’ll be used to store larger items that aren’t always needed.

The shelf build was relatively simple.  As always, it begins with a run to Home Depot and cutting things up to size.

It’s nothing fancy (or pretty).  I just used 2×4’s and made a shelf that was 10ft long.  Building it was easy, but mounting it was another story.  I located the studs on the wall and the joists on the ceiling.  Luckily Earl was free to help me mount the joist support.

Then my parents stopped by to visit Layla, but my Dad ended up helping me mount the shelf base and support beams.

Then I just used 1×3 strips of wood as the actual shelf and started placing our junk up there.

Things are starting to look promising about getting my truck in the garage, but I’m not there yet.  There’s still a few items that need a home like our bikes and lawn equipment.  I’m still brainstorming ideas on how to get that done.  At the very least, our garage is a little bit neater, so that’s one positive from all this work, right?