We’ve moved into the new house and now getting the prior house ready for rent.  One of the things I had to handle was patching up a drywall hole that was made when the plumber did some work in the laundry room.  Here’s what the plumber left behind. 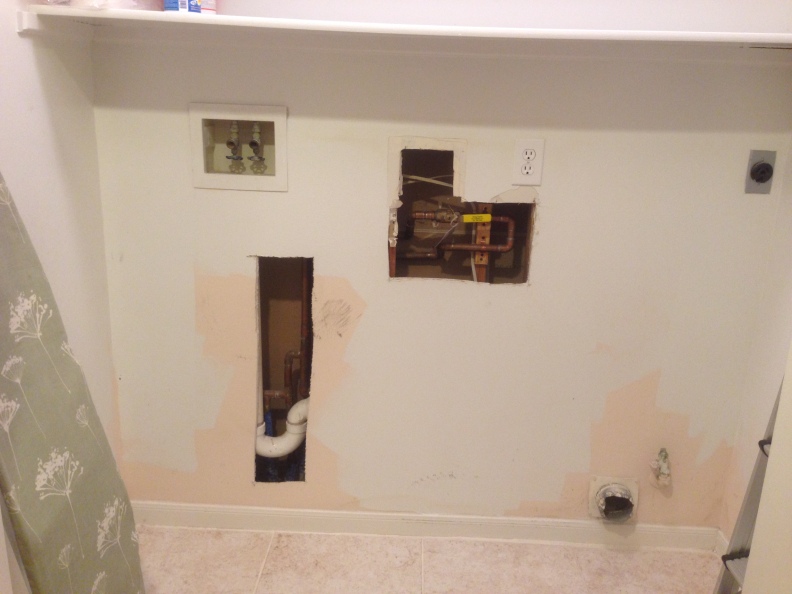 Mind you that this was maybe 2 years ago!  I told myself, “yea, I can fix that, I’ve done wall patch ups before”… but since it was behind the washer and dryer, I didn’t put any priority on it…. but now that we’re all moved out, it is very exposed, so I had to do something.

First, I attached some scrap wood behind the existing drywall to allow for some support and something to attach the new drywall on to.

For this particular hole, I actually had to cut it bigger to do a proper job.  Then it was just a matter of cutting the new drywall to size and attaching it to the wood. 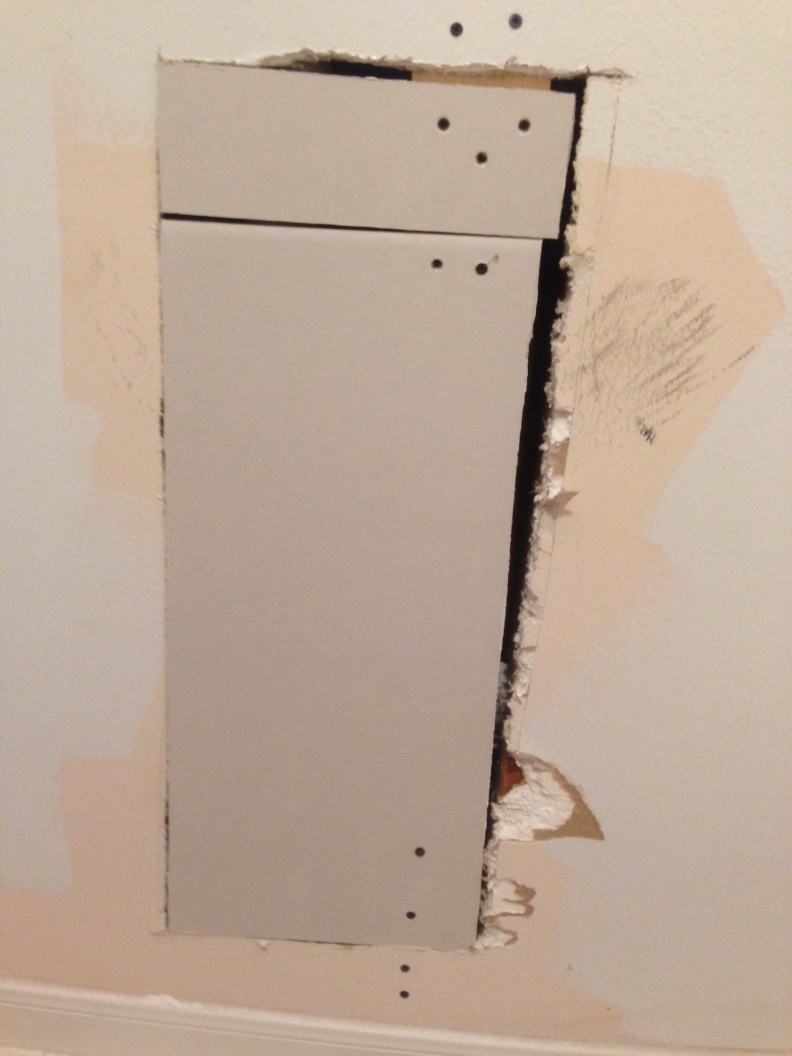 You’ll note that there are some pretty big holes next to the patches I’ve made.  I couldn’t cut it perfect to size because of pipes and other things behind the wall, but I just made it as close as possible.  The next step was to use some self-adhesive mesh tape on the seams.

Then I just used some joint compound and tried my best to cover all the seams and screw holes.

As you can see, I left a huge part of the hole there because that yellow lever is the water main to the house, so we need easy access to it.  I think I’ll make a little door for that later on.

After letting the mud dry, I used a sanding block to smooth things out. 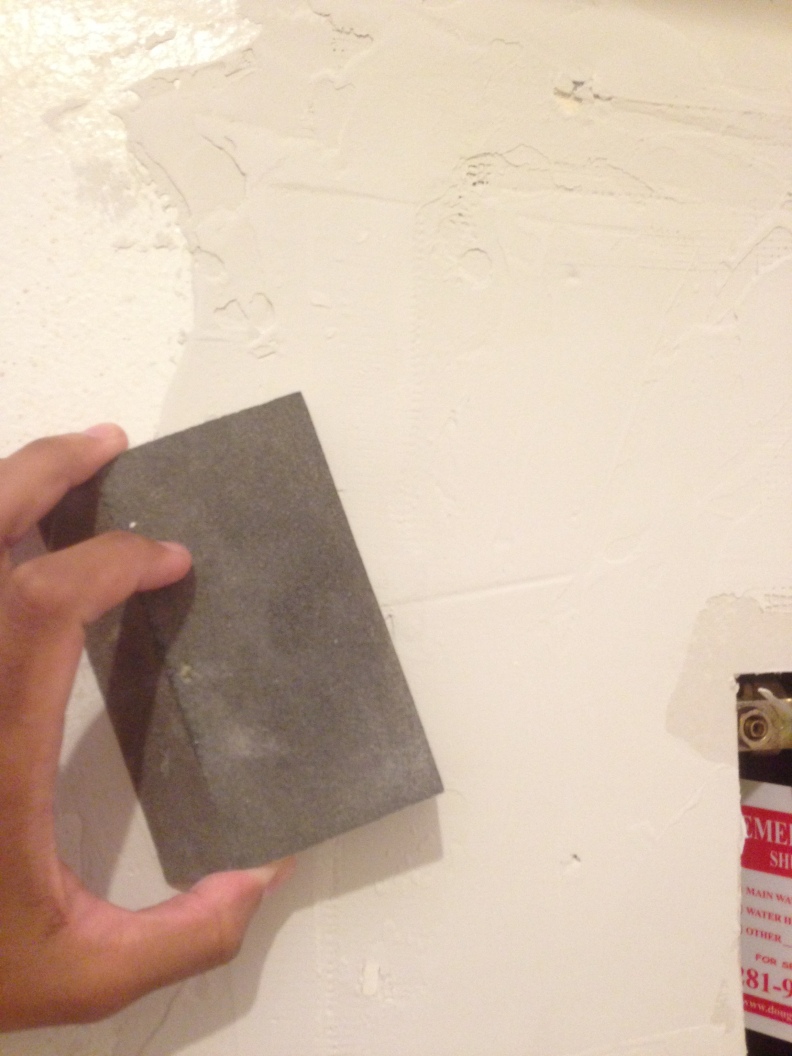 Then I just bought some white paint to match the existing wall.

Not too bad… if I do say so myself!

Here’s a before/after pic to better show the results: