My little girl is 4.  I can’t believe how quick that happened!  To celebrate we threw her a little party at our house.  If you remember we did the same for Ezzy a month before, but we toned it down this time around. 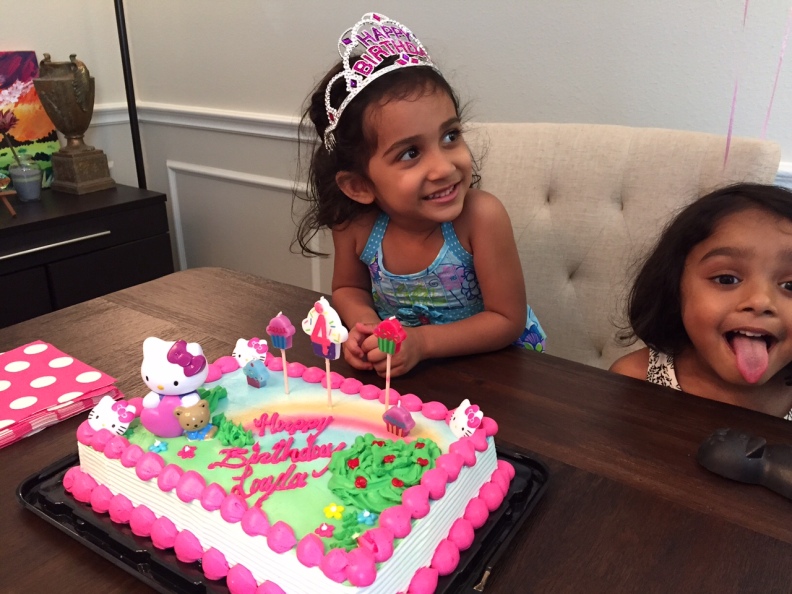 Before the got the party started, we made Layla fill up the pinata… Gotta earn your keep at the Abraham House! (she wanted to do it)

After that, the kids did some yoga.  Or they both just mooned me… 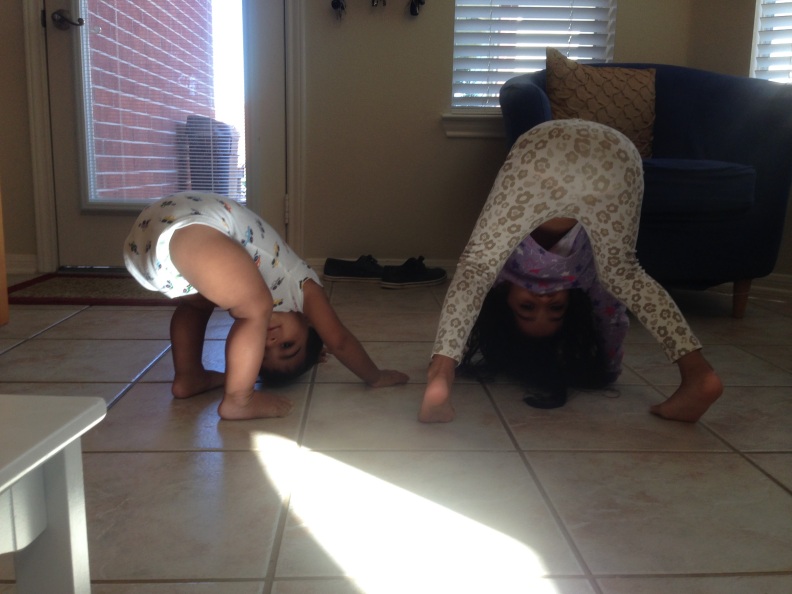 Ezzy then tested out the Veggie Straws.. He approves.

Sunday, we had friends and family come over for a small party at the house.  The menu was chicken sausage hotdogs, mini sandwiches and meatballs.  We just wanted easy to eat food.

The Texans were on, so the guys spent most of the time watching the game.

The kids grabbed their food and went upstairs. 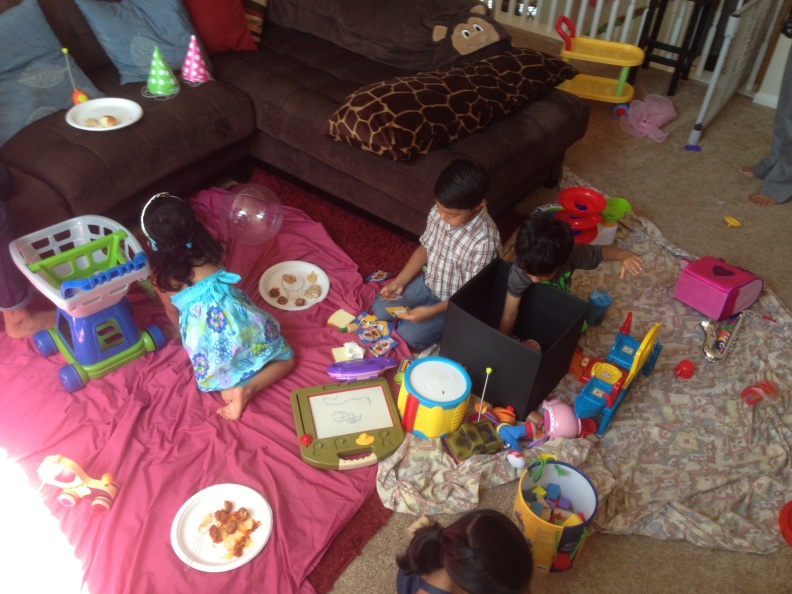 Here’s a shot of the cake.  Layla was very involved in planning her party.  We initially thought the theme was unicorns and rainbows… but when she saw the Hello Kitty cake, so we got that.. then she wanted the Minnie Mouse Pinata… Themes are overrated anyways… 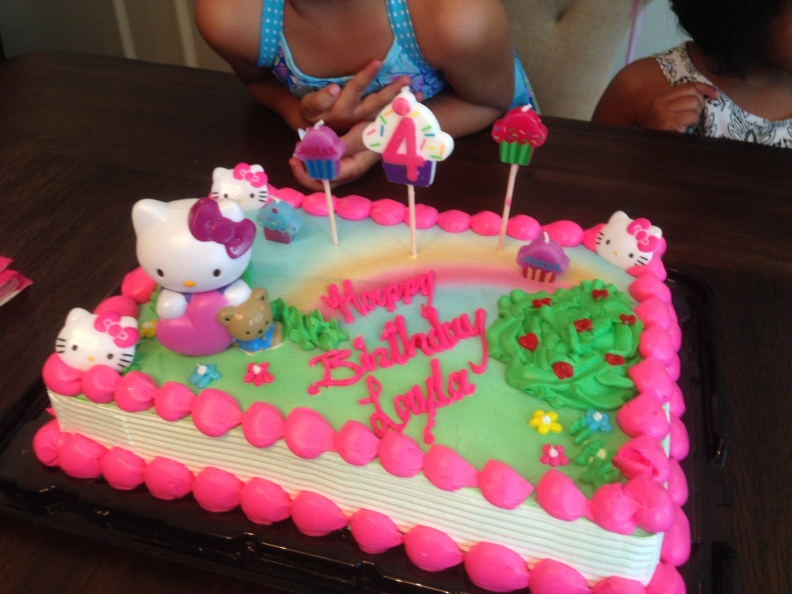 Here’s Brucey and I admiring the cake.

Lisa grabbed Brucey from me and his shirt rode up a little.  I hope his parents don’t notice his “Thug Life” tattoo… 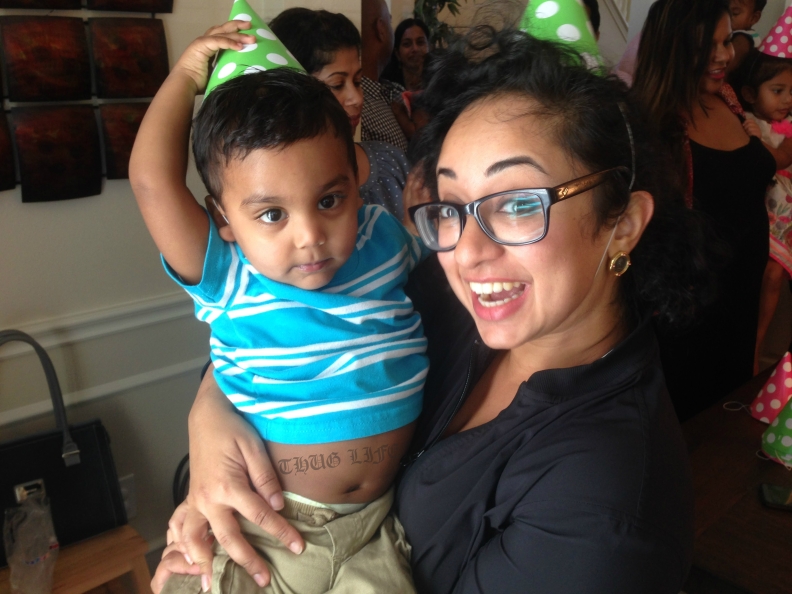 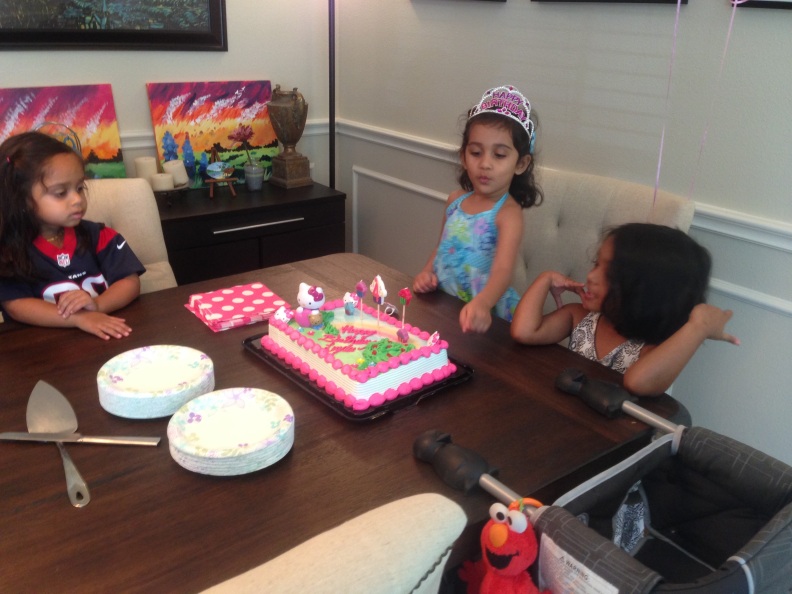 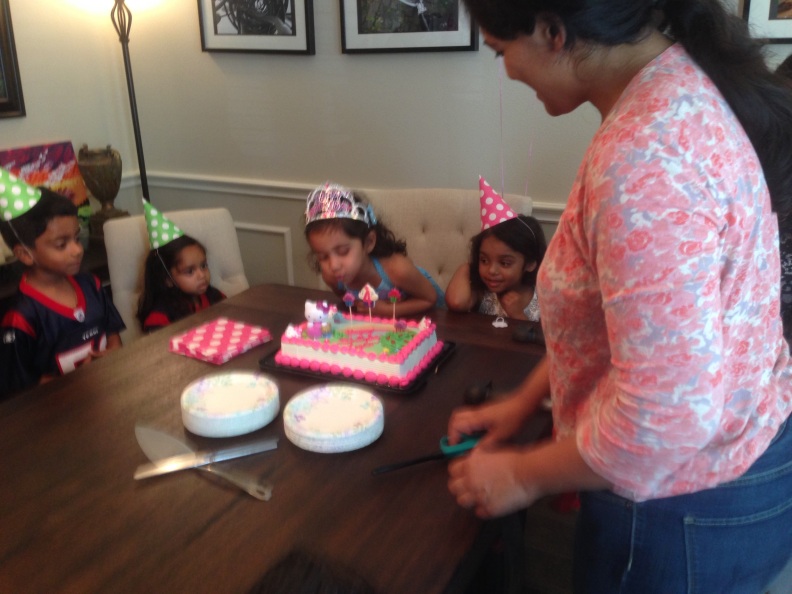 After Layla blew out the candles, she wanted to feed her grandparents and Brucey.  Ezzy was taking a nap, so he missed out on the cake! 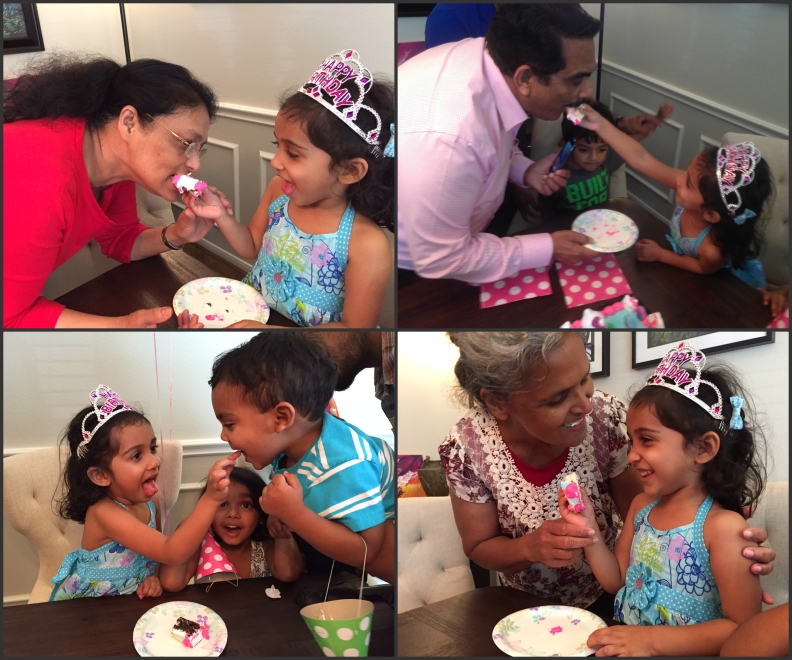 After cake we headed outside to bust open the pinata! 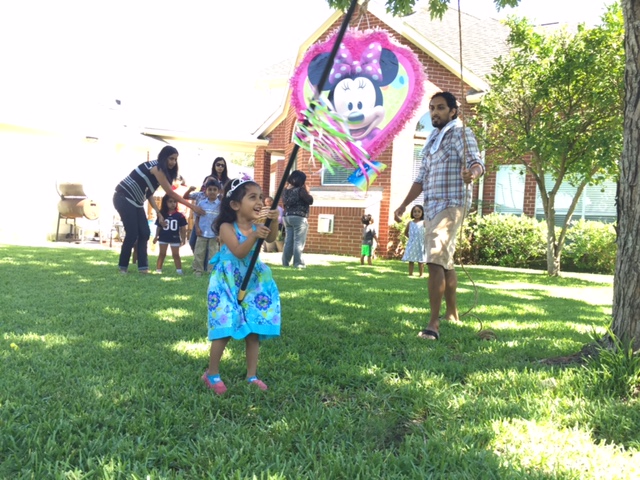 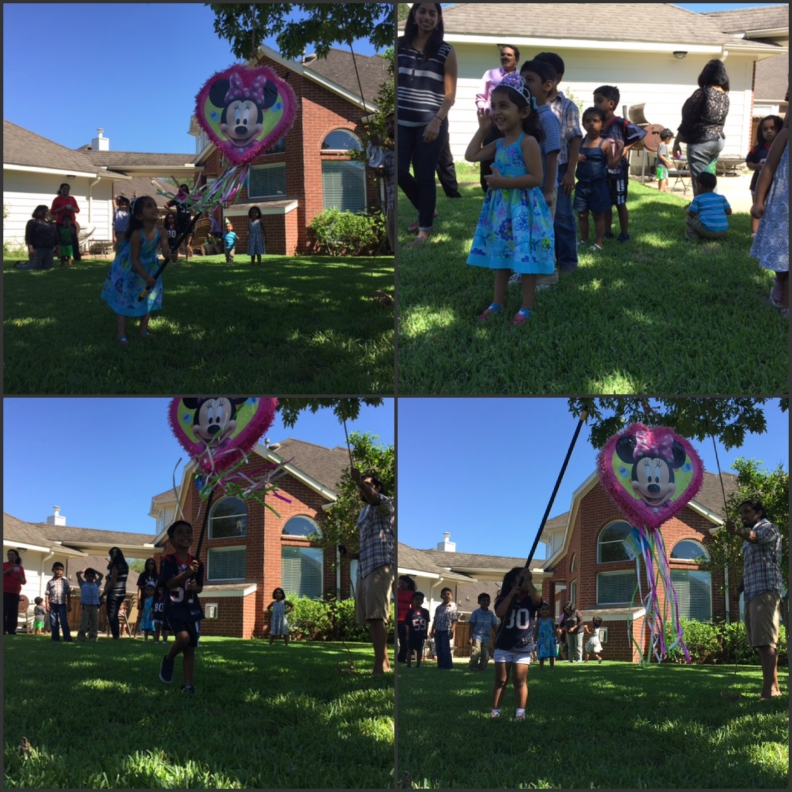 You’ll notice in one of the pics that my Dad was waiting for his turn with stick in hand… hahaha.  After everyone left, Layla opened up some gifts! 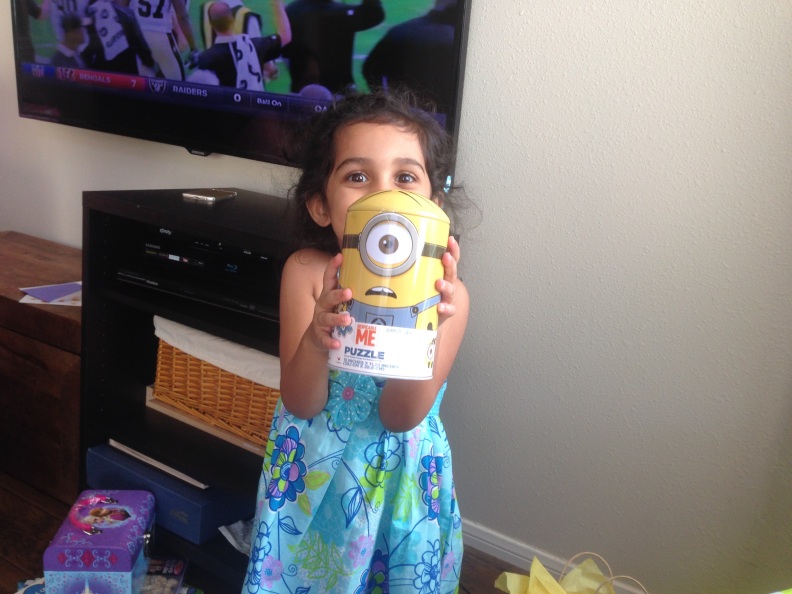 Then we stepped outside to enjoy the weather and the new toys.

Layla wanted to snap a pic of us. 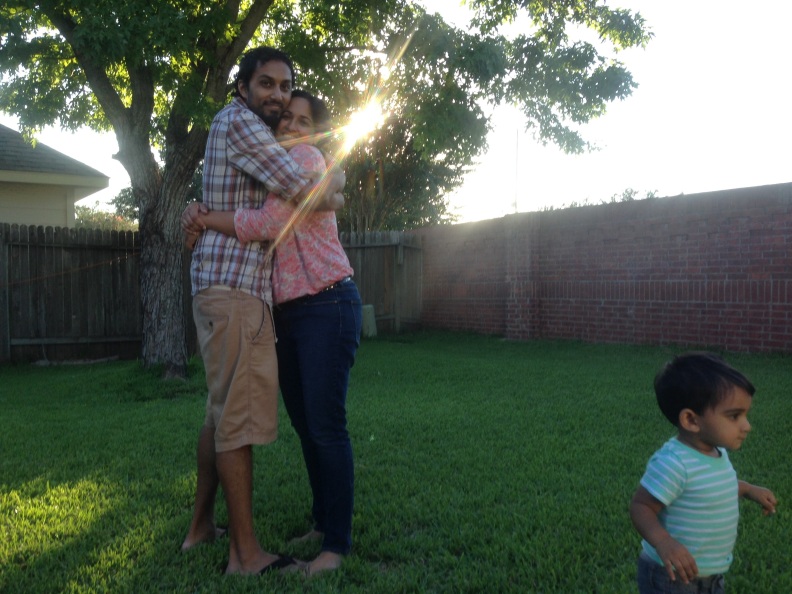 After a shower, the kids kicked it on the couch.

Layla’s actual birthday was on Tuesday (Sept. 15th), so we had a little party with her school friends. 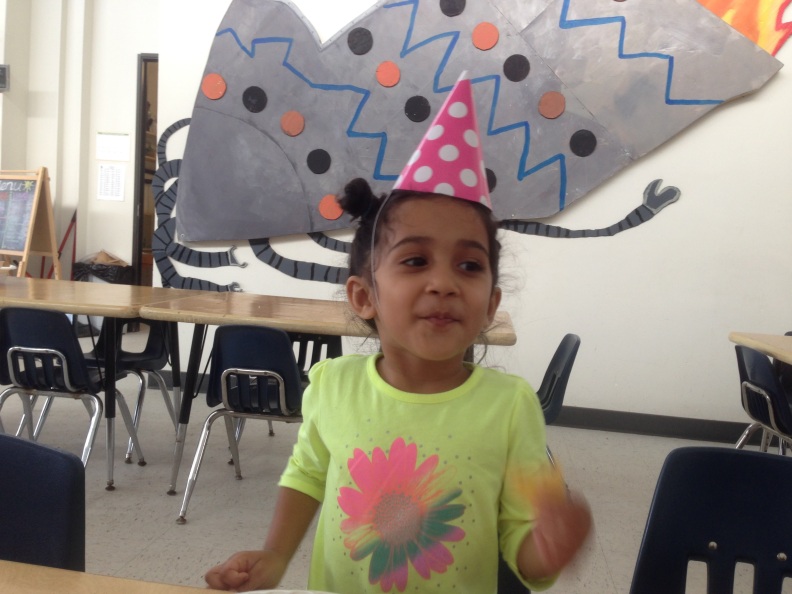 Ezzy had a good time exploring.

Judging by the smile, it was good!

Layla was sweet enough to share with her baby bro. 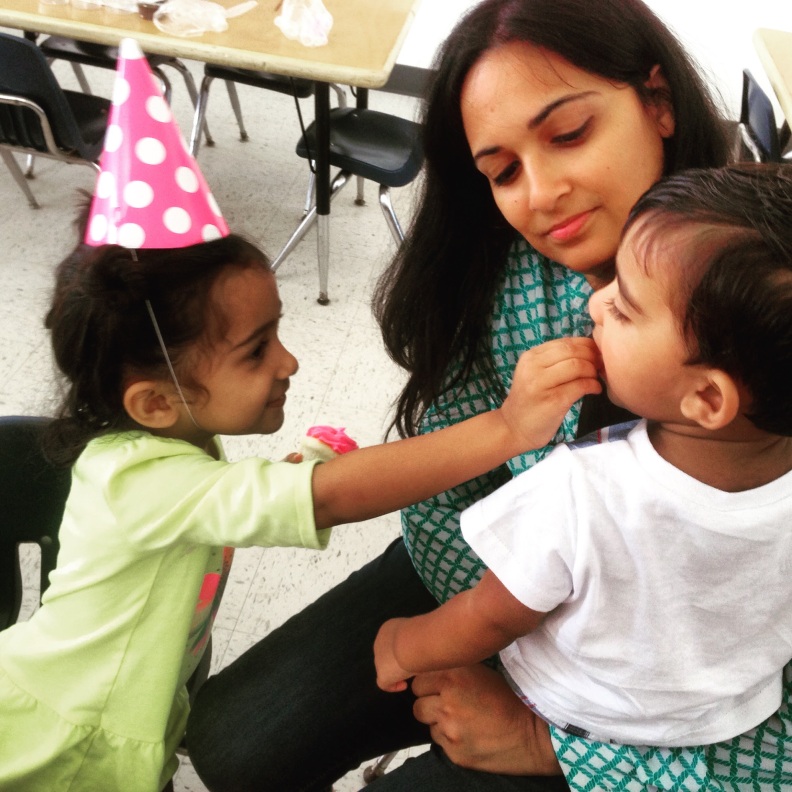 Layla is sooo awesome.  I know I’m biased, but she just is!  Over the last 4 years, I’m quickly figuring out that she’s smarter than me… Which I’m ok with.  She’s such an awesome big sister to Ezzy and an easy to raise daughter to Sheena and I!  I couldn’t ask for more!  Happy Birthday Layla!