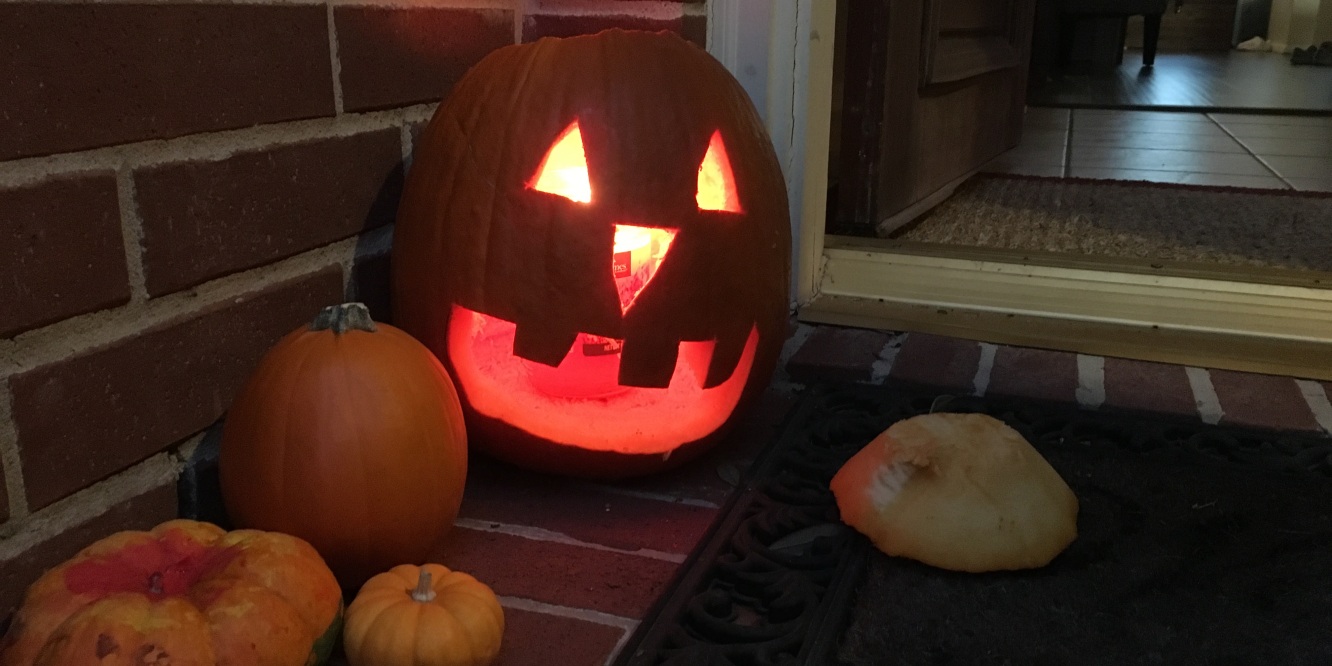 I’ve never carved a pumpkin before.  Its just something we never did.  For some reason Sheena bought 2 big ole pumpkins this year, so we carved ’em up.  Here’s what I did:

First, I set up shop.  trash bag on top of a table outside.  We bought a carving kits, so that’s on the table as well.  I drew a traditional face.  First time, so keeping it simple. 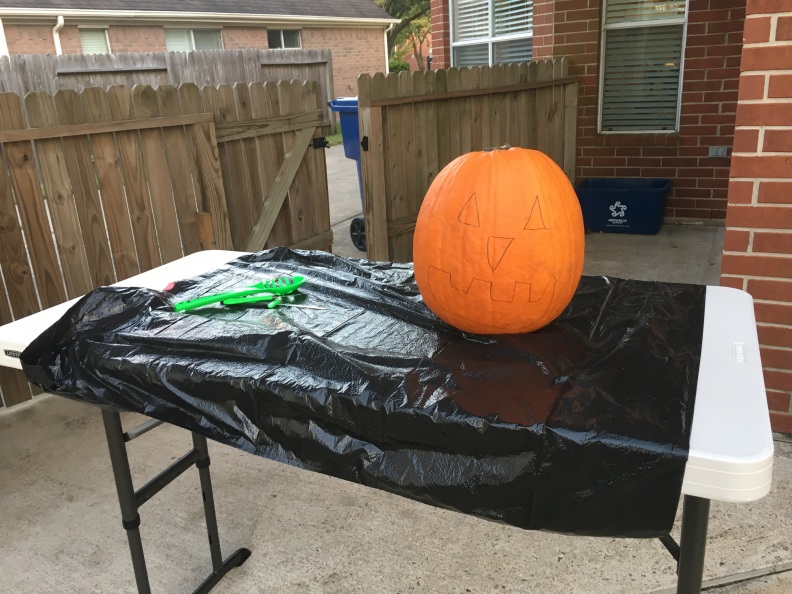 Next I cut the top off and started gutting it!  Oddly satisfying.

Then I cut along my trace lines to make the face.  Easier than I expected.

Then I brought it to the front of the house to join Ezra, Layla, and Sheena’s pumpkins.

Sheena got fancy and carved an “L” and “E” in her pumpkin.

To up the style on my Jack-O-Lantern, we shoved a candle up in there.

Overall, pretty easy!  Maybe this will be an annual thing!  Sheena made a video of the process.  Check it out!