Sheena and I decided that we wanted to take a week off from work and just relax.  Once we did that, the pressure was on to figure out what we should do.  We didn’t want to go anywhere too far and we didn’t want to do the usual trip to close by city (Austin/Dallas/San Antonio).  We’ve heard about the Hill Country a lot, so we decided to make our way to Central Texas.  Here’s the run-down of what we did:

MONDAY:  Head West (on I-10).  Our destination was Johnson City, TX, but we decided to make a stop in Driftwood, TX to visit the ever so popular Salt Lick.  I’ve heard so much about this place, and since it was on the way, we had to make it our lunch spot.  Luckily, my good friend Samir lives outside of Austin so he, Mindy and their cute lil boy Rizah joined us for lunch. 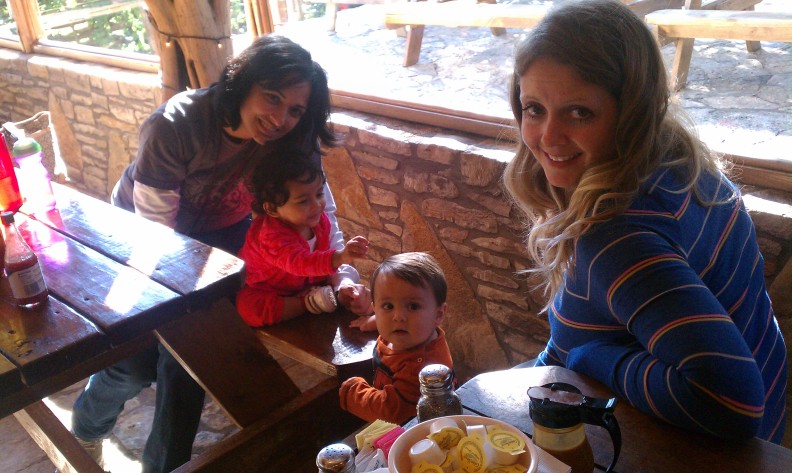 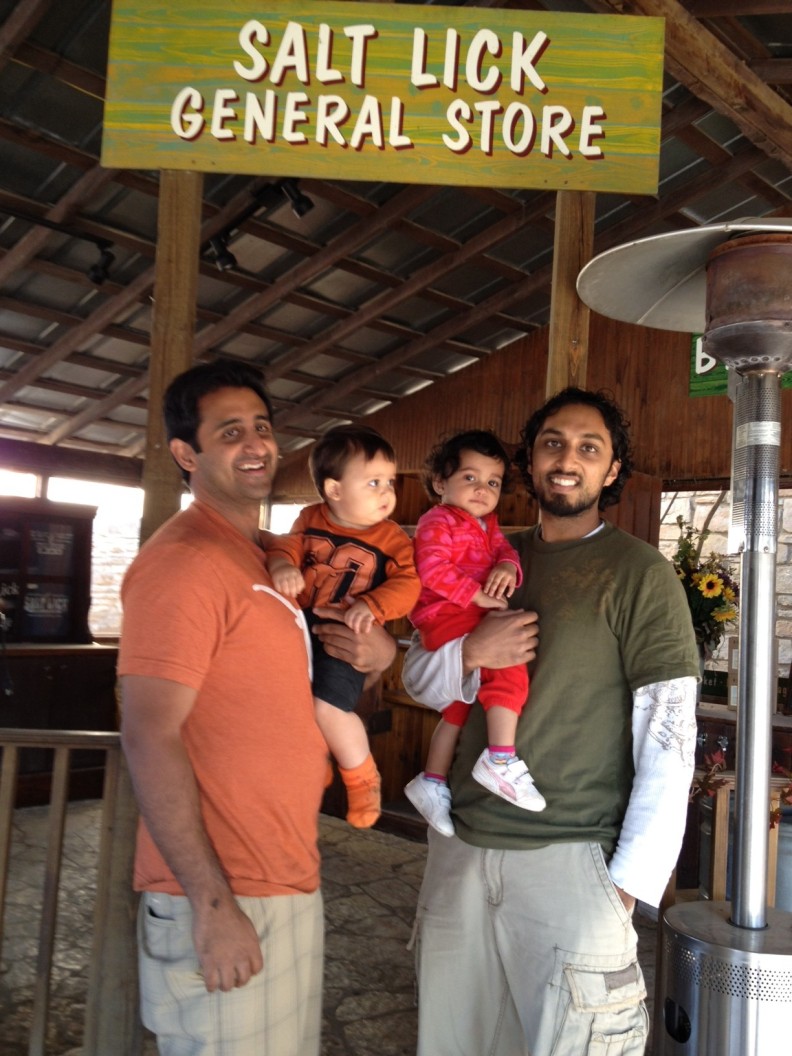 The food was amazing, but the company we had was better!  After a filling meal, we headed back on the road.  We got to Johnson City and checked into our cabin.  We found a place about 4 miles outside of Johnson City called The Exotic Zoo Resort.  It’s a zoo that sits on 137 acres where the animals run free.  Once we got there, they were about to do their last tour for the day, so before we got into our room, we jumped on the back of a trailer and made our way through the grounds.  It was amazing.  We were able to feed the animals and pet them as we drove through.  They had a wide variety of animals as well.  Bison, camels, deer, cows, goats, ponies, donkeys just to name a few. 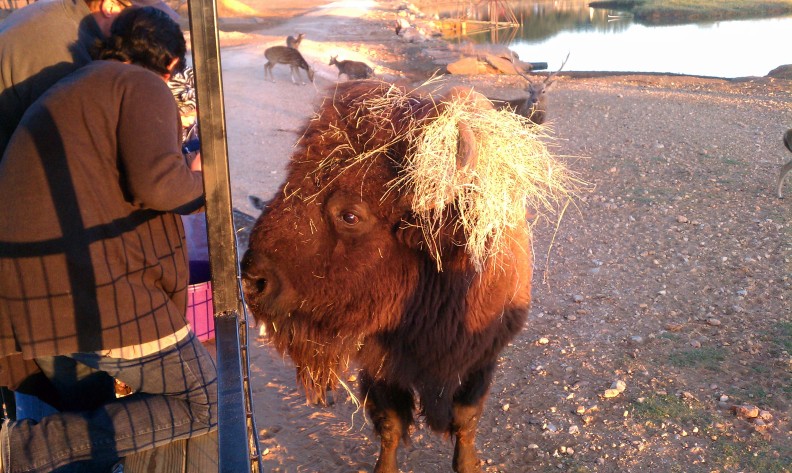 After the tour, we drove up to our cabin.  Inside the gated cabin area, there is a petting zoo.  It was cool cause you’re just naturally surrounded by animals and they’re all so tame.  Here’s a pic of the cabin 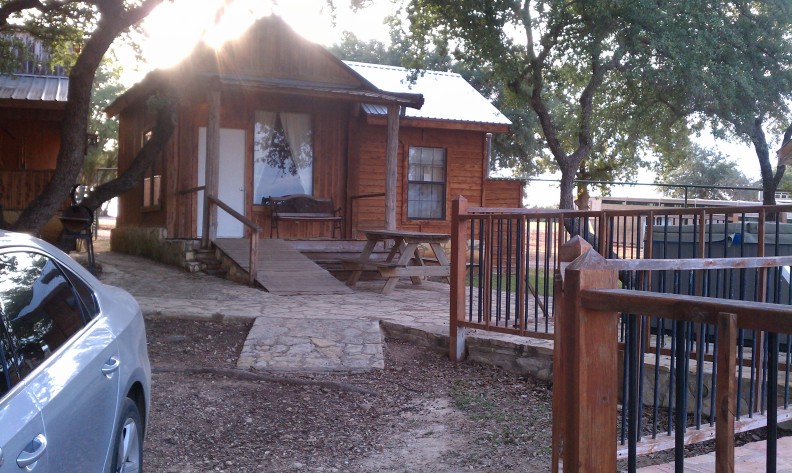 and here’s the view outside of our cabin 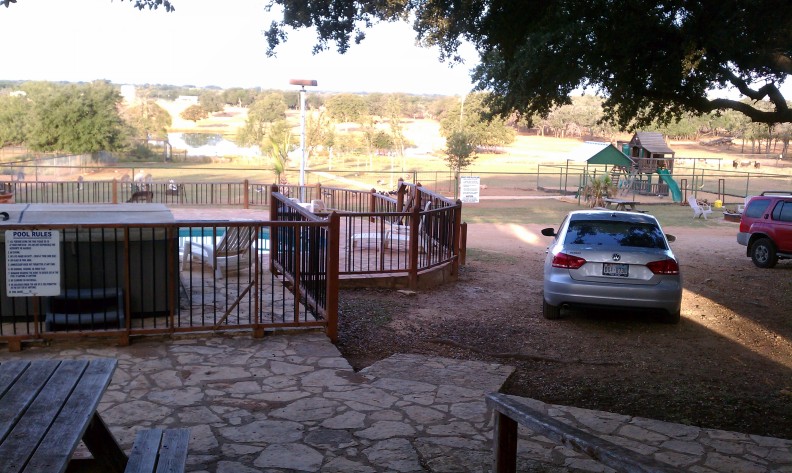 It was really relaxing and peaceful.  Now the cabin itself was far from a 5-Star hotel, but it did the job.  Just a basic place to rest.  Unfortunately, sun down was around 6ish, so once that happens, you’re basically trapped in your cabin, but again, it didn’t bother us too much since we were there to relax.

TUESDAY:  We had breakfast in Johnson City.  It’s a one horse town, so there aren’t many options, so we just grabbed a quick (and disgusting) bite to eat at a gas station.  Then we headed out to Fredricksburg, TX.  Our friends Aaron and Nancy (who also live in Austin) met us there.  It took us about 30 minutes to get there, so we had a better breakfast at a bakery in Fredricksburg.

At the bakery, Layla just walked around from table to table making new friends.  Everyone was super friendly and commented on how cute Layla is (which we love to hear!).

We did a little bit of window shopping and headed out to Enchanted Rock.  It’s basically a huge granite rock that people hike. 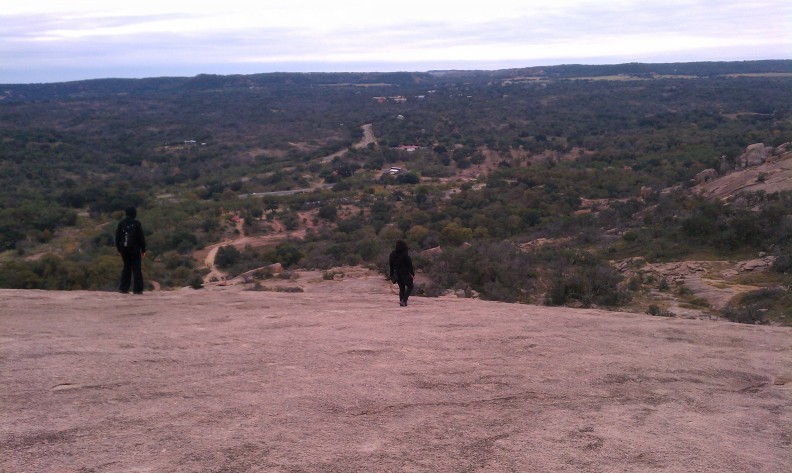 It was a little touch carrying Layla the entire way up and back, but it was definitely fun and worth checking out the view.  There are some steep sections that got us all a little nervous, but we forged through it.

After that we basically walked up and down Main Street back in Fredricksburg.  There are a ton of really cool shops to check out so we did a lot of window shopping.  For some reason it felt like every place we stopped at had free samples, so if you plan on going there, go hungry. 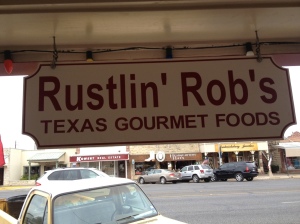 That all made for a pretty full day, so after a late lunch we headed back to the cabin.

WEDNESDAY:  We went back out to Johnson City in search for a place to grab breakfast.  Again, there aren’t many choices, but we found a spot that served decent food. 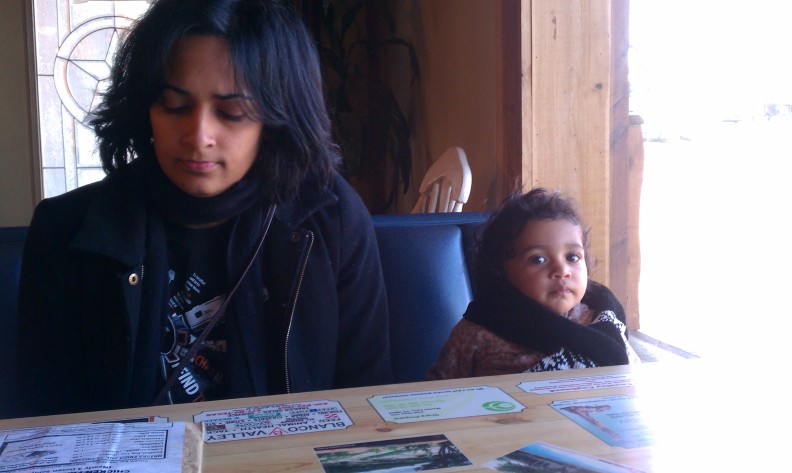 After breakfast we packed up our bags and made our way back home.  We didnt want to go the same way we came, so we passed through Wimberly, TX.

After doing a quick drive through that little city, we decided that we had to come back and stay for a few days.  The city seemed so full of life with a lot to offer.  Then we drove through San Marcos and came across a “mobile eatery”.

It was basically a parking lot with a few food trucks.  I thought it was a pretty cool concept.  Sheena picked up some cupcakes and we were back on the road again.

And no trip can be complete without a speeding ticket, right?  So after I checked that off my to-do list, we finally made it back home.  Even though it was a relaxing few days, we were all pretty tired.  Later that night our friends Pratik and Silky came by with some good ole fried chicken.  Now that’s a great way to end a mini 3 day vacation.

One Reply to “Texas Hill Country”