My friend Pokie really wanted to do the Tour de Pink.  It’s a charity bike ride that happens annually at Prairie View A&M.  I’ve done it 2 times prior to this year.  Every time I’ve done it, I’ve said to myself, “I’m not doing this again”.  But for some reason, I did it.  I signed up for 23 miles and Pokie got very brave and signed up for 47 miles!  47 miles on his first ride!  I thought he was crazy… but I didn’t wanna discourage him. 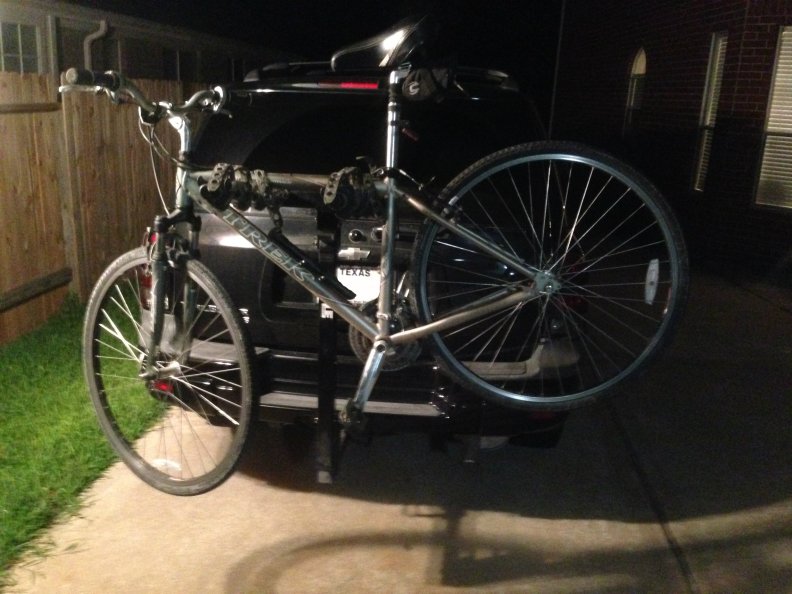 Once I got there, Pokie jumped in his van and we just followed each other on the hour drive to Prairie View.  We drove in different cars because I would be done a lot earlier than Pokie since I was only doing 23 miles.  For the first bit of the ride we were side by side, but then Pokie took off!  I could see him in front of me, but I only caught up to him when we got close to the first pit stop.  Sitting on a bike seat for any period of time is not very pleasant, so those pit stops are very much welcomed!  After drinking some water and eating some snacks we were back on the ride.  Shortly after that stop was the break off point.  Go straight for 47 miles and up or go right for 34 miles and below.  We wished each other luck, Pokie went straight and I turned right.  Here’s a shot of both of us at the pit stop. 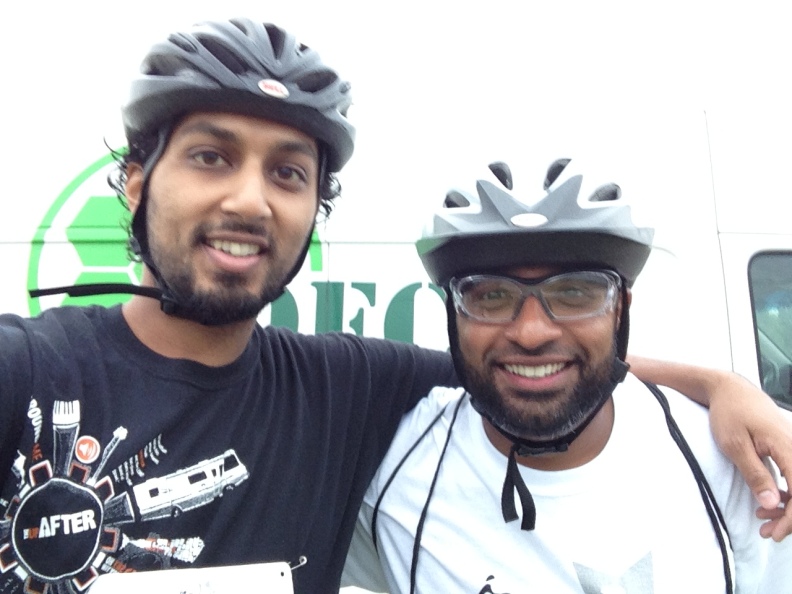 It’s awesome riding with friends, but when you’re riding alone, it’s also nice because you can go at your own pace and you’re alone with your thoughts, so it was a good time to reflect on things.  During the ride when I was alone, I would hear church bells.  It was Sunday morning and during the ride, we passed up a few churches, so I assumed that one of the churches rang their bell on Sunday morning.  But for some reason, it never faded out or stop.  No matter how far I rode, I continued to hear those church bells.  After a while, I realized that those church bells were actually an alarm on my phone that was going off for the past hour and a half!  Classic.

After the second pit stop, I jumped back on the bike to finish off the ride.  The organizers are great about putting mile markers to let you know how close you are to the finish line.  When you make it to the finish, you’re cheered on by Prairie View A&M students.  Its a great feeling!  From the finish line, I rode straight back to my car, loaded up the bike and made my way back home.  I started at 7am and got back to the car at 9:33.  I don’t linger because the Tour de Pink always lands on Layla’s birthday.  This year we threw her a small party at the house, so I wanted to get home so that I could help get ready for that.  I wondered if Pokie was going to make it or if he would ride the SAG truck back to the finish line.  47 miles is a daunting ride, especially for someone that’s never done a ride before.  To my surprise, later that day Pokie sent me a text of this pic: 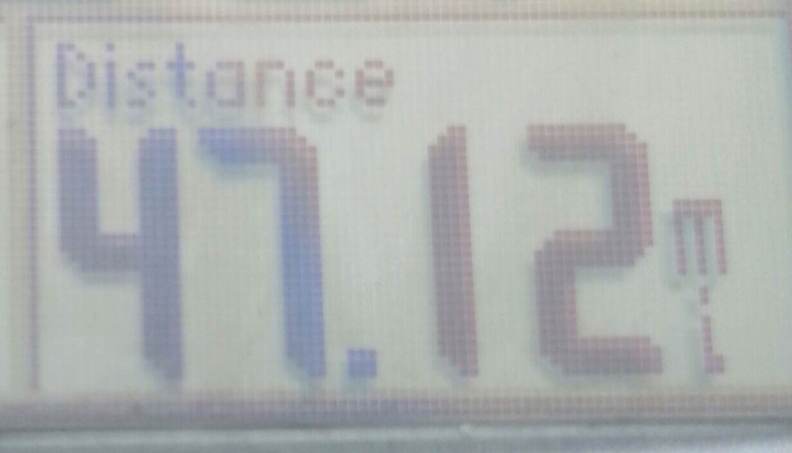 Every time I do this ride, I always tell myself that I’m not going to do it again while I’m riding… but once I’m done with the ride, I wouldn’t mind signing up again.  Its for a great cause and the organizers do an excellent job in putting it all together.  Overall, it’s an enjoyable experience!