Layla and I went to a Daddy/Daughter Dance on Friday night.  My cousin Wes told me about it and was taking his girls there, so I thought it’d be fun to join them.  Layla loves hanging out with Priya and Hope, plus we’ve never done a Daddy/Daughter dance before, so I figured, might as well give it a try.  It was at Grace Bible Church (which, by the way, is a beautifully designed building).  The people were so friendly and the set up was really nice!  They had a dance floor in an outside patio, the Waffle Bus was there serving up Chicken and Waffles, there was a photo booth with fun props to pose with, and not to mention a table full of sweets.  It was all really well put together.

Getting ready was a bit of a rush.  I picked up Layla from school and got her all dressed up.  She was very excited about putting on a fancy dress to go to a dance.  I didn’t think she’d be that excited!

She wanted to snap a quick pic with me as well. 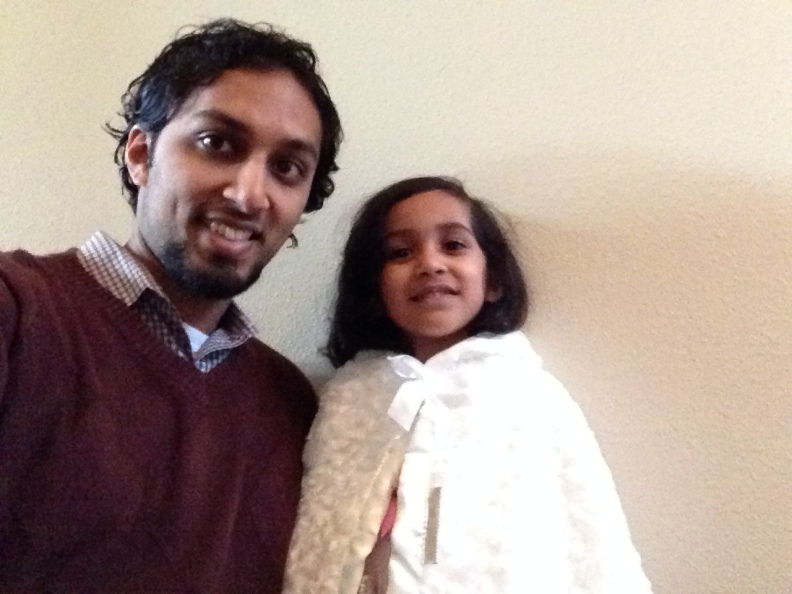 There was a bit of traffic on Friday evening, so it took us a while to get to the Heights area, but when we finally got there, we checked in and found Wes, Priya and Hope.  The church has this amazing play area, so a lot of time was spent there.

After “play time” we made our way back inside to warm up a bit and eat. 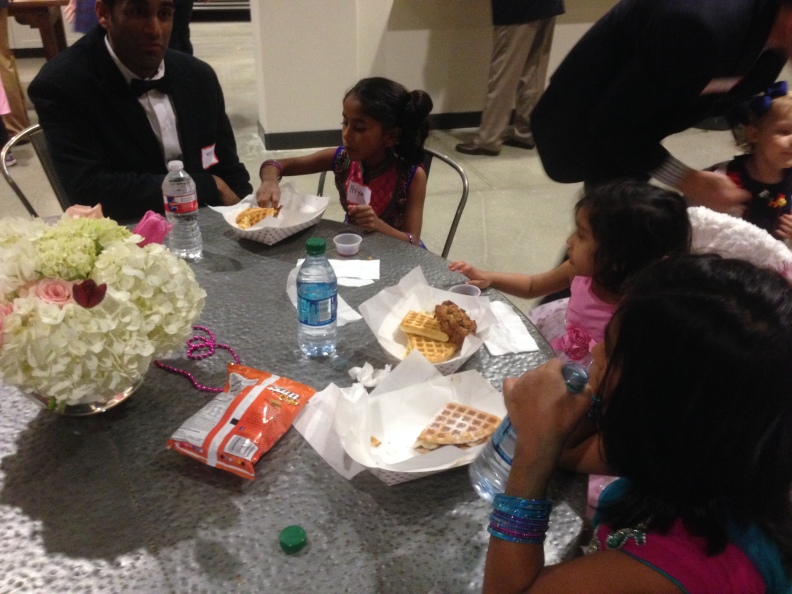 After a while, we decided to head to Carrabba’s to have dinner.  The girls were basically full from the Chicken and Waffles, but I guess Wes and I wanted to extend the night a little longer.

We got home around 10:30pm, which is pretty late for the kids.  Layla was exhausted, but she had an awesome time!

Saturday morning, the four of us went to the Farmer’s Market outside of the Sugar Factory in Sugar Land. 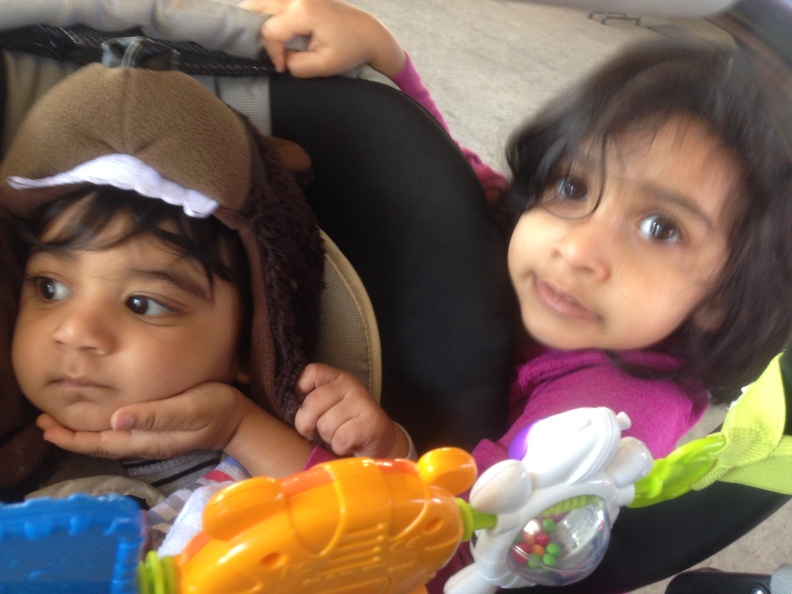 There was a coffee demonstration conducted by Fort Bend Coffee Roasters.

Then there was a pop tart and apple juice break.

While the girls played, we chatted with Aubrey’s parents.  It was great to get to know them better (especially since Layla and Aubrey are so close).  Saturday night we wanted to get out of the house, so we went to Ruggles Green for dinner.  Below is a shot of Layla screaming to the heavens on how great her meal is… not really, she was just being silly to avoiding the pic.

Sunday after church and our weekly grocery shopping, we met with Blesson, Jolly, Benson and Marsha for lunch at Rudy’s BBQ.  It was our first time there and it was awesome!  After lunch Layla and I decided to wash all the cars.  The weather was sooo nice that we had to be outside.  I didn’t get to snap any pics of it, but Layla was a huge help!  That evening, Shane came over the watch the kids so that Sheena and I could go to an event at our church.