The weather is awesome now in Houston!  We only get a small window to actually enjoy the weather without sweating so Sheena and I decided to have a lil kickback at our house.  Nothing crazy, just burgers, hot dogs (well, chicken sausages for hot dogs) and some friends.  On Friday we made a trip to Costco for the goods. 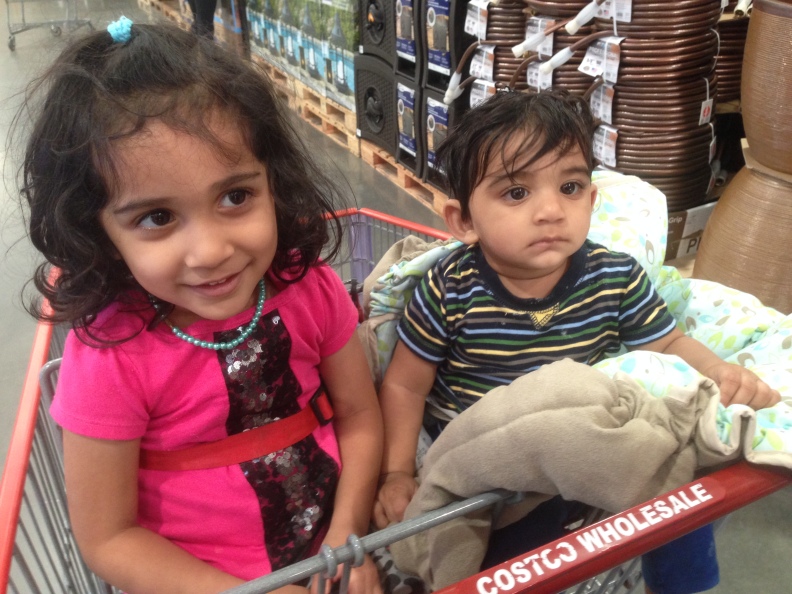 Ezzy’s big enough to ride in the cart now… although, he doesn’t look too excited about it.  After our shopping, we went to our friends Earl and Asha’s house to see their new baby, Priya!  Super cute baby!  It’s amazing how small they start off as.  I was comparing Priya with Ezzy and it’s crazy how quickly they get so big!

On Saturday, Sheena had to work for a few hours, so she dropped the kids off with my folks and I spent the morning getting the house ready.  Our church was doing a clothing drive for Second Mile, so I collected a few things that morning from our neighbors along with gathering some of our own things and did a quick drop off as well.

Around 1:30pm, people slowly started to trickle in at our house.  We recently bought a play yard fence, so we pulled it out for the kiddos to play without getting into anything dangerous.  Here’s a shot of Brucey and Ezzy. 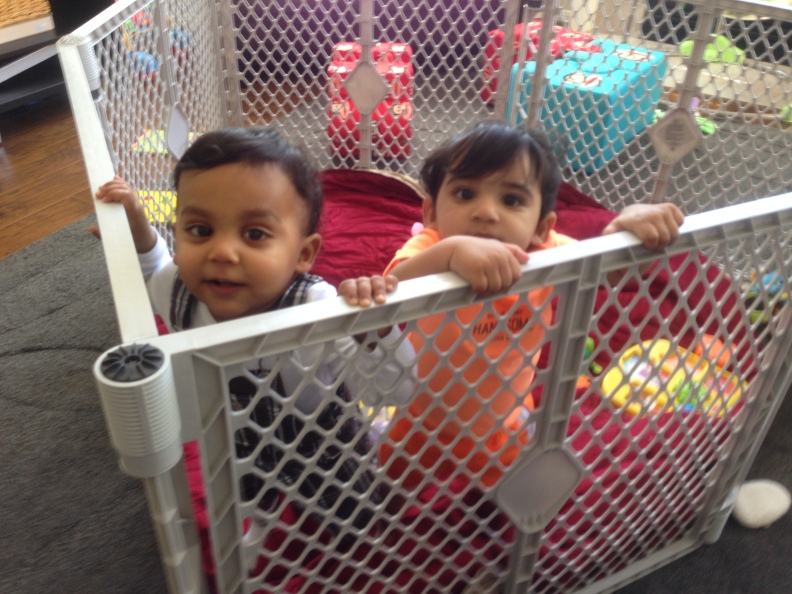 …then Layla jumped in.

Then the rest of the toddlers wanted in and the lil ones were booted out!

The weather was so nice that we spent most of the time outside.  Here’s a shot of Bibby showing off his massive calf muscle!

Here are some more cool shots that Sheena snapped during the party.  Bubbles kept the kids entertained. 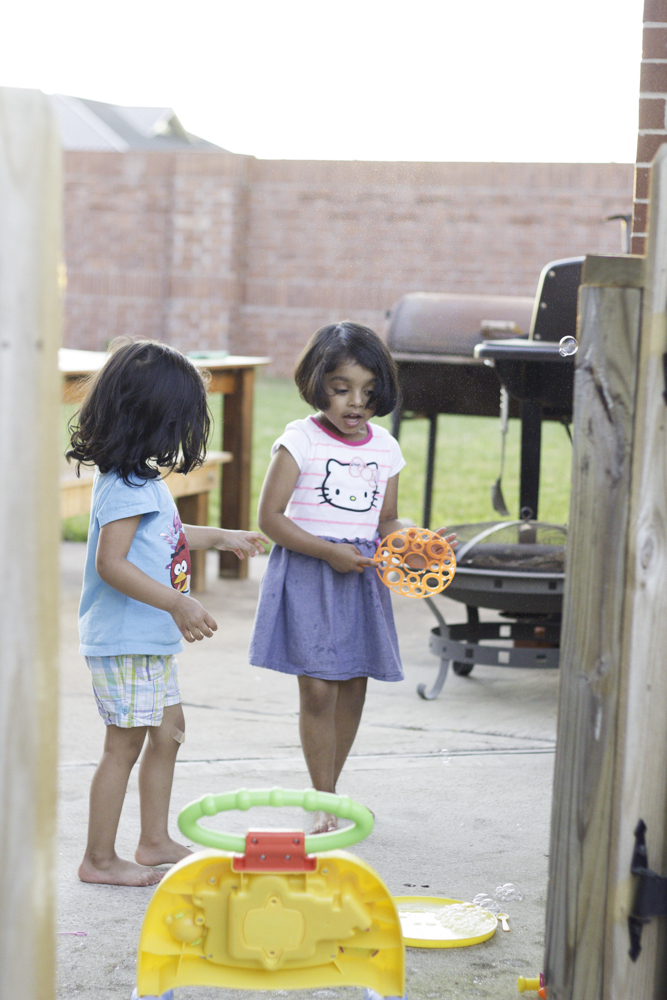 Biking while eating a chicken nugget like a boss.

Ashy knees are the hottest trend. 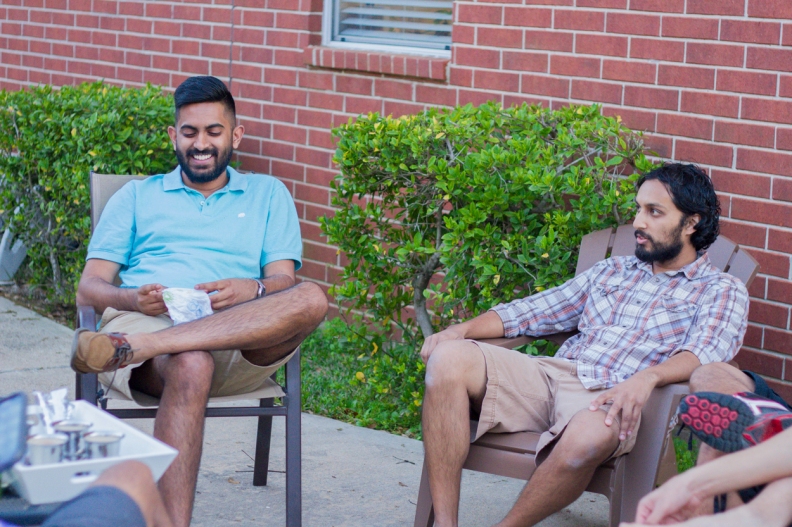 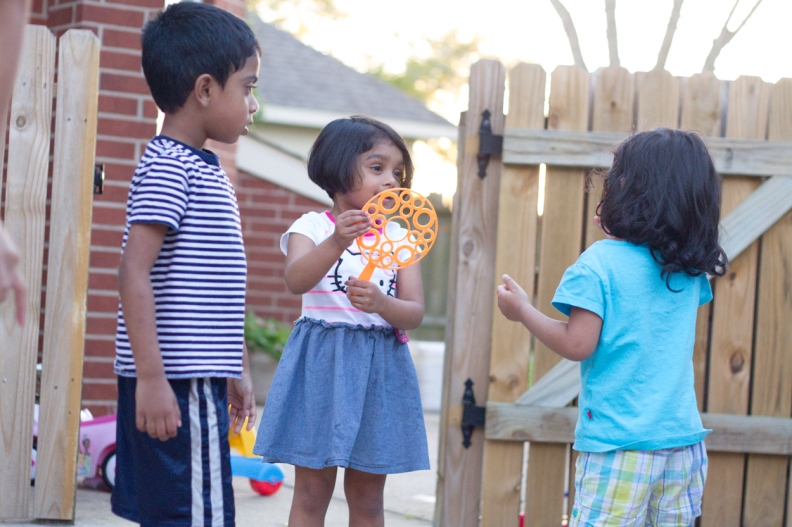 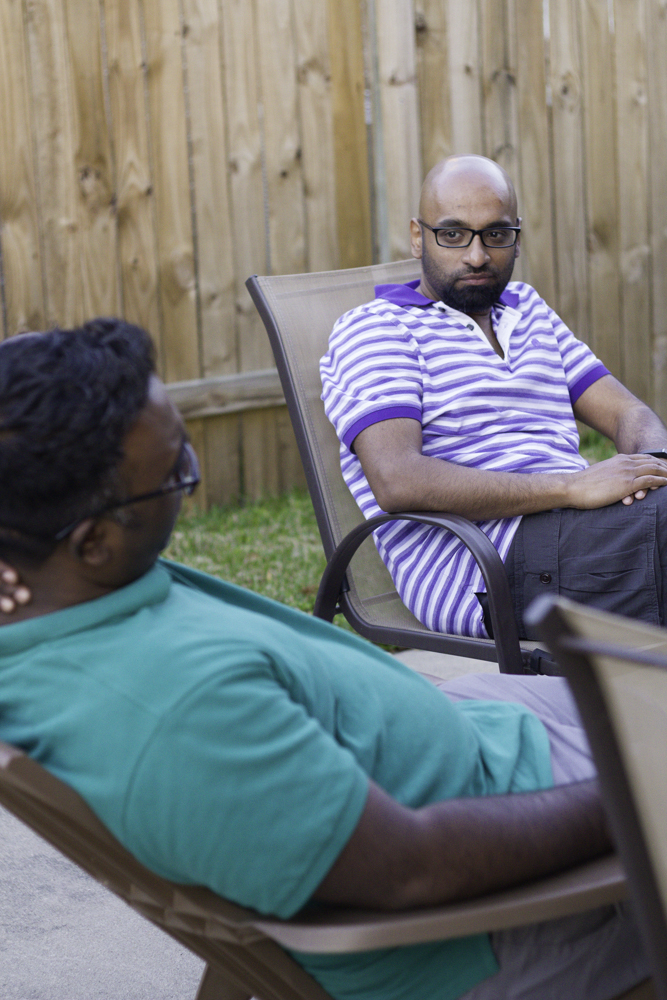 Sheena made some chai for the crew to enjoy. 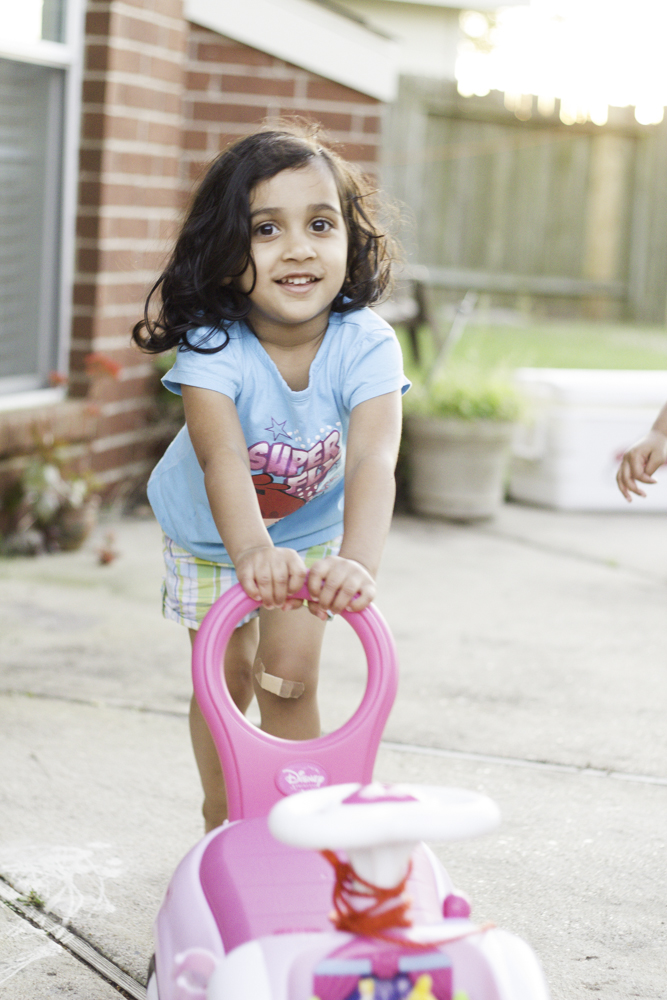 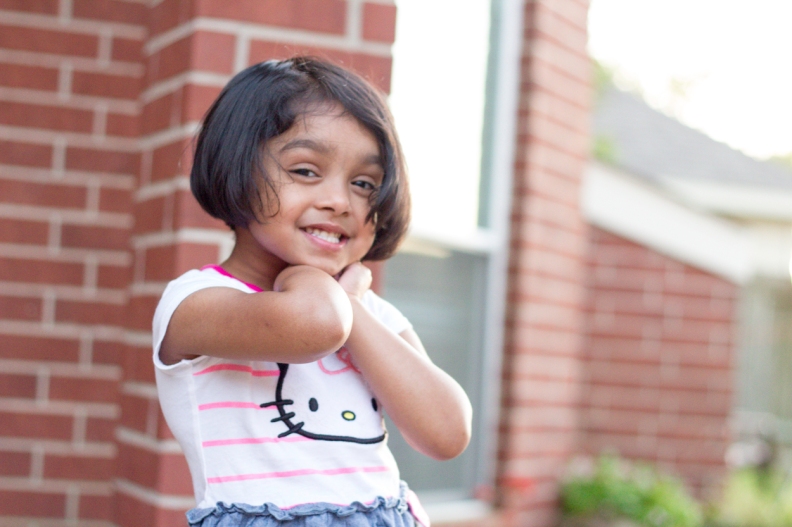 Stan wanted to check out the garage, so I gave him a quick tour.

Sunday after church we wanted to see Priya again, so we stopped by Earl and Asha’s house and had lunch with them.  Here’s Maya and Layla enjoying some Chipotle.

Ezzy was jealous that everyone else was eating so he was chomping on some corn on the cob.

After we got home, Sheena wanted to have fun in the backyard, so we did a quick photo shoot with Layla.  Here’s a shot of me and the kids. 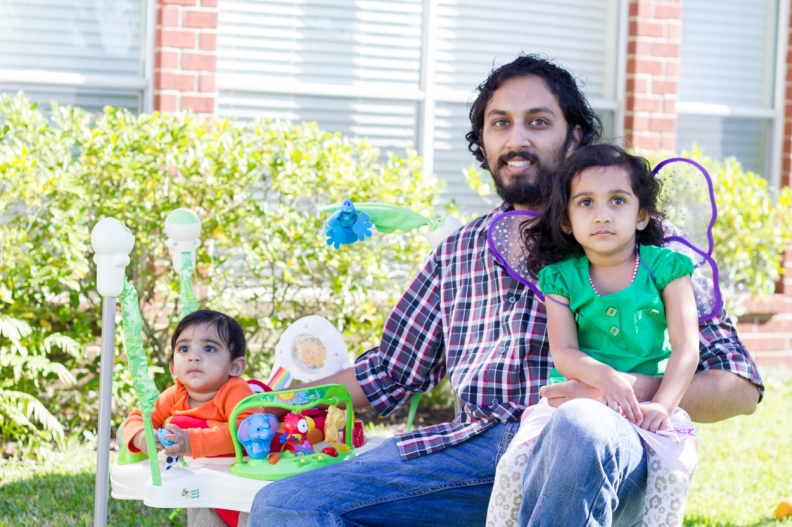 Later that evening we met up with our friends Pratik & Silky at Tik’s parent’s house and had dinner with them.  It was great to see them and spend some time together.

Overall, an awesome weekend.  I really hope the weather stays this way for a while!