Hope everyone had a wonderful 4th of July!  We did!  We kicked off Friday with Layla and Sheena baking some cookies. 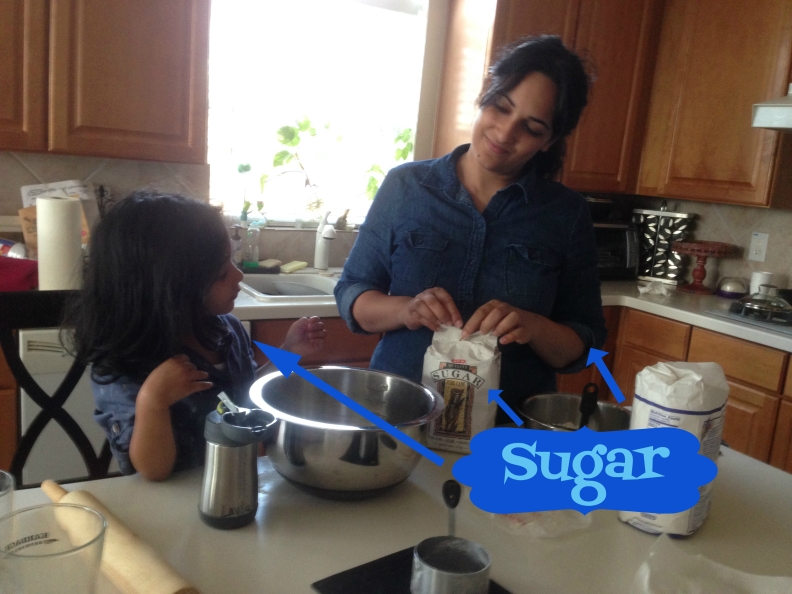 Ezzy and I just watched 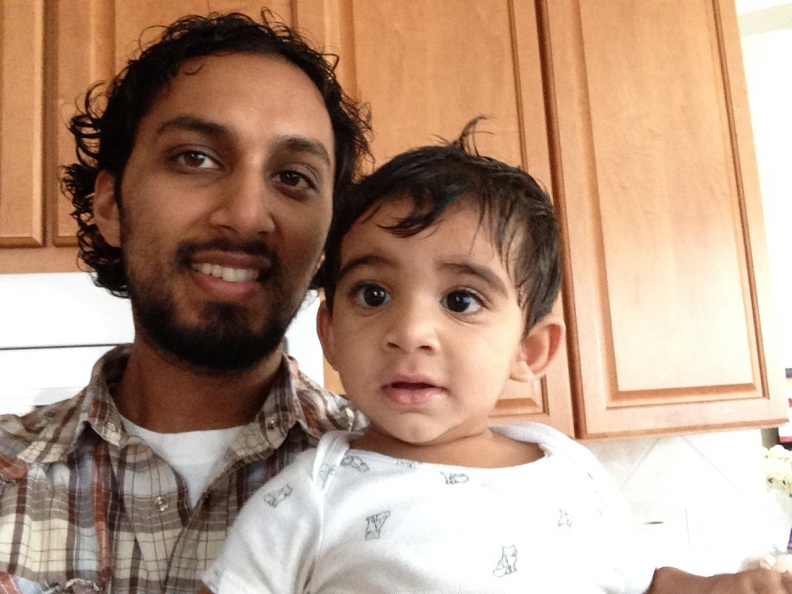 We hit up a few stores that morning.  One of Sheena’s high school buds just happened to move in a few doors down from us, so we had them over for chai.   The weather was great, so we busted out our luxurious inflatable pool (gifted to Layla from her best friend Maya)! 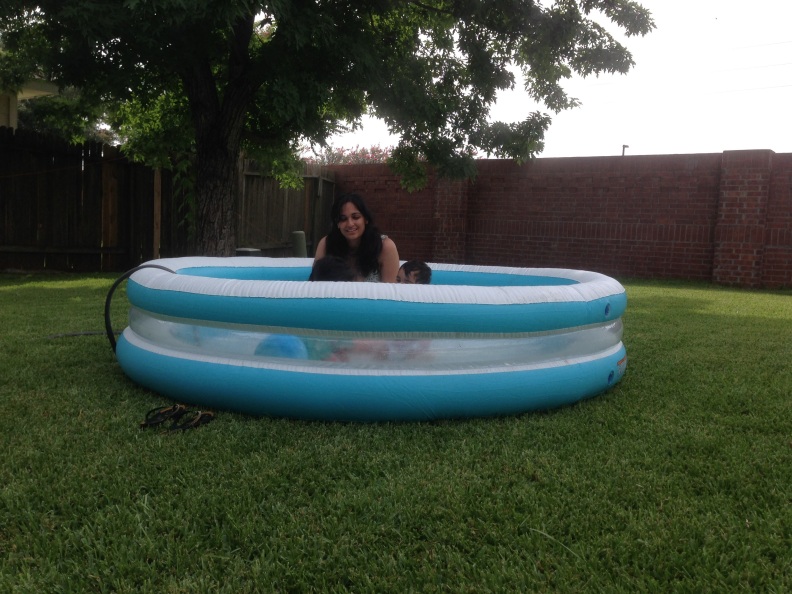 The kids loved it!  Afterwards, we still wanted to enjoy the day, so we got cleaned up and headed to Town Center for dinner. 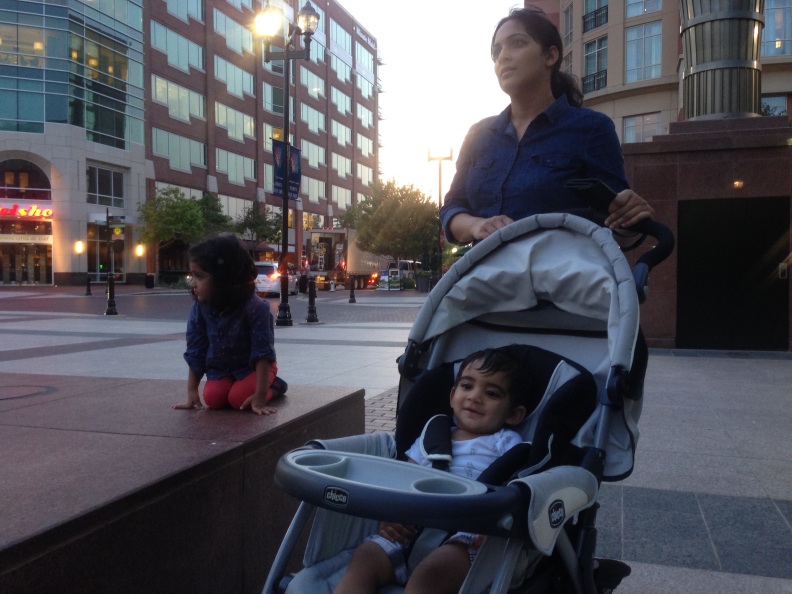 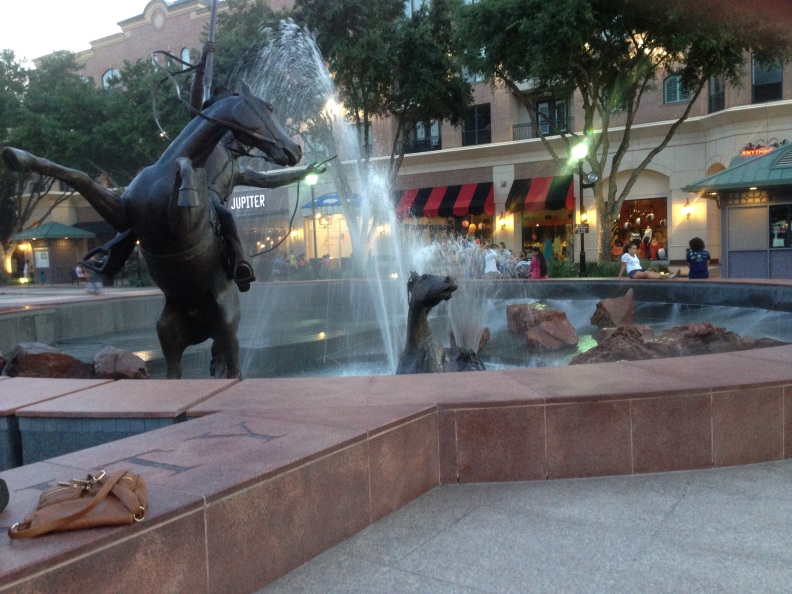 Saturday morning, I met up with my friend Tik to do a quick project.  I was able to see baby Rayna as well, so that was fun.  Sheena and the kids hung out with her Mom in Pearland.  While there, Layla made a last minute request to spend the night at Grandma’s house, so she stayed there while Sheena and Ezzy came back home.  When they got home, Sheena, Ezzy and I headed to Chinatown to eat some Malaysian food.  What else would you do on the 4th, right?  ‘Merica Y’all!

The food was great.  If you have any plans on going to the Banana Leaf, you must order the Roti Chani!  It was awesome! 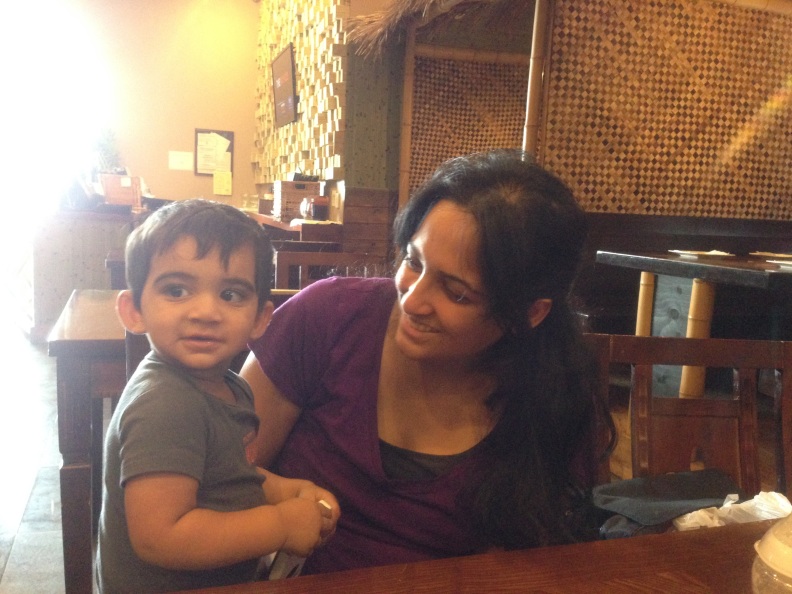 After our meal, we headed to Oyster Creek park for a nice long, sweaty walk.  It was great to get outside and stretch our legs, particularly at that park.  At our old house, we would frequent Oyster Creek park, but since we’ve moved, we haven’t really visited.  It was cool to see people picnicking and waiting for the fireworks to start.

The next day we headed to church and afterwards, Sheena’s friend Nehal invited us over to their home for brunch.  They’ve got a beautiful home and made us some awesome breakfast tacos and waffles!  It was fun to just go over and kick it for a bit.  After brunch we headed to Pearland to pick up Layla.  She wanted a cheeseburger, so we scooped one up on the way. 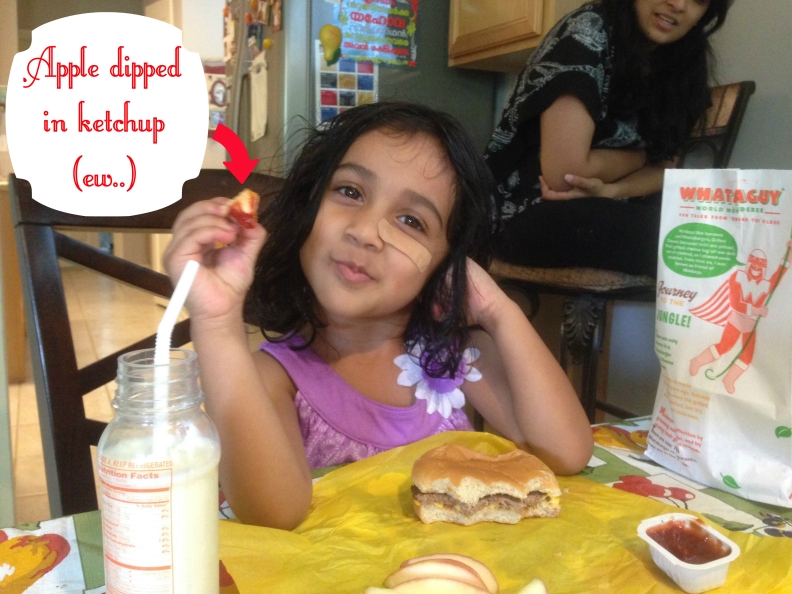 For some reason, Layla liked dipping her apple wedges into ketchup!  Disgusting!

You might have noticed the band-aid below her eye.  She was playing at home and hit the bed rail and got a lil cut under her eye.  It was scary because she was really crying after it happened.  I always worry about broken bones or anything that would affect the kids long-term.  I was asking how she was every 15 seconds.  I’m sure she was annoyed  by that, but I guess I’m a worrier (like my parents).  Luckily, she says that it’s a lot better now.  I assume if it was something really bad, we’d see bruising, right?

After leaving Pearland, we headed straight to HEB to do our weekly shopping.  We just bought a dual stroller, so we figured this would be a good opportunity to test it out. 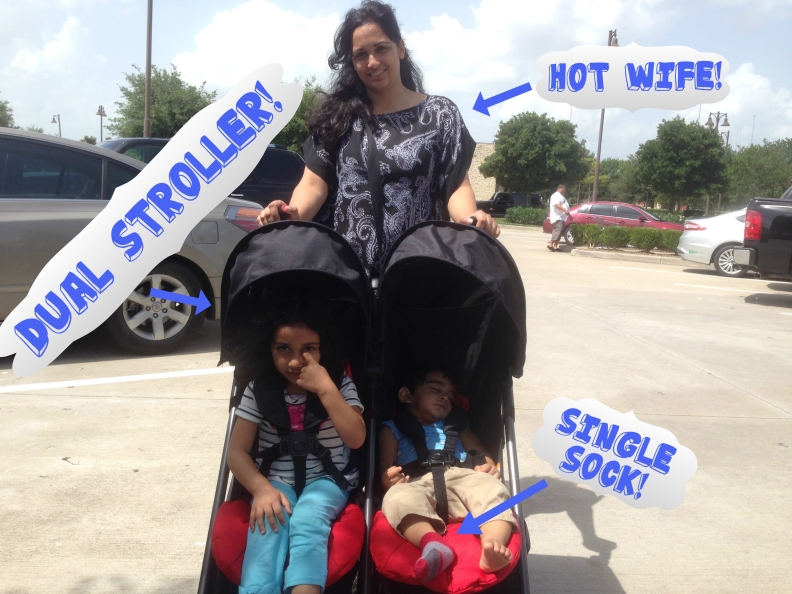 It worked pretty great!  Both kids had a seat which allowed one of us to deal with both kids while the other did the shopping.  So far, it was a good purchase!

The one thing that Layla loves most about HEB are Buddy Bucks.  If you’re not familiar with Buddy Bucks, it’s basically the training grounds to develop future gamblers. 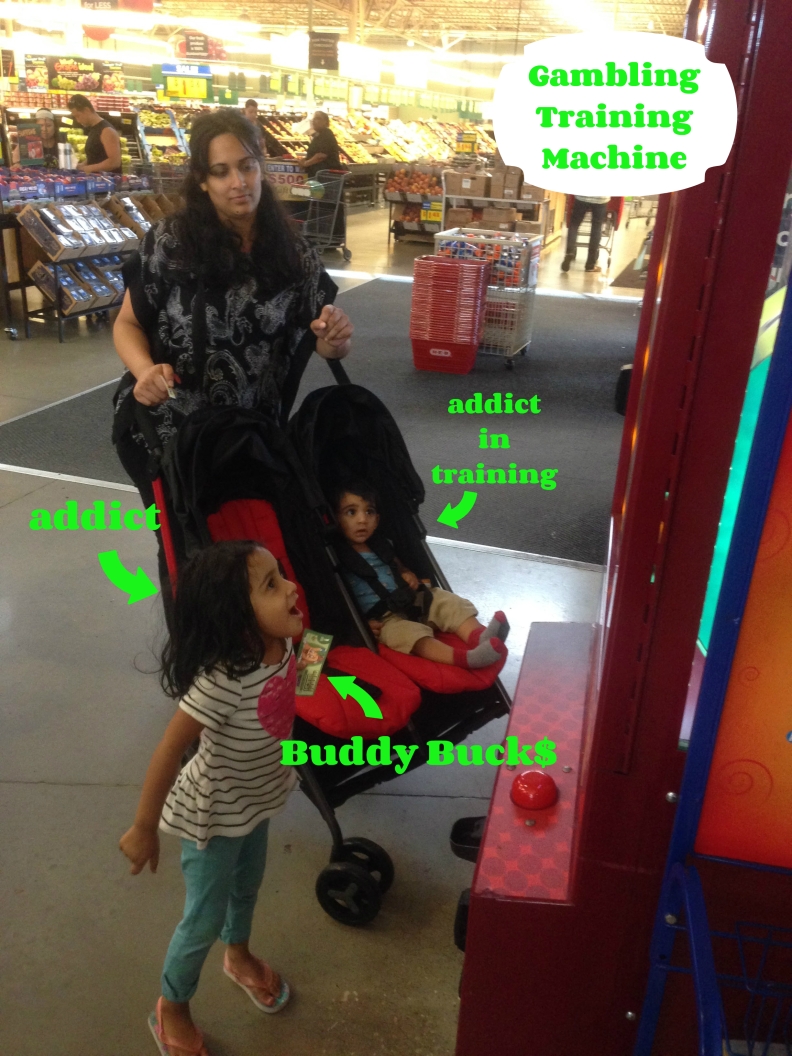 After you go to pay for your groceries, you ask the cashier for buddy bucks.  Then you take those buddy bucks to the machine, which is basically a wheel with numerical points on it.  You essentially collect points and once you’ve earned a gazillion point, you can trade it all in for a pencil.  Once in a while, you might be an “instant winner”, where you can collect a prize instantly… It’s actually pretty great and keeps Layla interested in coming to the grocery store with us.

Afterwards, we took another dip in the pool and then started wrapping up for the day.

Overall, it was a really great long weekend.