I’m a dude… and I was on a Guy’s Night Out with some friends… but some other friends were out and we ran into them. 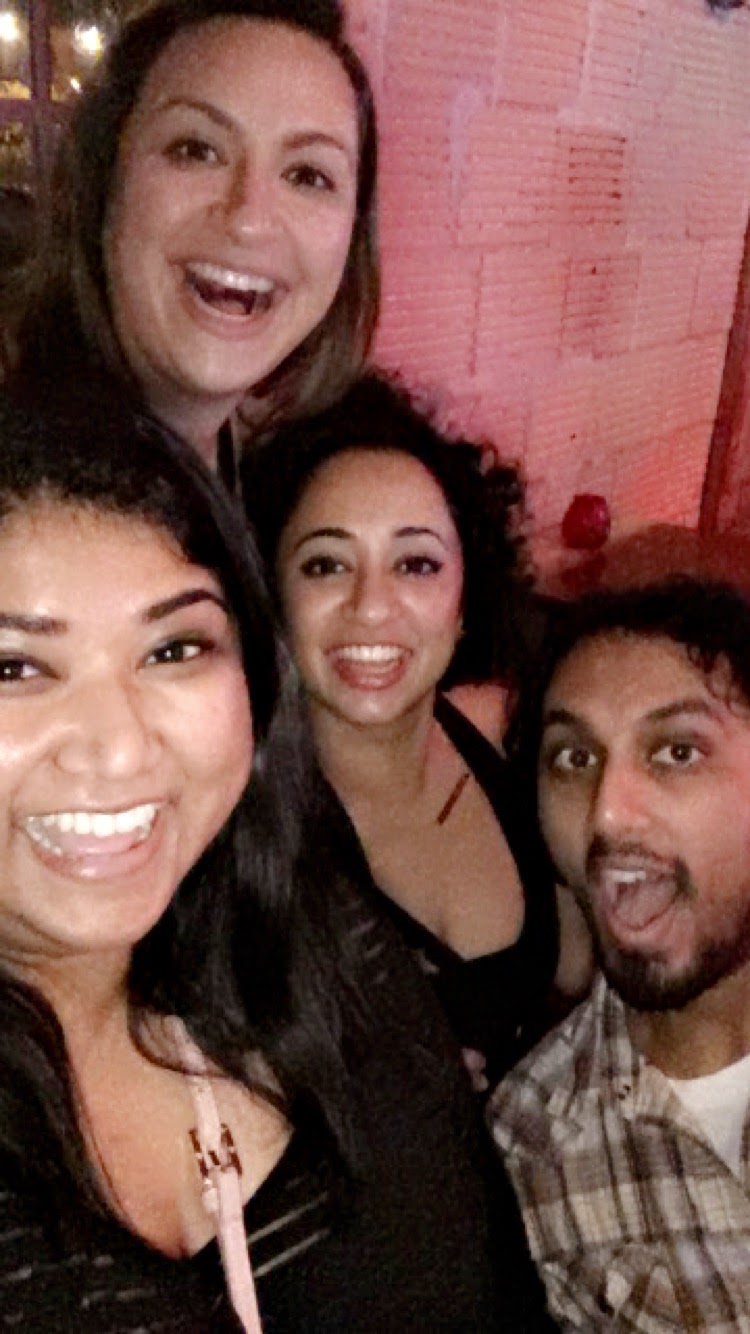 I was ready to call it a night, but the gals wanted to hit up a live music venue.  Apparently a DJ was spinning, so I obliged.  Getting there, we discovered that they were charging cover.  No biggie… but conveniently enough, none of the gals had cash on hand.  Go figure.  I covered ’em to get in.  I chilled out there for about 5 minutes and headed home (I’m old and can’t keep up!).

The next day, this picture was on social media: 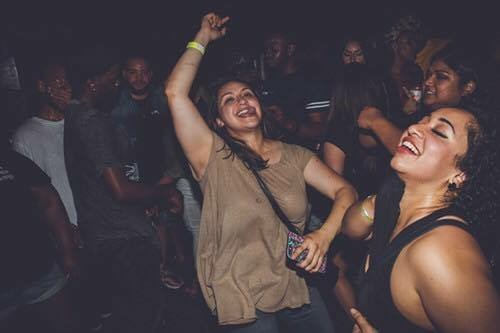 Apparently a photographer for the Chronicle was there snapping pics.  To top it all off, some dude made it rain dolla dolla bills y’all!  A few days later, I received this letter from the 3 ladies: 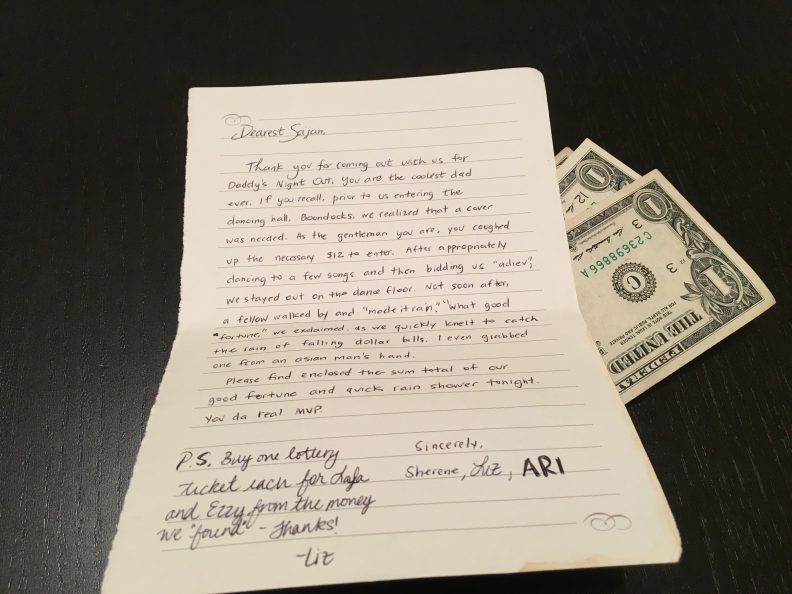 They reimbursed me the cover charge!  hahaha… classy move ladies!