This weekend was pretty relaxing. On Friday, Blesson and I headed up the Vintage Park for a Westfield Band Reunion.

It was great to see everyone.  A great majority of the peeps there had graduated before I was even in high-school, but even still… it was fun to see everyone and catch up on life.

Saturday was pretty chill.  I was able to catch up on a woodworking project that’s waaaay over due.  We also did a few things around the house.  For dinner, we met up with Neil/Rita and Tik/Silky at Thai Gourmet off of Richmond Ave. 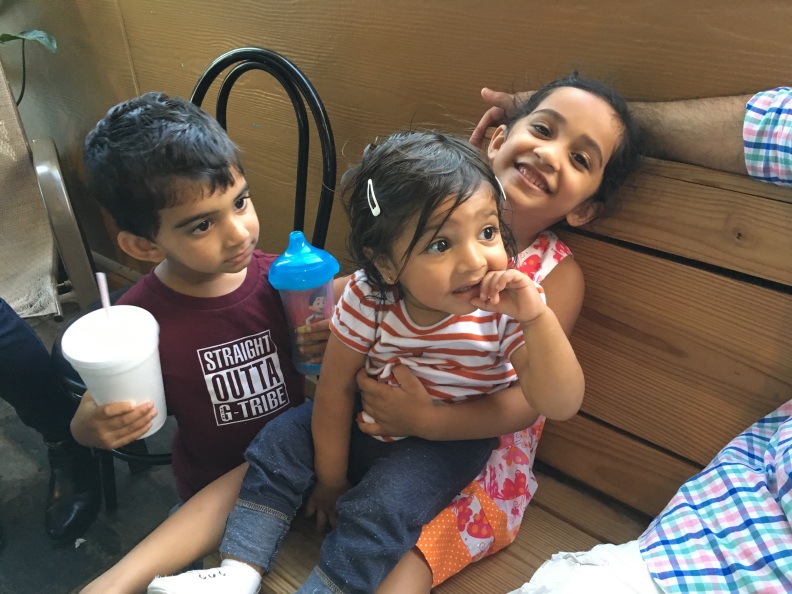 The wait was kinda long, but well worth it for the food.  The food was amazing!  One down side was the A/C being busted!  On top of spicy thai food, we were sweating it up because of the lack of A/C! 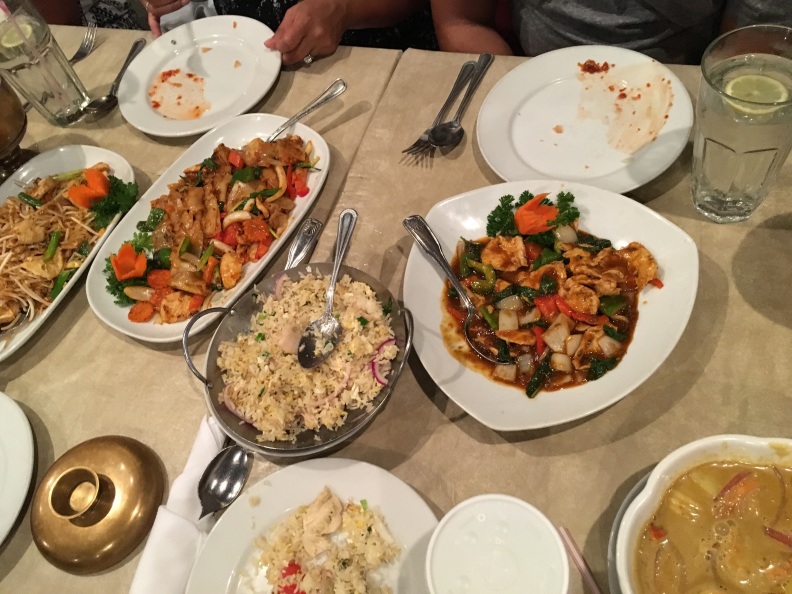 The night was still young so we made a quick drive to House of Pies for dessert.  Here’s Layla helping Rayna walk and Ezzy watching. 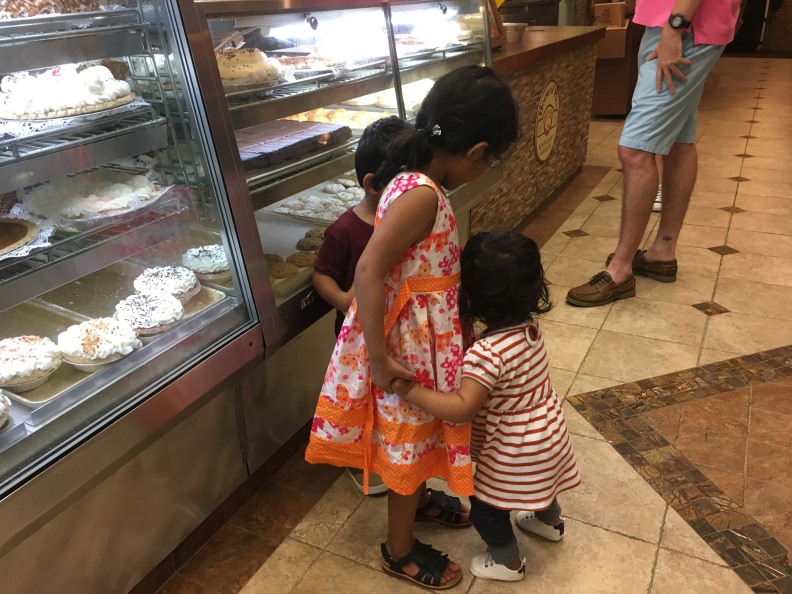 …and a shot of the glorious pies! 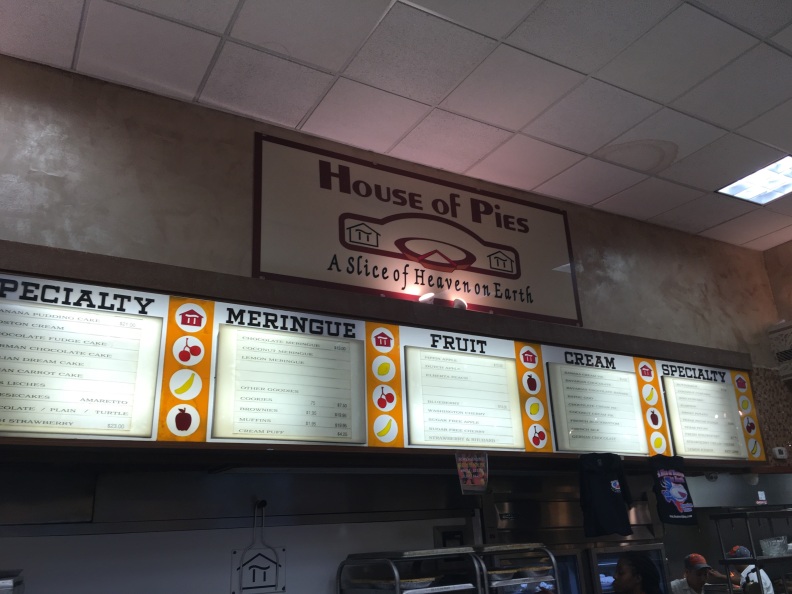 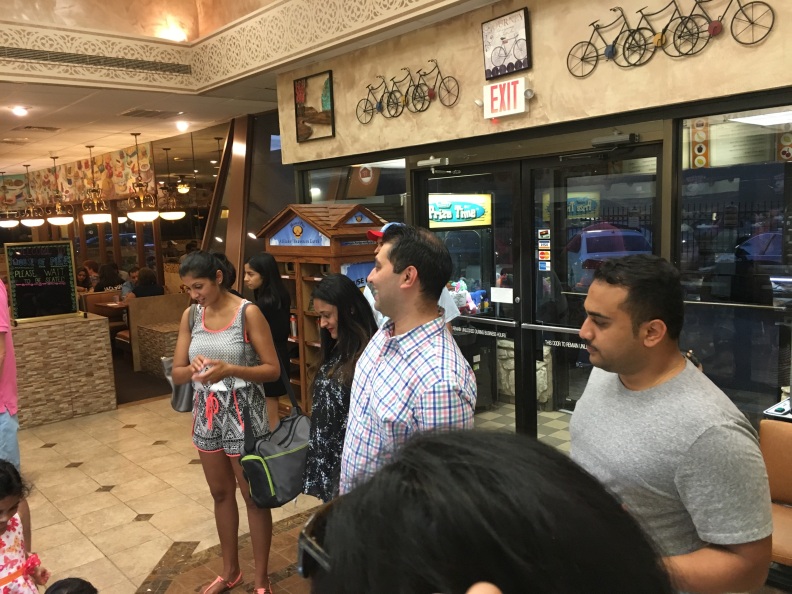 We all got a variety of pies and shared so we all could get a taste.  Here’s my french silk with Tik’s strawberry cheese cake in the back ground. 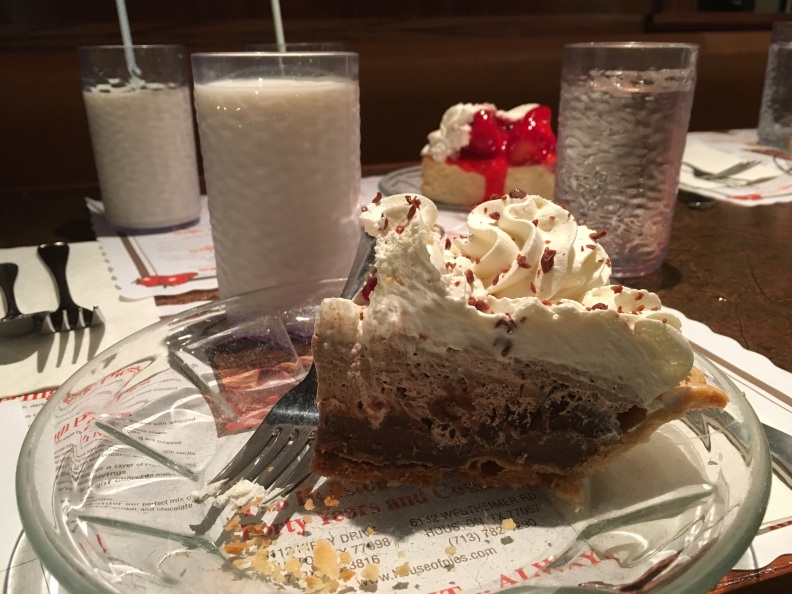 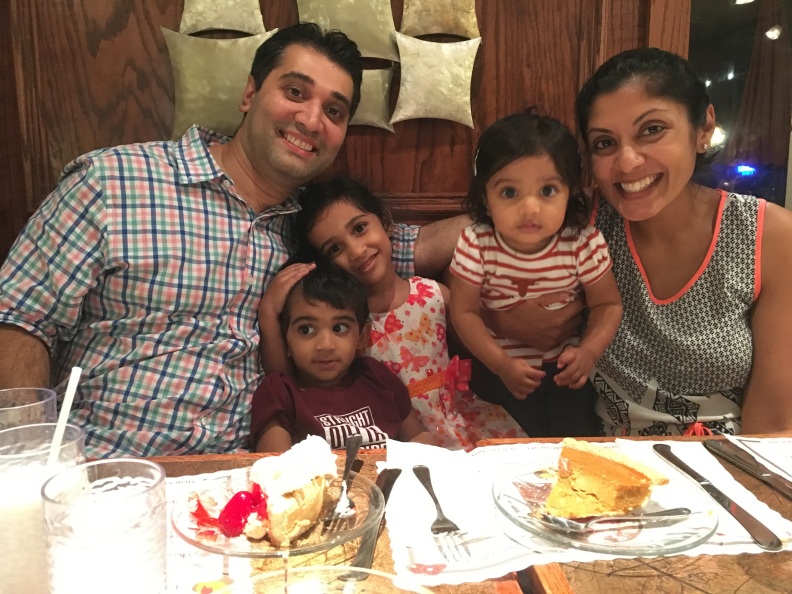 On Sunday, we headed to church, then had lunch at my parent’s house.  Blesson, Jolly and Bruce were there too.  It’s fun to have lunch together for no reason.  Later on the day, we did our HEB run.  After some chill time at home we hopped on our bikes and cruised the neighborhood.  I recently bought a bike trailer (via OfferUp) to haul the kids around, so we tested that out.

Works  pretty well.  After cruisin the hood, we stopped at the neighborhood park.