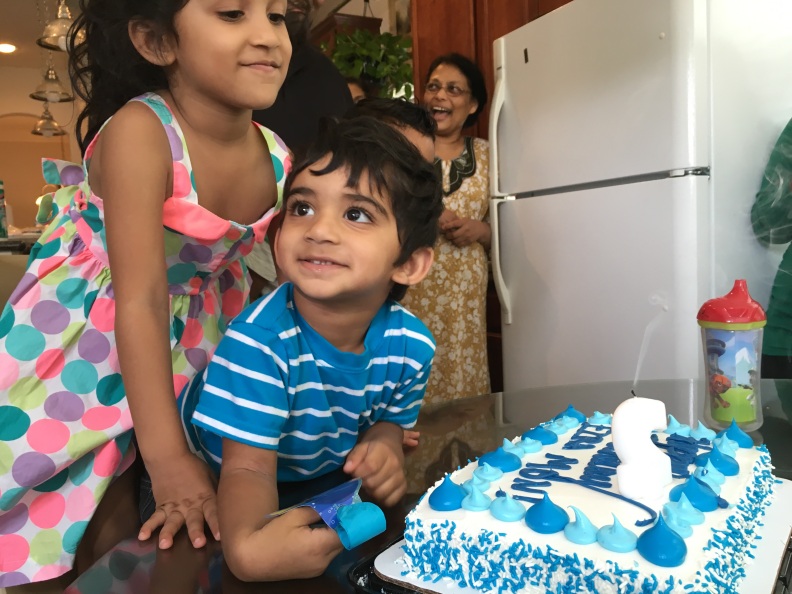 He’s awesome and he’s growing so much!  It’s fun to see all the new things he learns.  My folks wanted to host a party for him, so on Saturday we went to my parent’s house for lunch.  Some family came in from Dallas as well, so it was nice to be able to spend time with everyone. 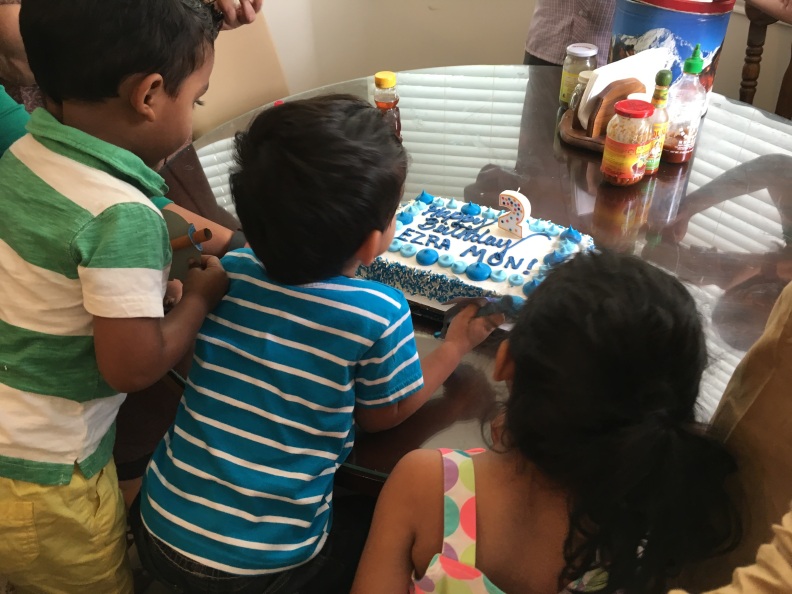 He knew exactly what to do when the candle was lit!

Mom and Dad hooked it up with some Kerala food!

Sheela Aunty blew up a bunch of balloons and they all wrote on a bunch of ’em!  Super sweet of them to do! 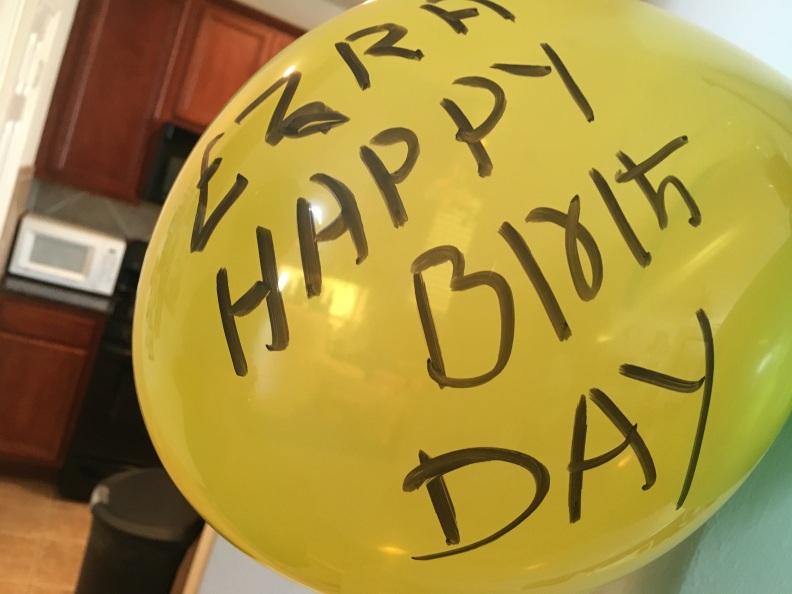 Since family was in town, Blesson and Jolly hosted dinner on Saturday night.  The cooked up some awesome BBQ! 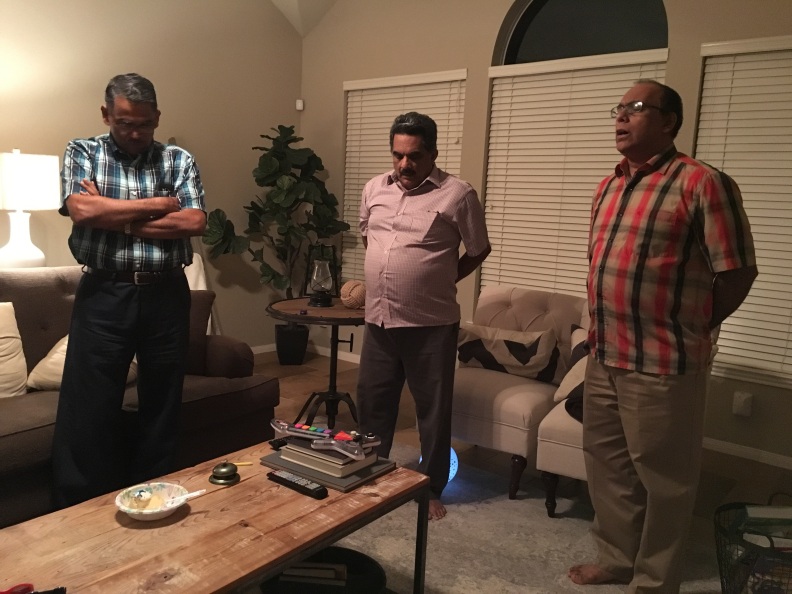 And the kids with glow in the dark balloons.

Sunday morning, Ezzy immediately started playing with his gifts.  In particular, he loves what Appachan and Ammachi gave (a Thomas the Train train set!)

After church,we did our normal HEB run.  Layla fancy’ed Ezra up with a lil hair bow.

Later that day, we headed to Gymboree for Ezra’s Birthday party.  The kids had a blast! 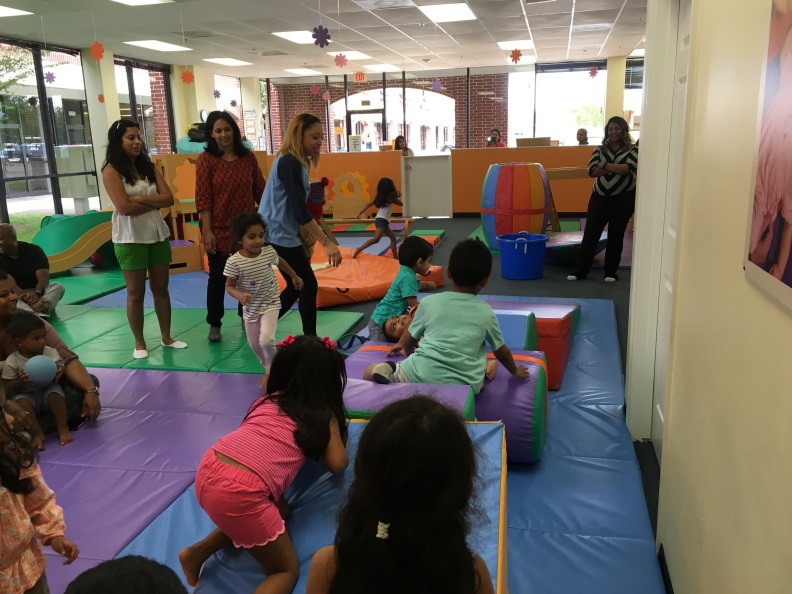 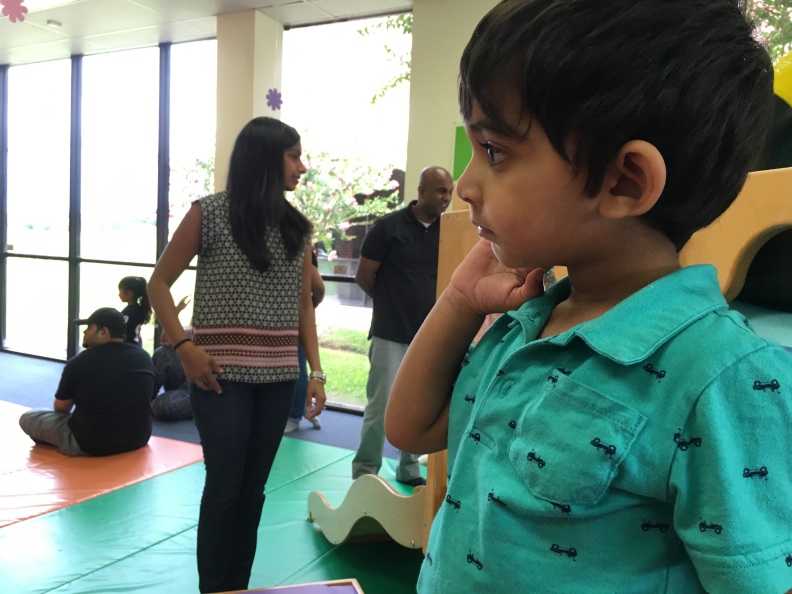 And the parents apparently have fun as well!

We had an Oreo Cake for the adults

and of course Thomas the Train cake for the kiddos. 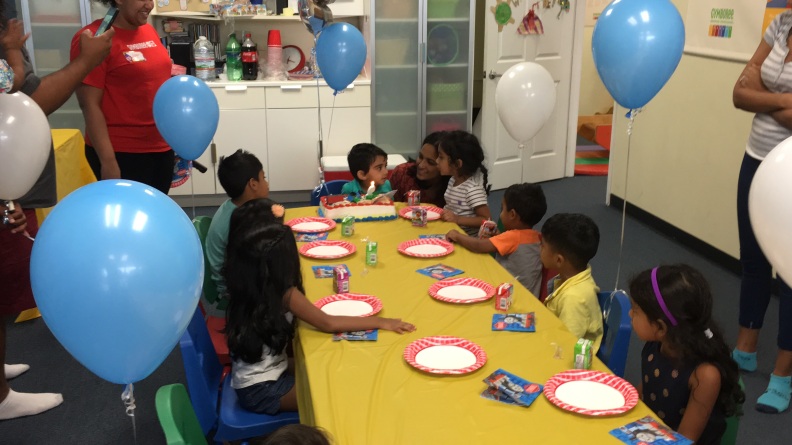 After we ate, there was a little time left for play… so the kids had at it! 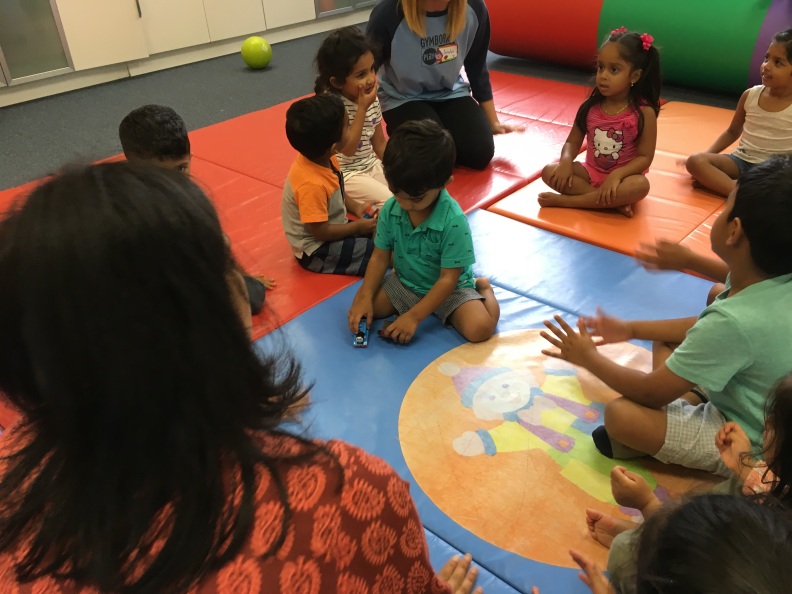 Ezra had an amazing time!  We’re sooo blessed to have him!  Layla is such a great sister to him as well.  It’s amazing to see them both grow up, but it’s going by soo fast!  Thanks for all the well wishes for his birthday!