This weekend was busy, but in a good way.  During the week (Sept. 15th) was Layla’s 5th Birthday.  Since she’s in India, I wasn’t able to celebrate with her, but Sheena sent pics of the party.

She made her own cake! 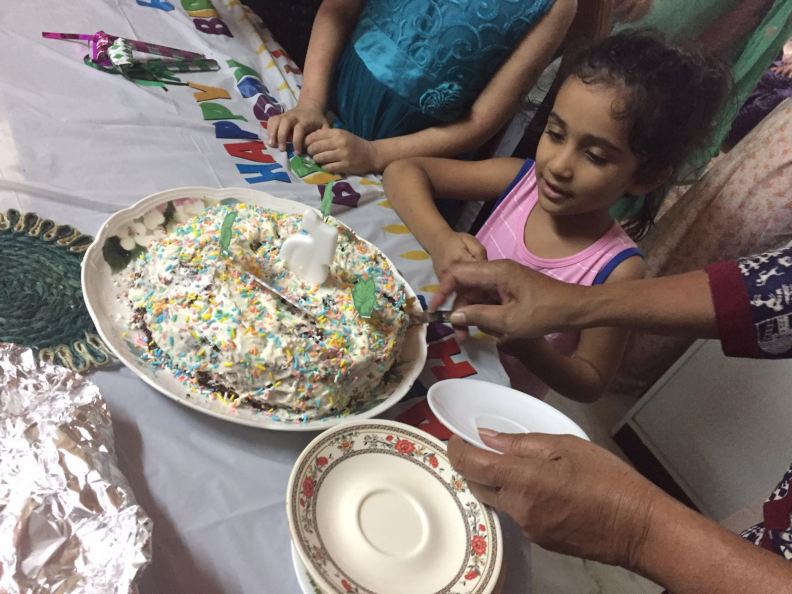 Here’s a shot of the entire family celebrating her birthday! 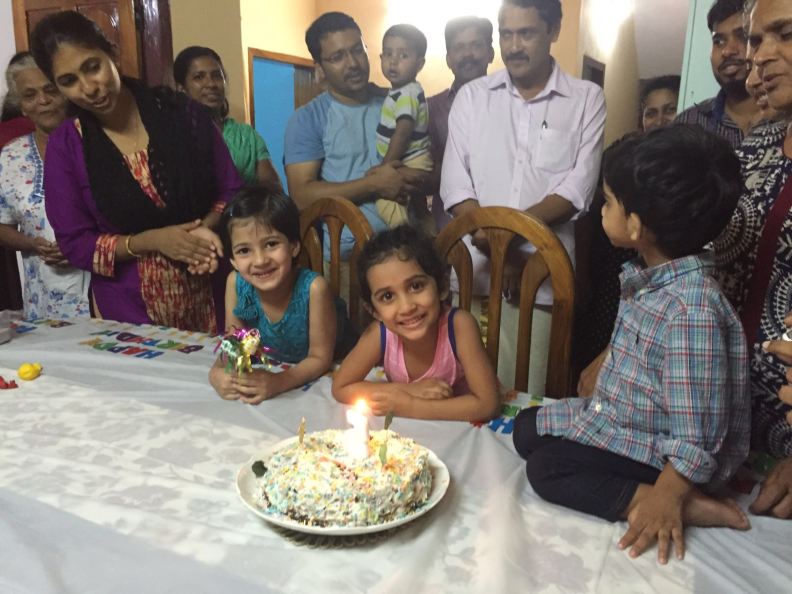 On Friday, I went to a prayer meeting at our friend’s Paul and Amy’s house.  Before the prayer meeting started, we had some time to chat, eat, and just hang out.

Once we started these two were soooo good.  They sat on the couch the entire time! 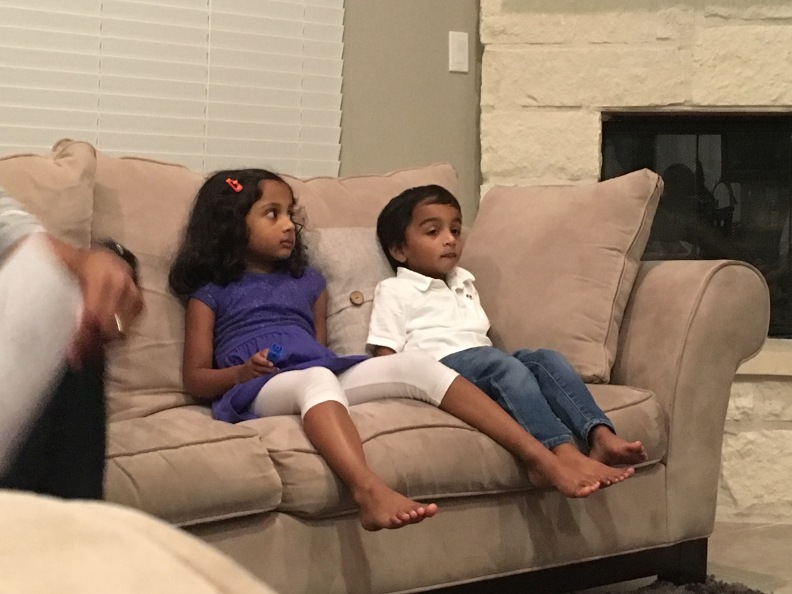 Jerry lead in a few songs. 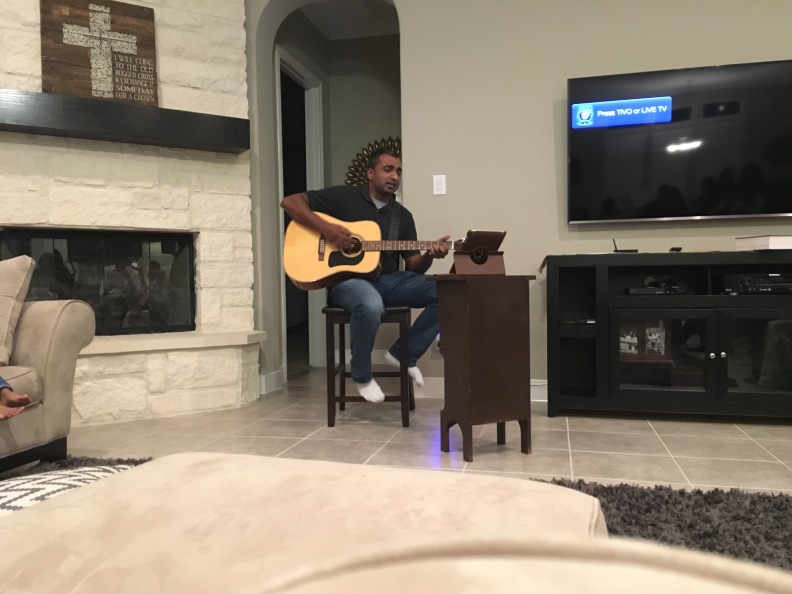 …and Paul spoke.  It was great.  Afterwards, we hung out a bit more.  Here’s a shot of Dudley and I with Amy.  Anup and Sarah photobombed us!

So this prayer meeting is basically made up of a few families that get together every month at different houses.  Since my entire family is in India, I had to sit in the Lonely Chair.

Saturday was unique.  Bibby rallied a few friends to sign up for a 10K that’ll happen in December.  In preparation for that, we met up at 6am for a morning jog.  Here’s a shot of the 6am crew after we did the run.

Since I was up, I decided to wake up my entire street by mowing the lawn.

Then I did some batch cooking for the week. 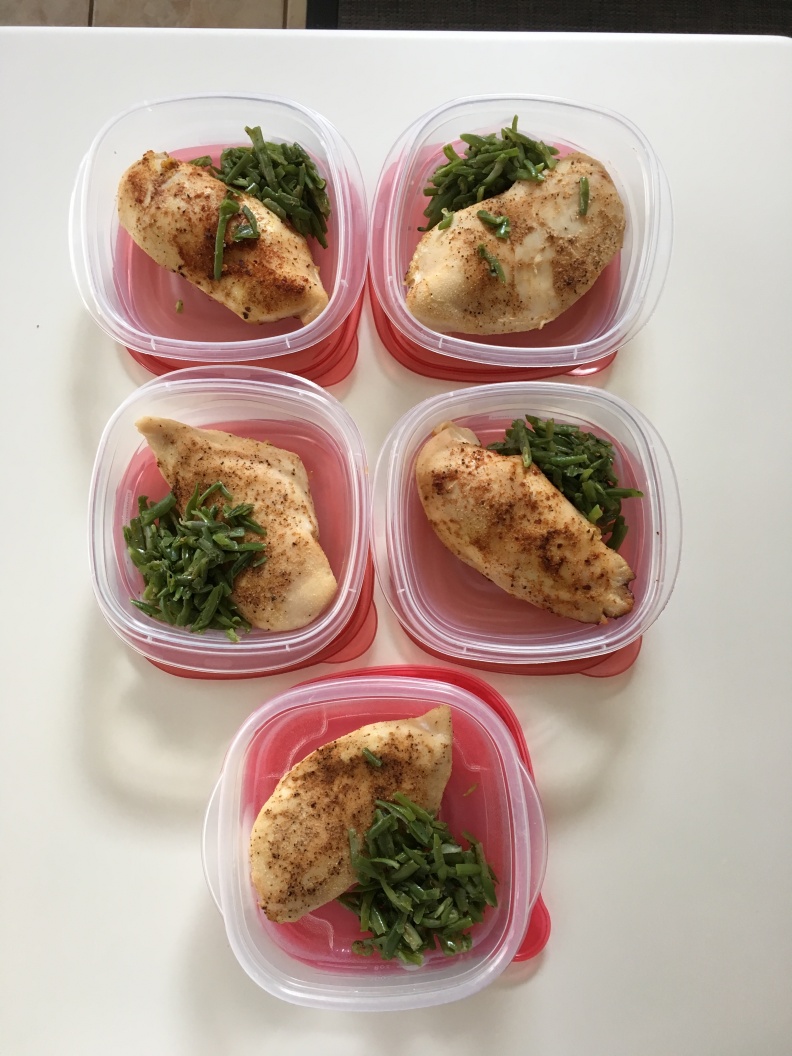 In the mix of all this, Sheena would sent pics of what they’re doing.  They were able to check out the boat races!

The prior week, my cousin Tim stayed at my house while he was down for a wedding.  He forgot his suit, so I squeezed it into this little box and shipped it back to him.  Hopefully it gets to him without TOO many wrinkles (but there WILL be wrinkles.. I guarantee it)… 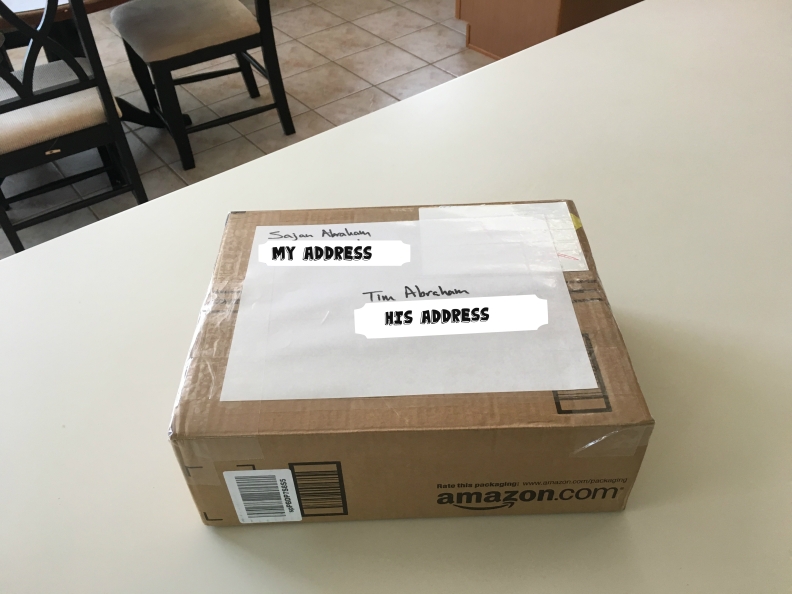 That afternoon, I headed to a birthday party.  Benny And Glennie’s daughter Callie turned 2!  They did it BIG!  It was held at Benny’s parent’s house (which is amazing).

Check out that huge bounce house (in addition to Earl’s huge biceps)!

Here’s Benny and Glennie with their cute kiddo Callie!

It was fun kicking it with everyone!

Sunday was a typical day.  I went to church, chilled at the house a bit, did some work on a project (blog to follow) and just kicked it.  Later that evening, I was bored, so I went to a movie.  In the middle of the movie an alarm sounded and we were told to evacuate the building.  Crazy, right?  Well, the entire building flocked out pretty fast.  Turns out it was just a false alarm.  We had the option to either resume the movie we were watching, or get a refund…. Guess what I did….. (it rhymes with befund)

Overall a pretty solid weekend!  My family comes back to town TODAY!  I’m pretty amped to see ’em!  Have a great week, friends!