This weekend Houston hosted Super Bowl LI (that’s 51 for those that don’t know). 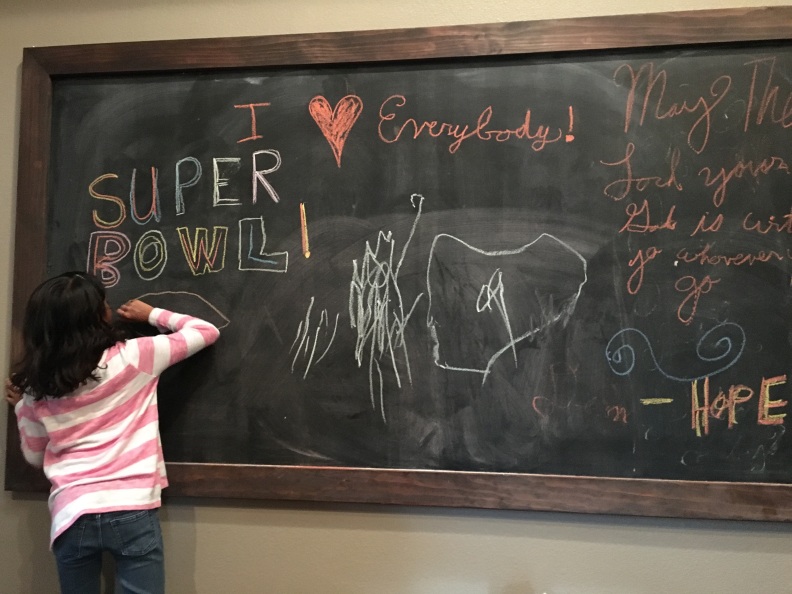 As you could imagine there was a lot going on in the city.  I’m not a huge sports guy, but since the big game was was in our city, and I work in downtown, it’s only fitting to at least go check things out.  Here’s a quick video of what downtown looked like during the week.  The actual activities didn’t open till 3pm, so I couldn’t get into anything, but the crowds were there!

Although I didn’t get to see the actual happenings, it was still cool to check things out and walk around.  Luckily, Houston has had some of the best weather this week, so it’s nice to be out and about.

Friday, Ezzy was sick, so I stayed home with him all day.  My folks just came back from India, so we spent some time there in the evening.

On Saturday, Shane came over to hang with the kids.  For dinner, we went to the town square (just to get out of the house).  Jupiter is the restaurant of choice! 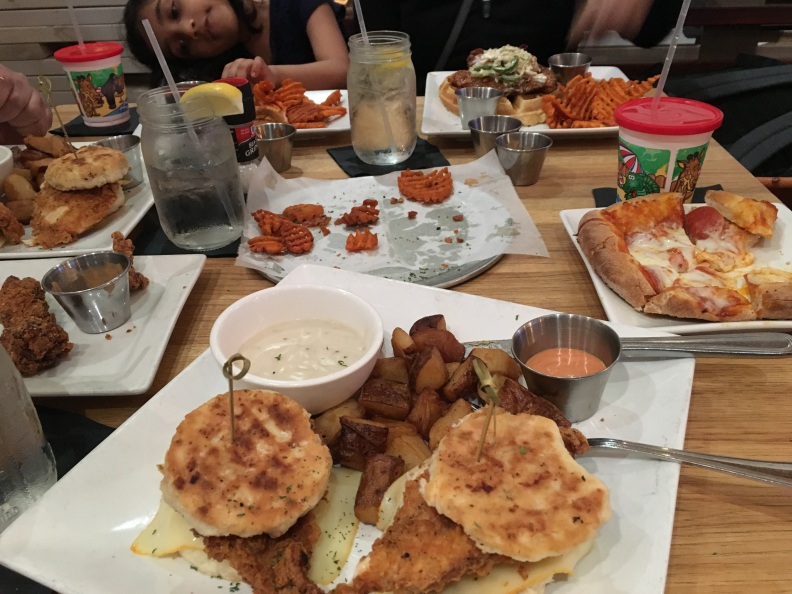 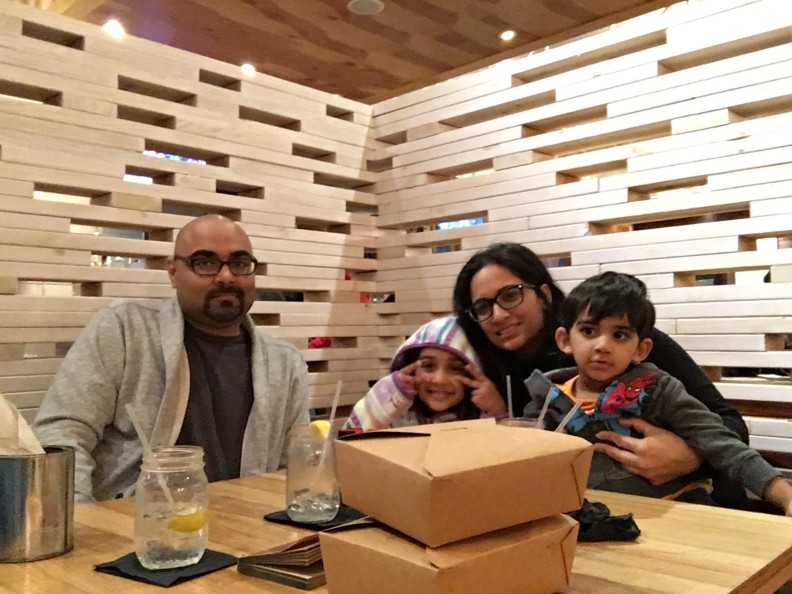 Shane bought the kids Uno, so they’re really into that game now. 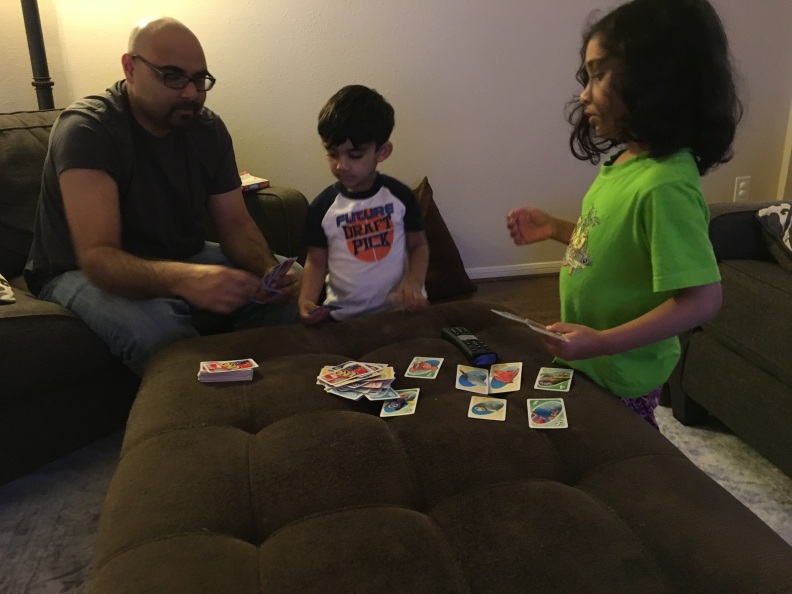 Sunday we went to church and then hit up HEB.  The kids still had their name tags, so we put ’em to use. 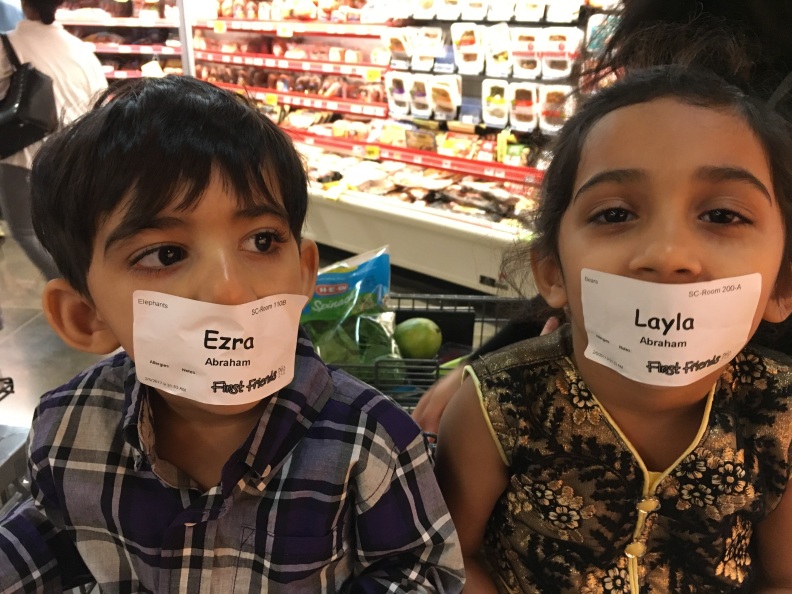 Blesson and Jolly hosted a Super Bowl party for the family, so we headed that way before the game started.  The kids had a ton of fun together! 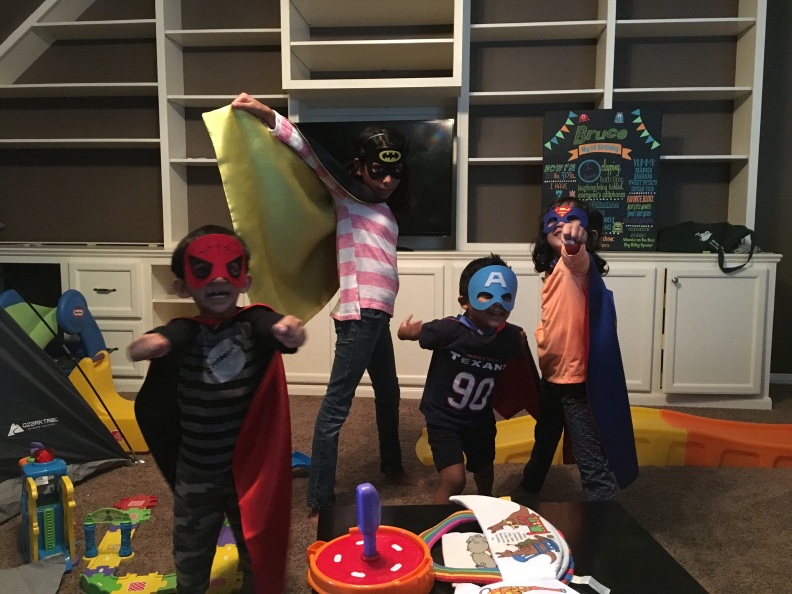 and the food was great! 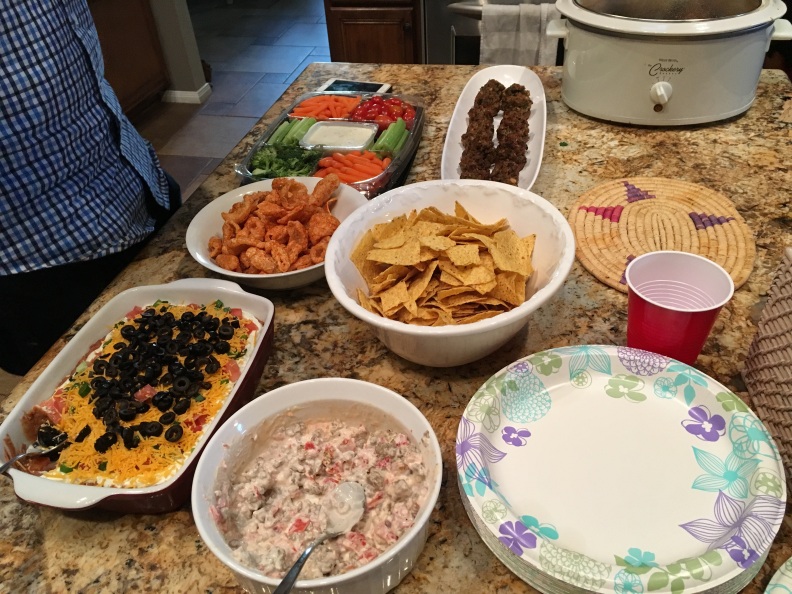 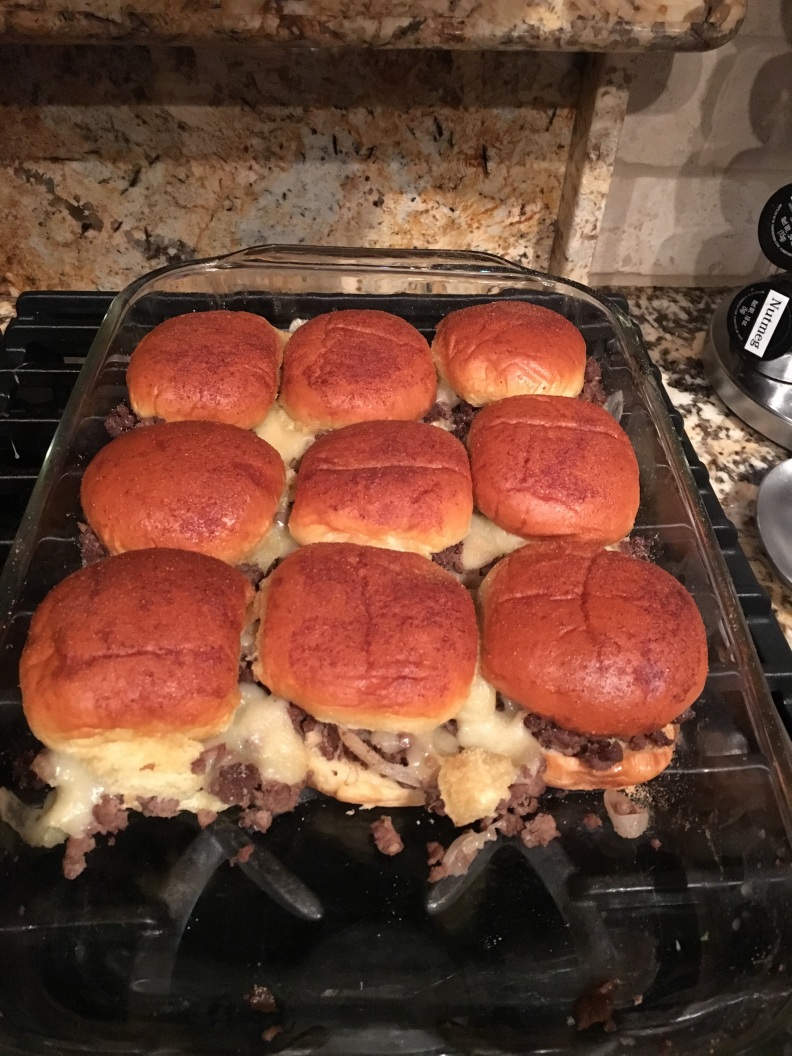 Here’s a shot of the little kids harassing Hope. 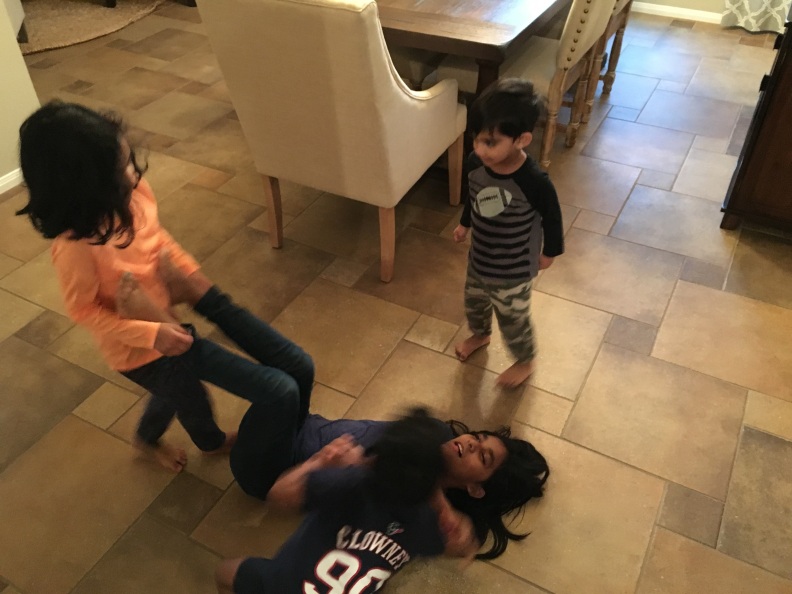 And here’s a shot of Priya holding baby Dean.  He was intently watching the game. 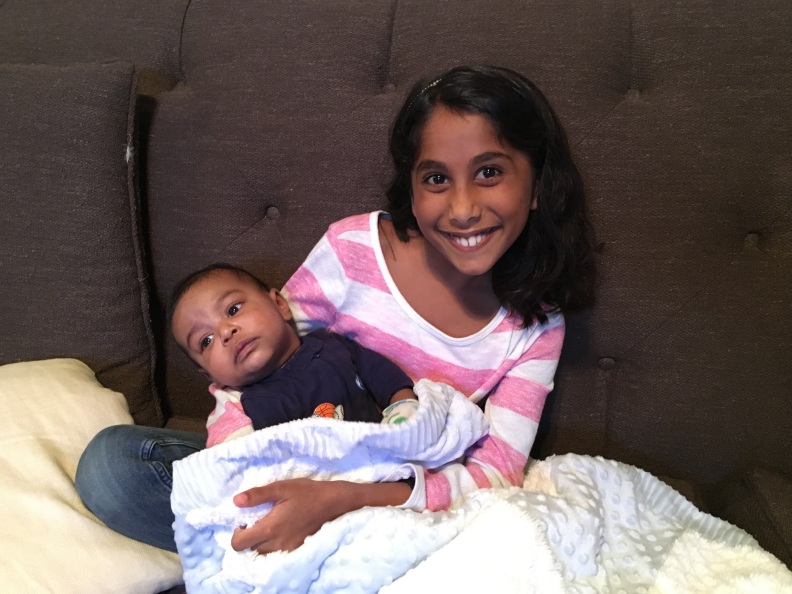 Here’s a quick video recap of the party!

We left before the game was over, but I caught the last part back home.  Of course, I was surfing Facebook too and thought it was hilarious to see the reactions on my news-feed! 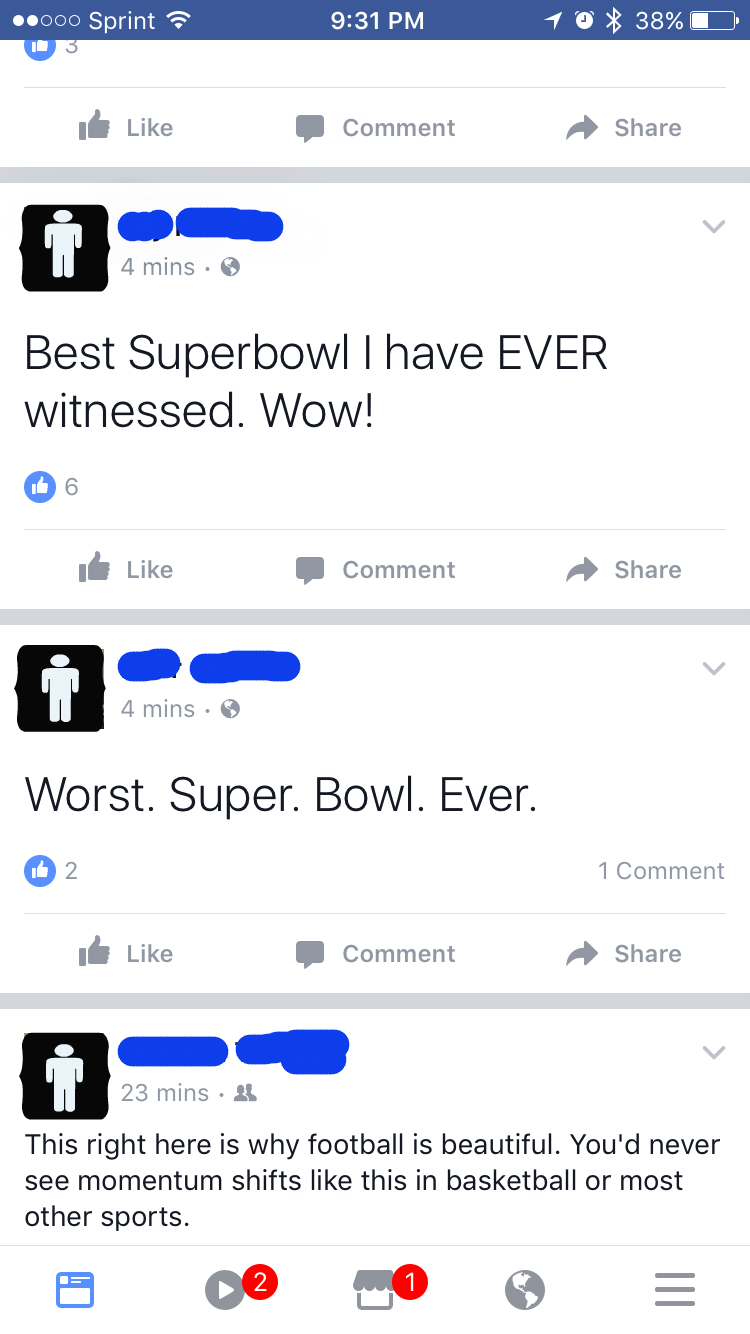 I just thought it was funny to have two completely different reactions right next to each other!

I hope everyone had a great weekend!