This weekend was great!  Earlier in the week, I took the kids for fro-yo after school (upon Layla’s  request).  They like it.  Here’s a cute pic of them. 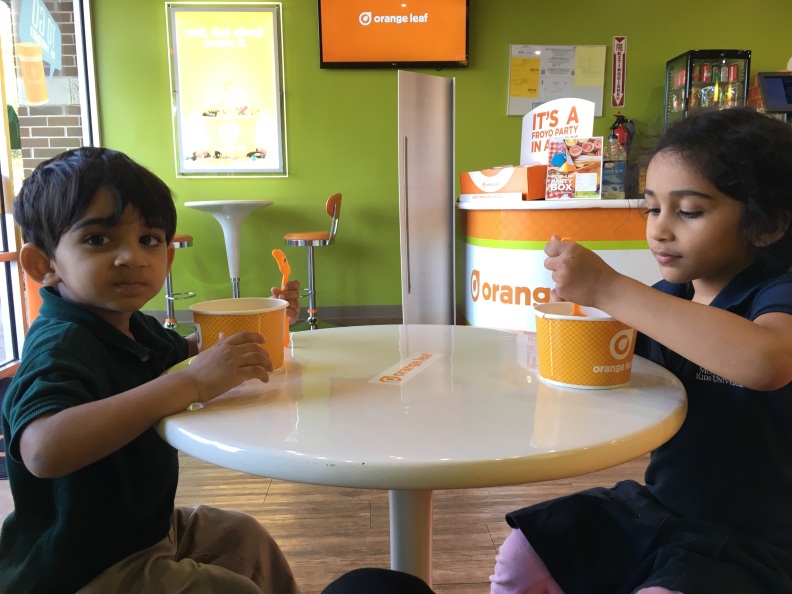 Saturday was Aaron’s birthday party, so we headed to a bounce house for the party!  Ezzy was passed out by the time we got there. 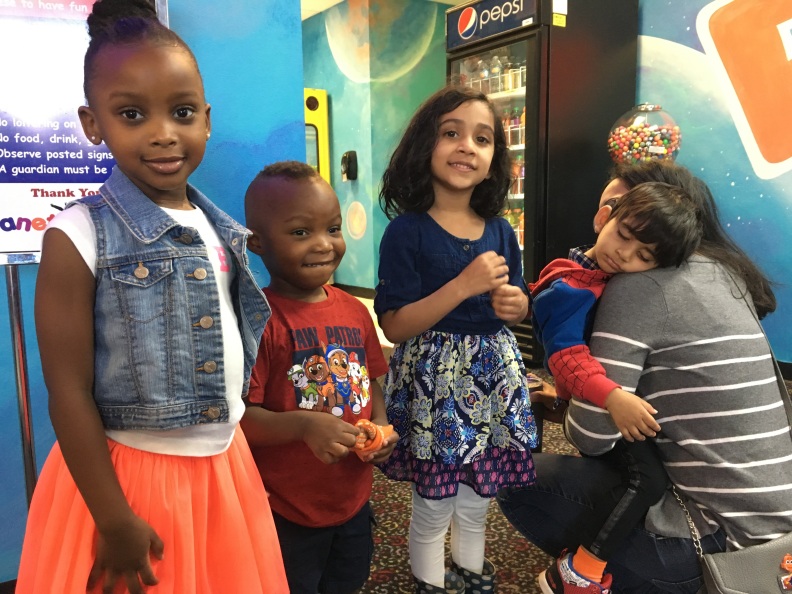 Aubrey (Aaron’s sis) and Layla have been friends since they were one!  They went to the same school.  Although they’re both at different schools now, we all still keep in touch. 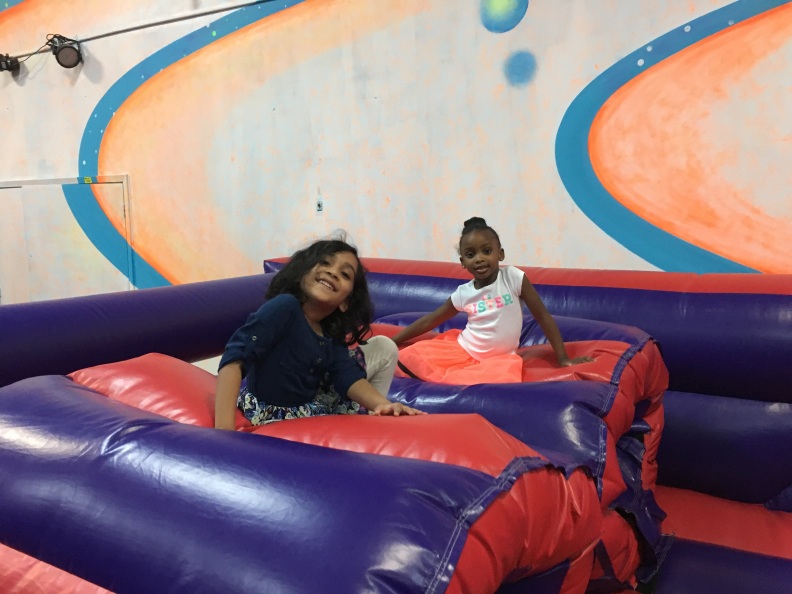 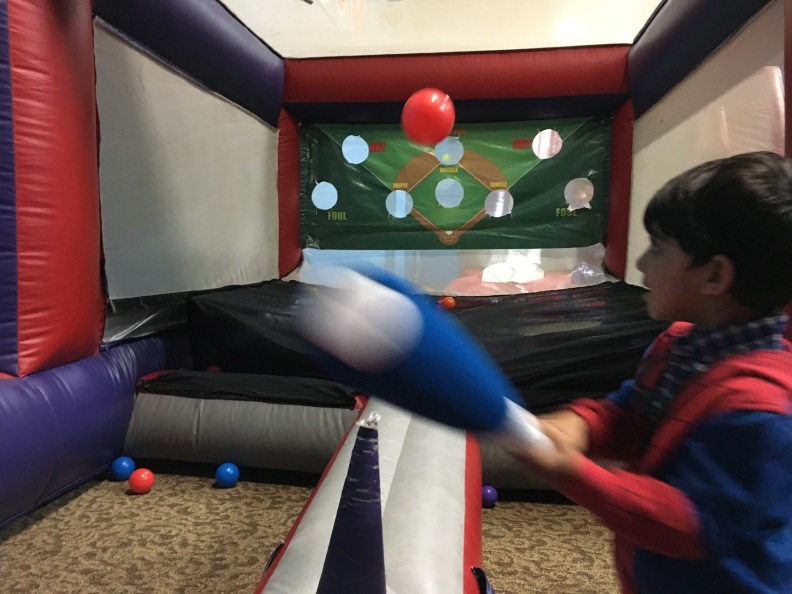 It was a Paw Patrol Theme (Ezzy loves Paw Patrol!)

On Sunday we went to IPC instead of our church.  Nabeel Qureshi was speaking so we wanted to hear from him.  It was also our parent’s wedding anniversary, so Bless and I thought that we could take ’em out to lunch after church.

Going to IPC is like a reunion.  We ran into a bunch of old friends that we don’t get to see very often. 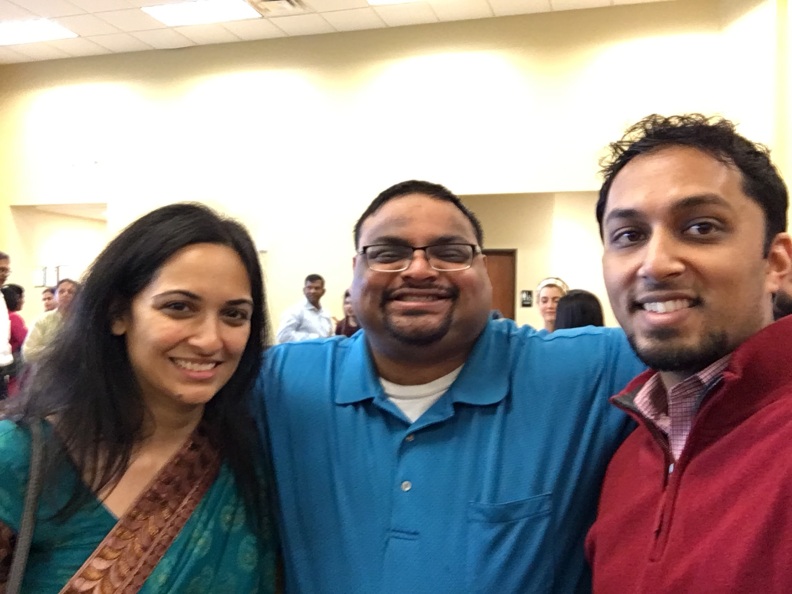 After we left church, we headed to Fadi’s for lunch.

Mom’s sister is in town from India.  It’s great to have her here for a while! 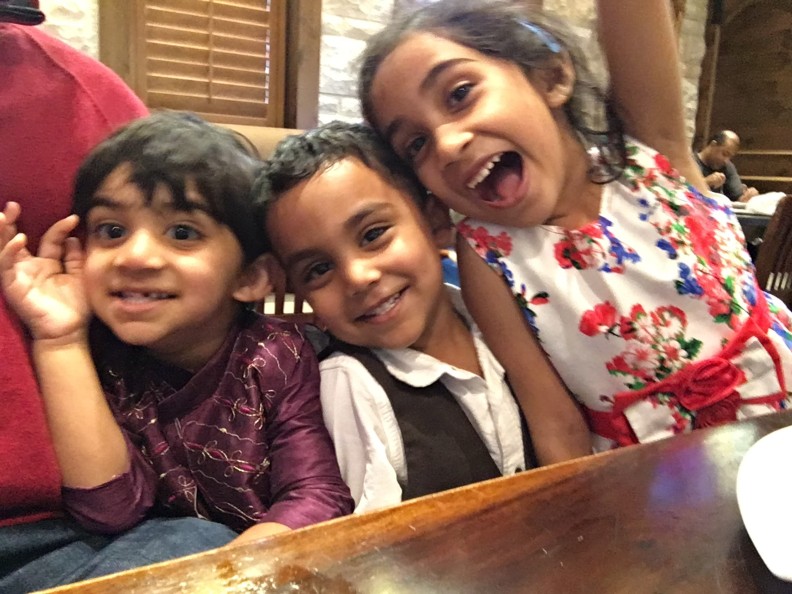 Afterwards we went to the Telfair HEB.  It’s pretty different from our usual HEB, but still great! 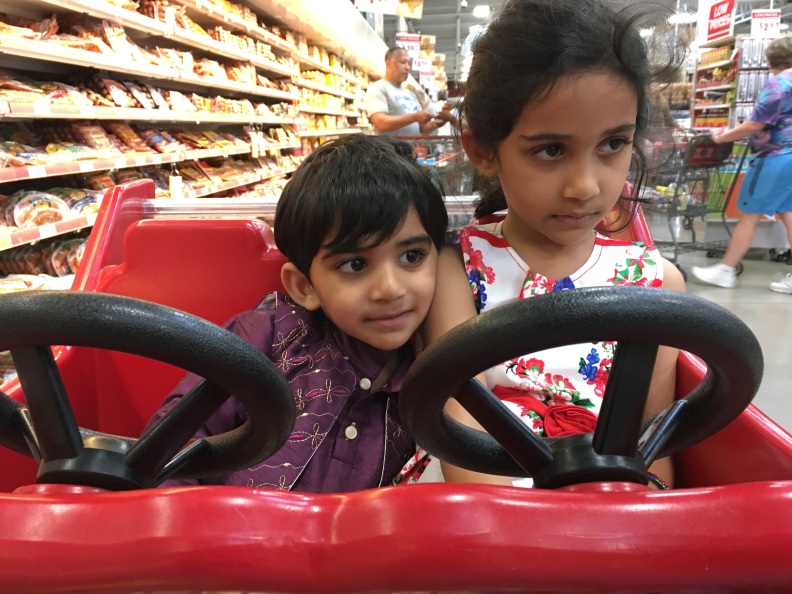 On another note, I’ve come to realize that I fooled a lot of people to thinking I was actually writing a book!  The responses have all been positive though.  Thanks!  It sort got me thinking to actually write something!  We’ll see!  Have a great week!