This weekend we did a lot of celebrating!  Namely, it was my nephew’s 3rd birthday! 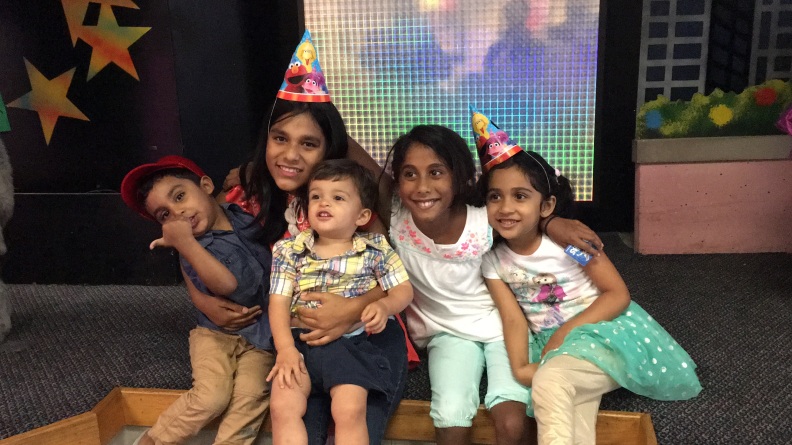 On Thursday my Dad came over and mentioned that Bruce and Dean were spending the night on Friday and he wanted Layla and Ezra to join them.  I warned him that it’ll get crazy when they’re all together, but I guess he enjoys the pain!  With that, on Friday after work, I brought the kids over to Mom & Dad’s house.  The decibel levels increased immediatly!  First they changed and jumped in the pool.

That wasnt a long stretch of time because the water was kinda cold, so they got all cleaned up and played with Baby Dean. 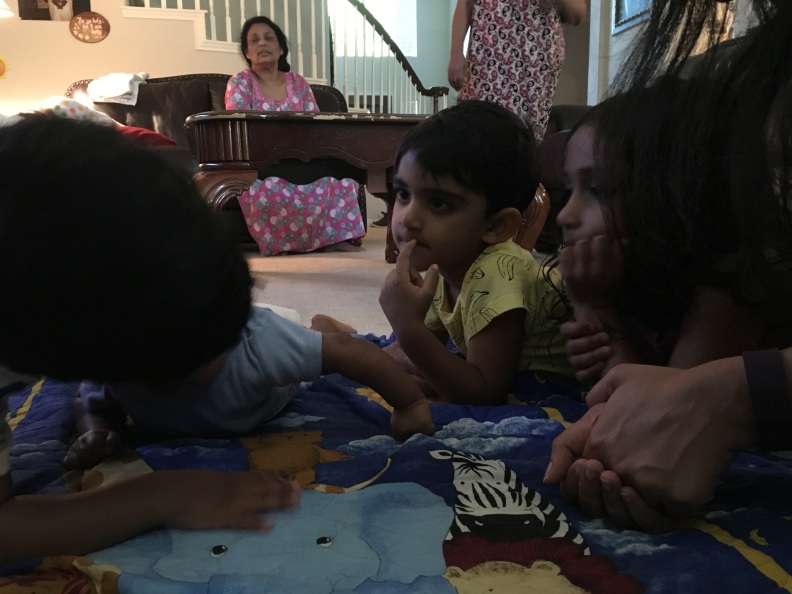 After they got settled, I headed home.  With a kid-free night, Sheena and I grabbed dinner at Brandani’s in the Township.  Sheena’s been there before, but this was my first time.  Pretty good stuff! 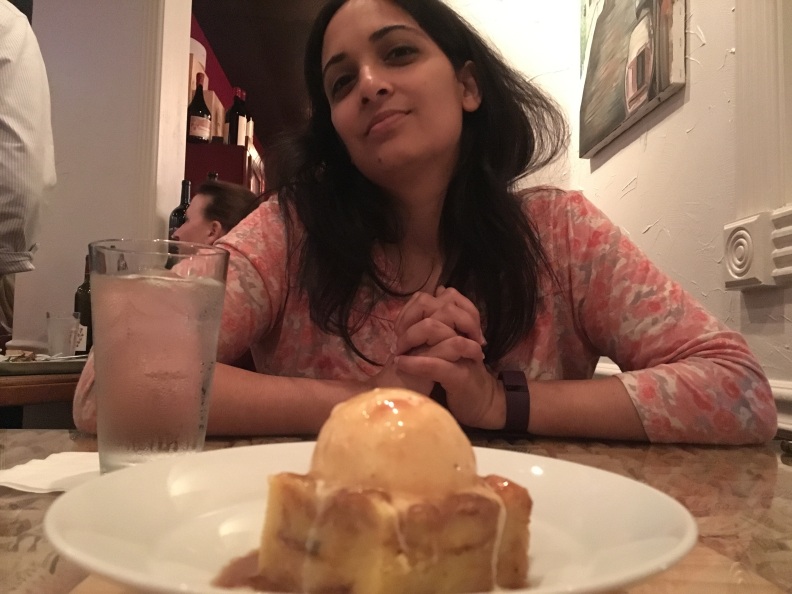 The next day I got up early and mowed the lawn.  I was going to film it and make a mini movie about it, but I know how much No Hugs Sherene hates it, so I didn’t do it.  It took waaaay longer than I expected!  Edging, mowing and cleaning up afterwards took about 3 hours!

While I was doing that, Sheena did some shopping, went to Teena’s baby shower and then went to Sharon’s bridal shower… Like I said, a lot of celebrations.  Check out her videos!

Around 2pm, I scooped up the kids and came home.  They had a great time!

Later that night was Jobbins’ baby shower.  The call was to bring a box of diapers.  Layla wrote the card for me. 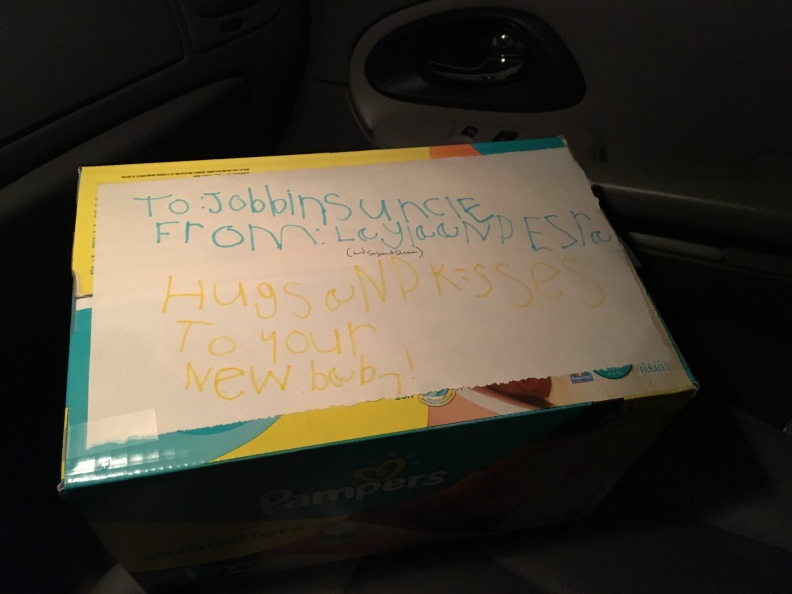 Here’s a shot of the diaper wall.  By the end of the night it was waaaay bigger than this!

Here’s some pics of the grub. 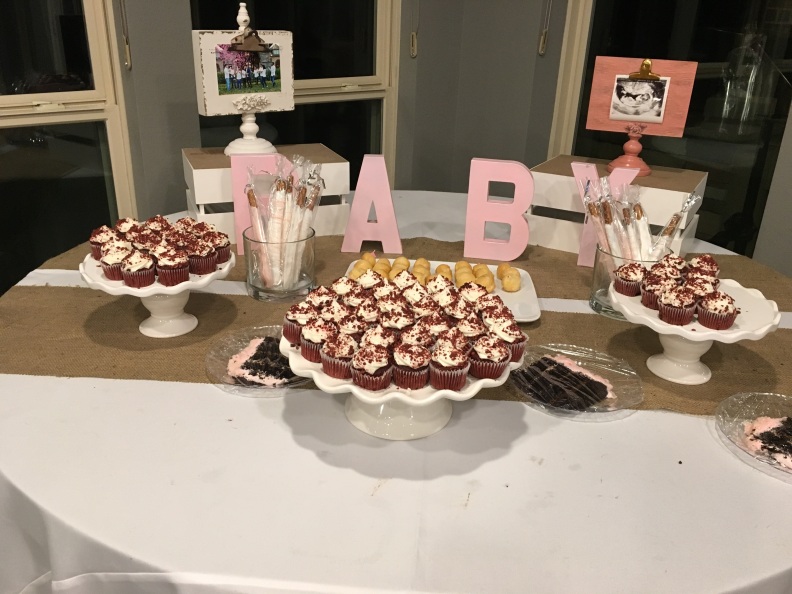 Here’s one of the Dad-to-be. 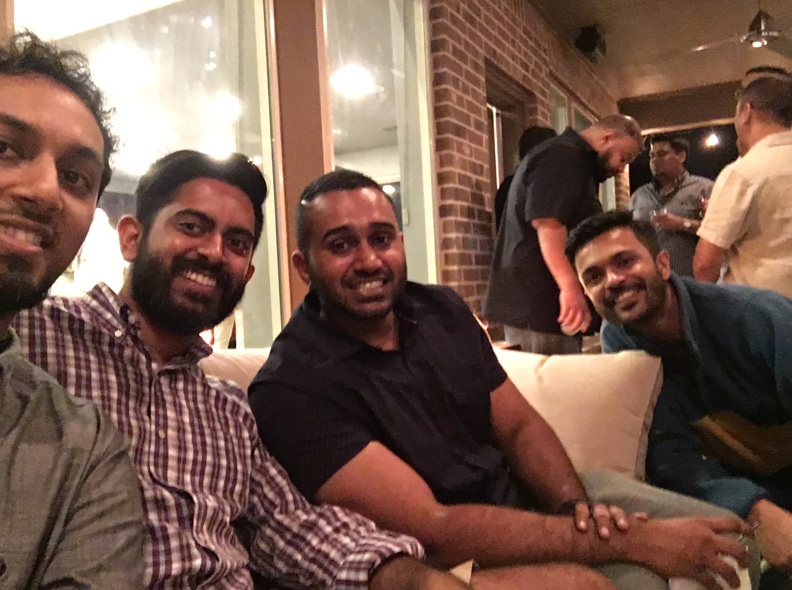 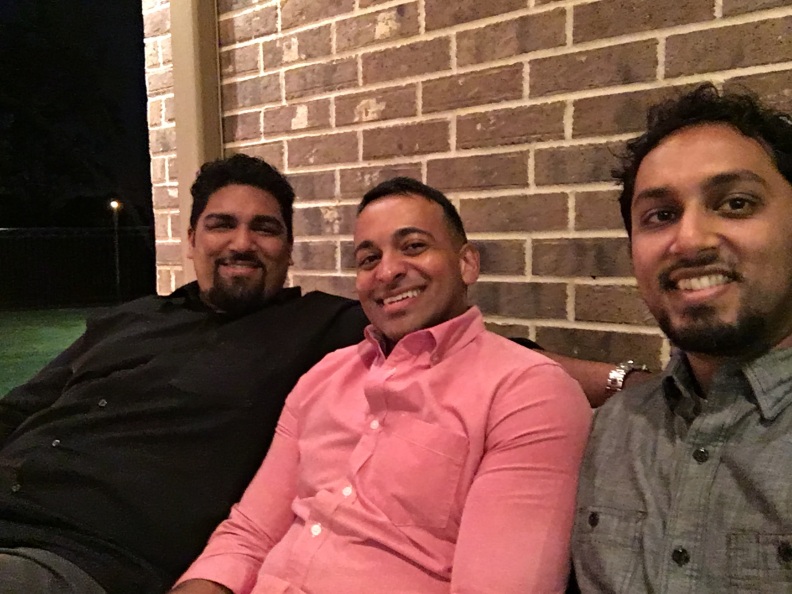 Shibin busted out the drone!  The footage was awesome! 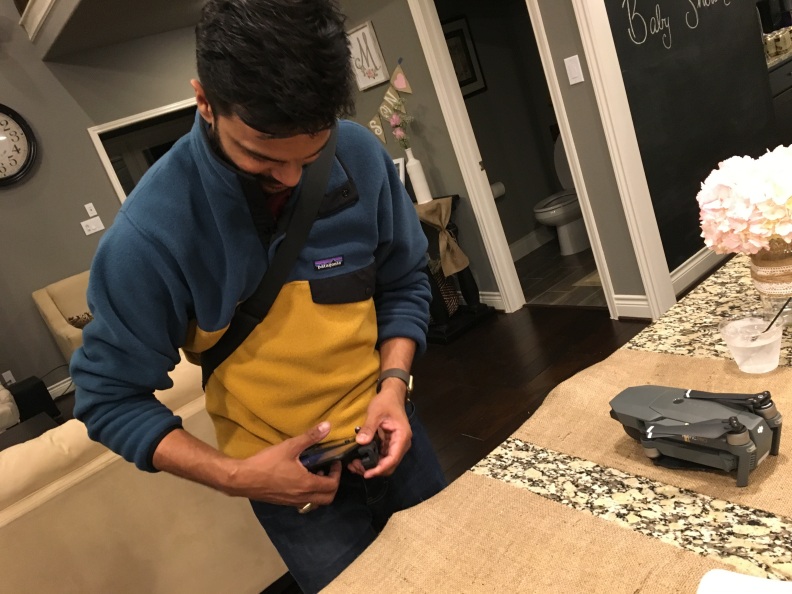 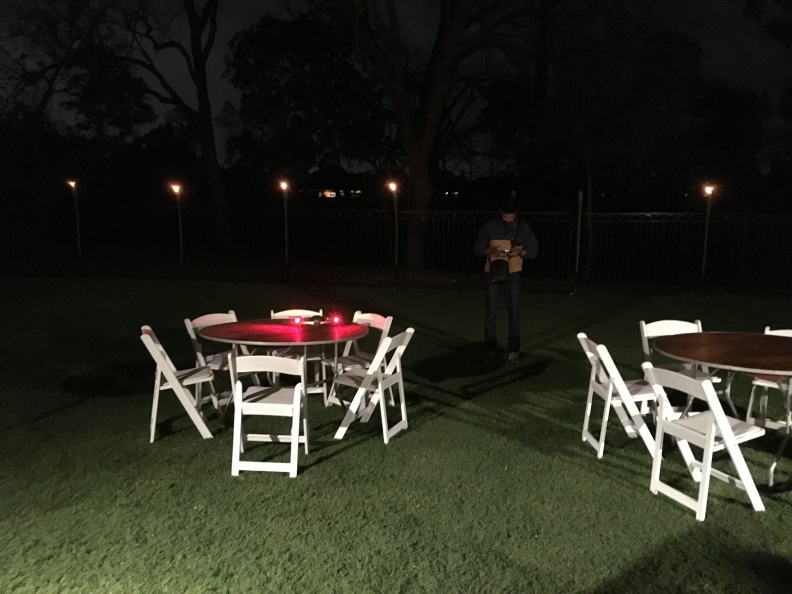 If anyone wants to gift me a drone, please feel free!  Here’s some more peeps throughout the night. 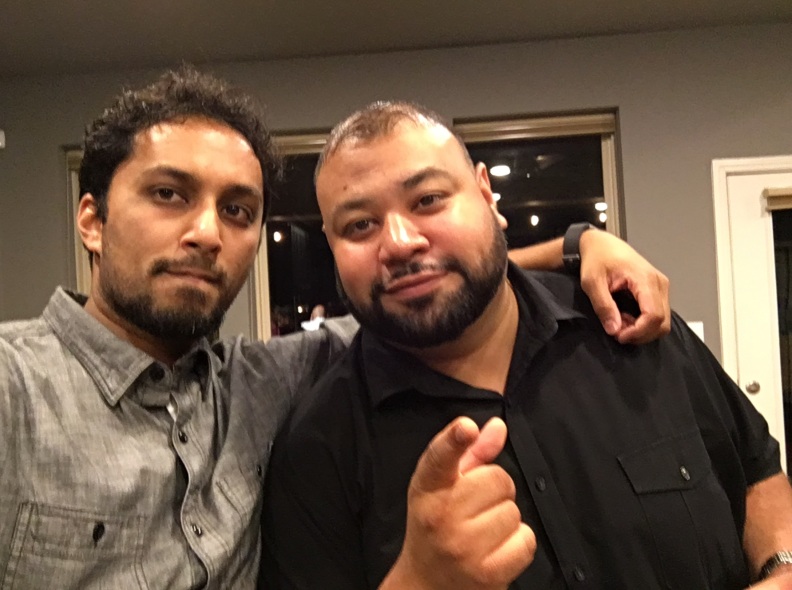 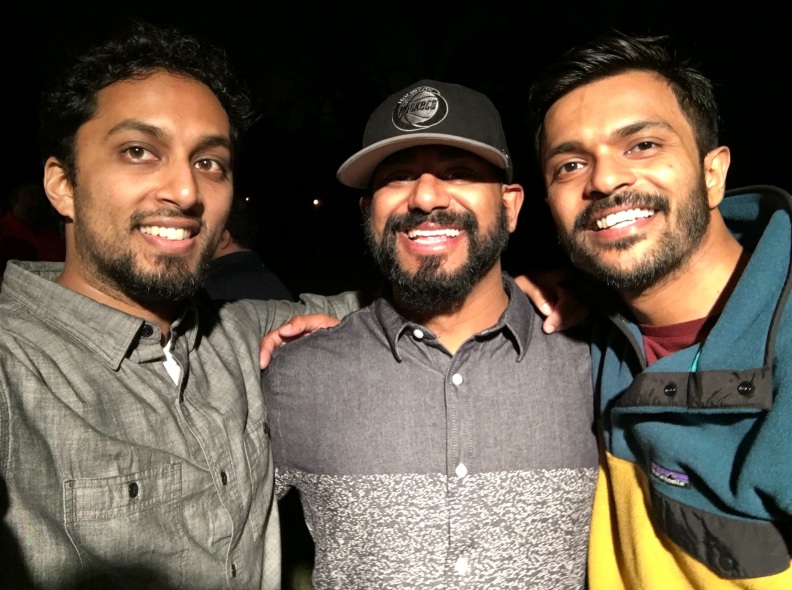 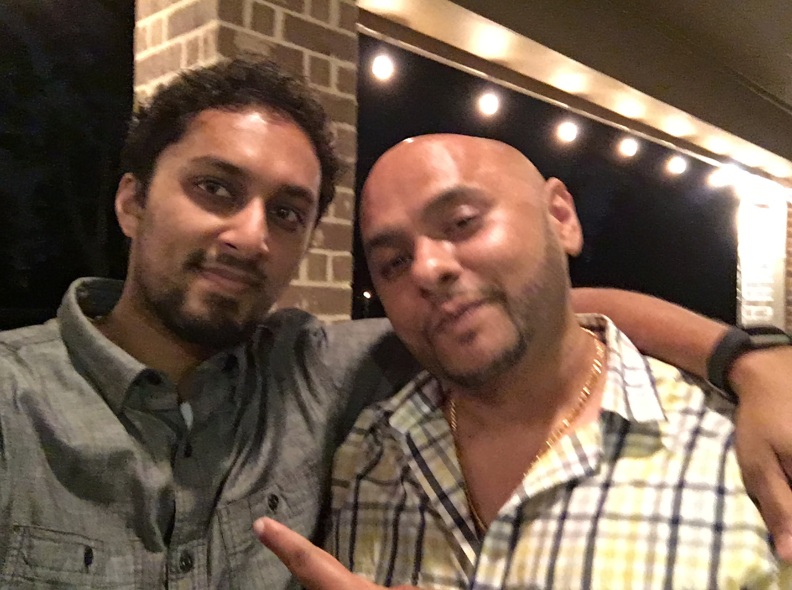 Good times!  It was great to just see everyone and chill for a bit.

Sunday we did our usual.  Went to church, then headed to HEB.  This time I bought the ingredients for a BLT and filmed it.  Check it out!

After the BLT, we headed to Chuck E. Cheese for Brucey’s Birthday party.  The kids had a blast.  The parents were tired.  Check it out.