This past weekend was my birthday weekend!  To celebrate, Janie (Sheena’s cousin) and I had friends and family meet us at Oyster Creek Park to have a small picnic.  Janie’s an October baby as well and we’ve been talking about doing something like this for a while, so now it finally happened! 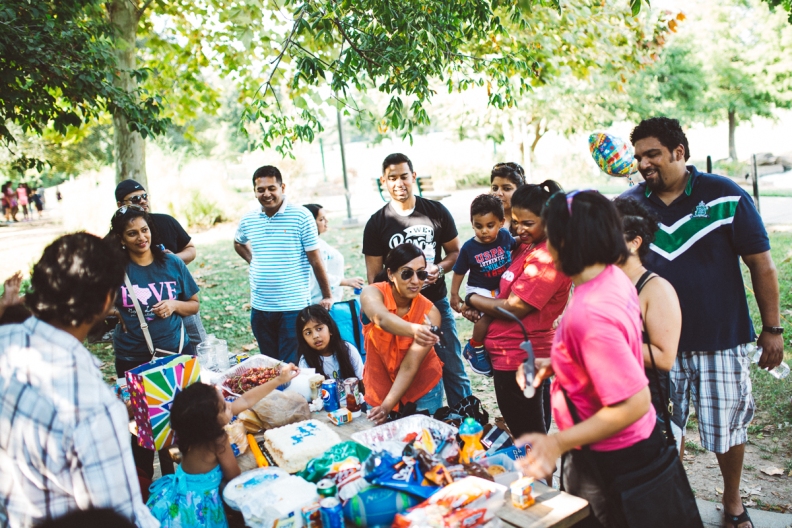 The weekend was filled with fun times!  Thanks soo much to everyone who sent me well wishes via Facebook, Text, Calls and especially to those who came to the park on Sunday!  We had a blast!

Before I talk about Sunday’s picnic, let me start at the beginning of the weekend.  Saturday morning, we headed to Pearland to have breakfast with Sheena’s mom.  She wanted to treat us to breakfast for my birthday.  We went to Cracker Barrel. 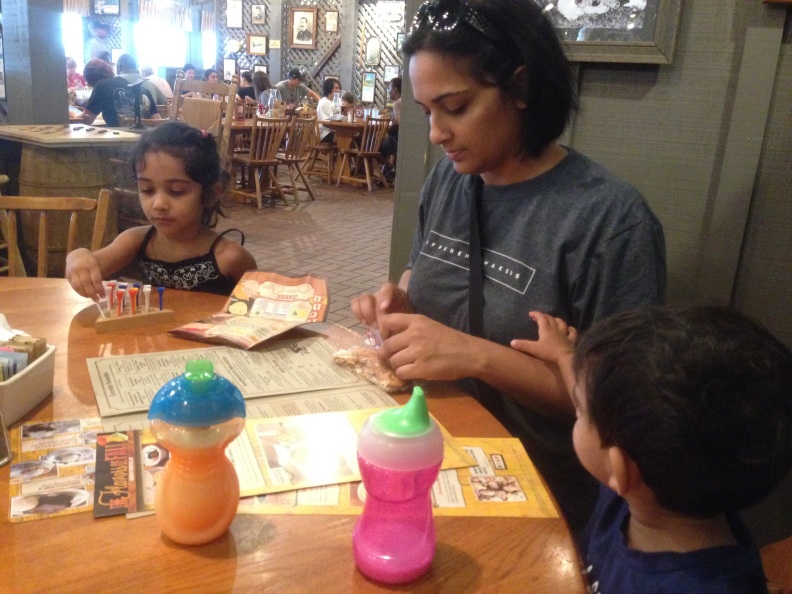 After that filling breakfast, we left the kids with Mom and headed to Josh and Sophie’s wedding shower.  It was fun to see some old friends and just hang at Josh’s house for a bit.  The grub was not only delicious, but it was also artfully laid out! 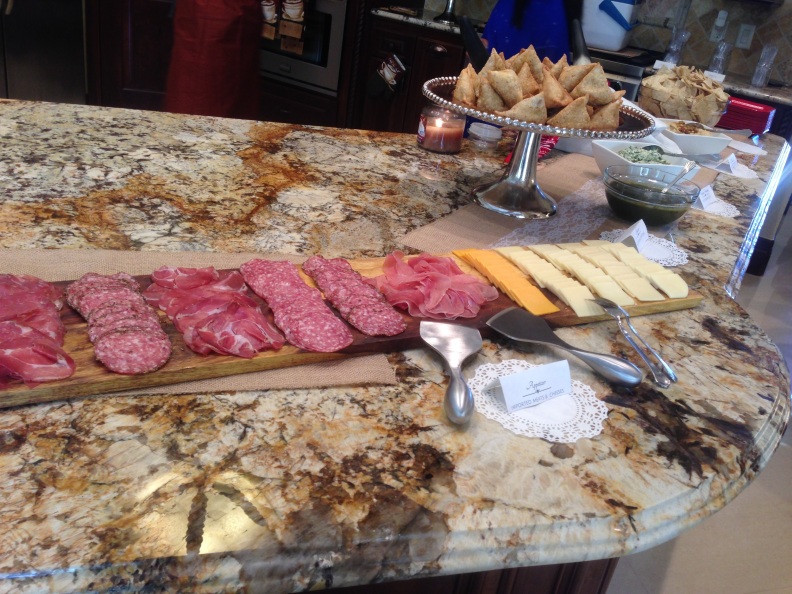 In fact the whole party was thoughtfully laid out.  They had indoor and outdoor games planned and it was just a nice time to hang out and chat. 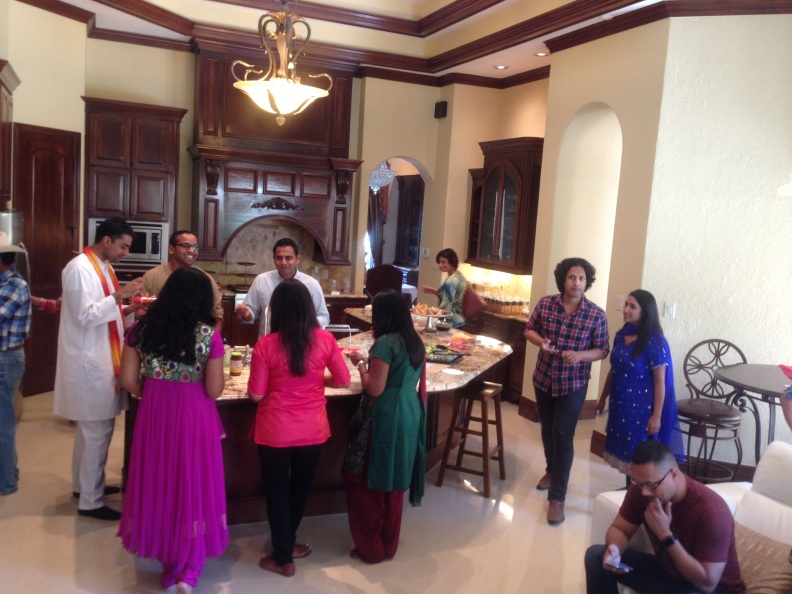 Cowboy Tim was the host for the party, but the entire family and Sophie’s good friends rallied together to make it a really awesome celebration for Josh and Sophie! 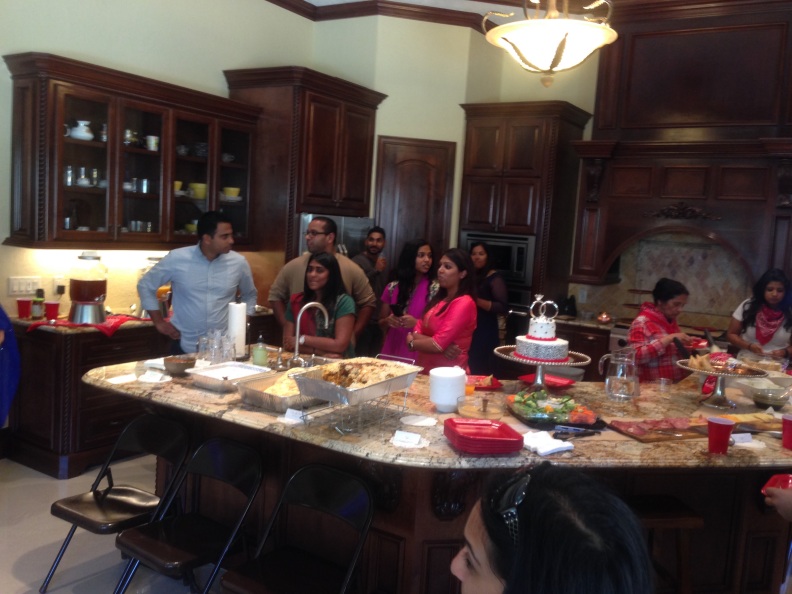 While the couple was cutting the cake, Josh mentioned that my birthday was the next day and then everyone busted out singing “Happy Birthday” to me!  It was a tad bit embarrassing because I didn’t want to take away from their party, but I was very flattered!  Check out the bling on that cake by the way! 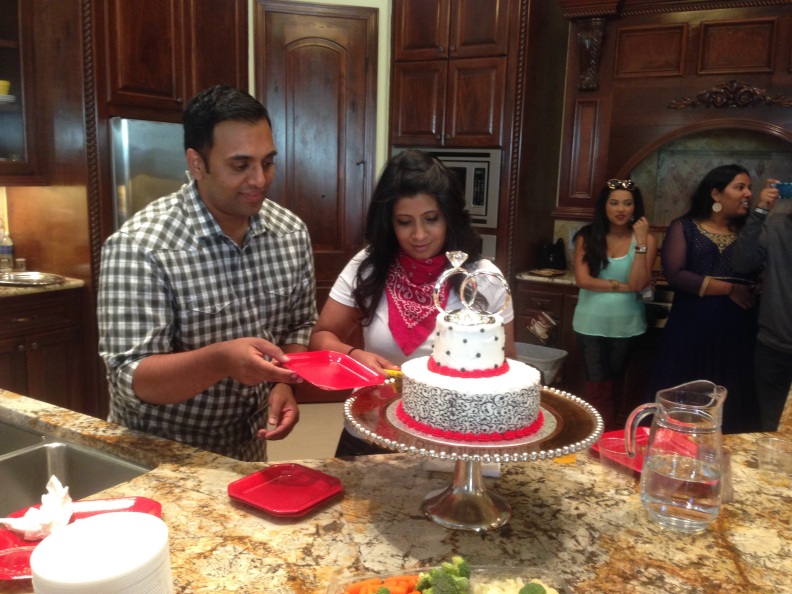 One of the games had various quotes and we were to guess who said it, Josh or Sophie.  Sheena got the most answers right and Cowboy Tim gave her a gift!

We were having a blast, but it was getting late so we headed out and scooped up our kids.  We entertained the idea of going back to the Thomas house to play a little longer, but after getting the kids, we realized how tired we all were, so we called it a night.

Sunday morning, we went to church and did our usual run to HEB (mainly to shop for the picnic), but we actually rushed back to church because our friends Limi and Ashok were getting baptized!  It was exciting to be able to see them get baptized and we’re super happy for them!

After that, we headed back home to rest up a bit.  Then we loaded up and headed to Oyster Creek Park.  Janie and her bros met us up at the park and we got things set up.

The goal was not to just get together for our birthdays, but we wanted to try and raise some money for Living Water International.

We were pleasantly surprised to see how many people actually donated!  For example, Ashley brought a brown bag full of coins! 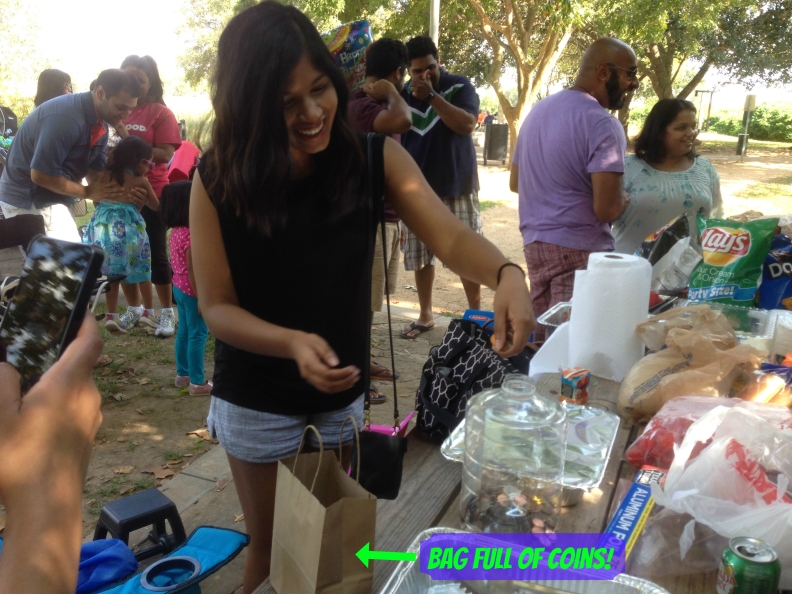 And these were just the peeps I caught donating!  I know there were plenty of others that gave!

Here are some more pics from the picnic. 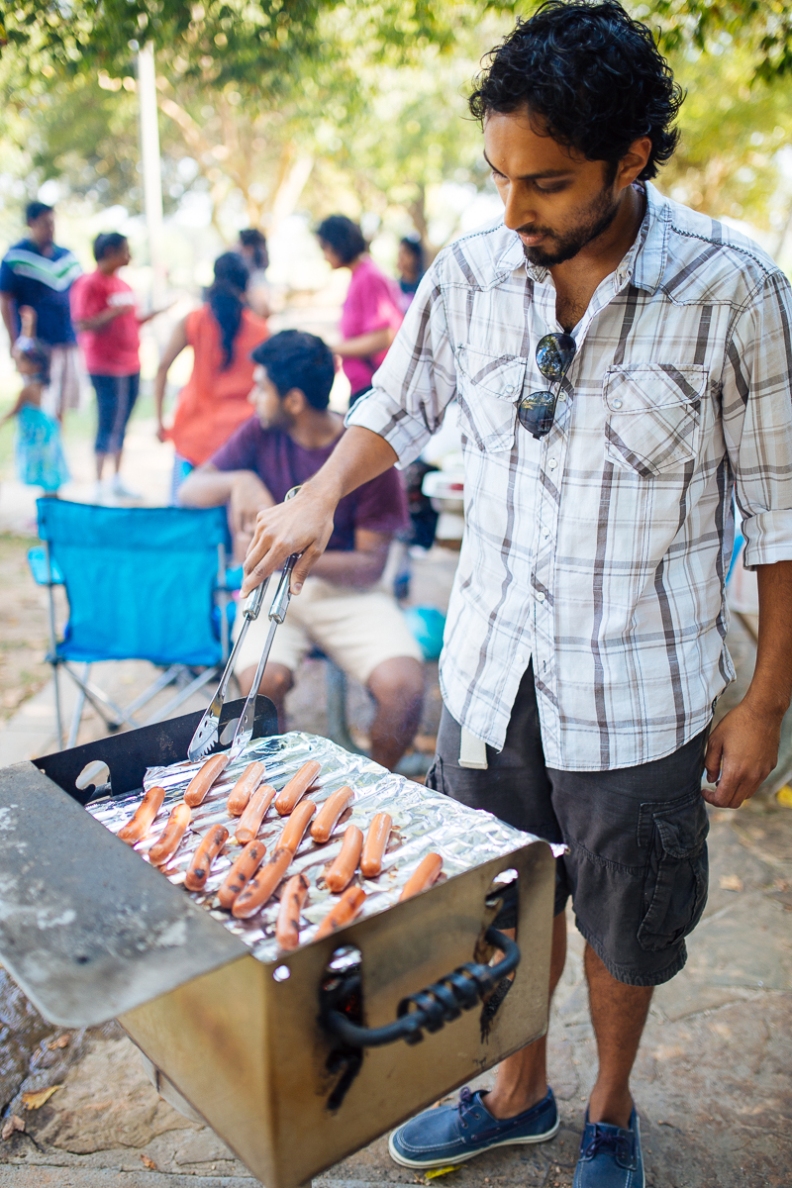 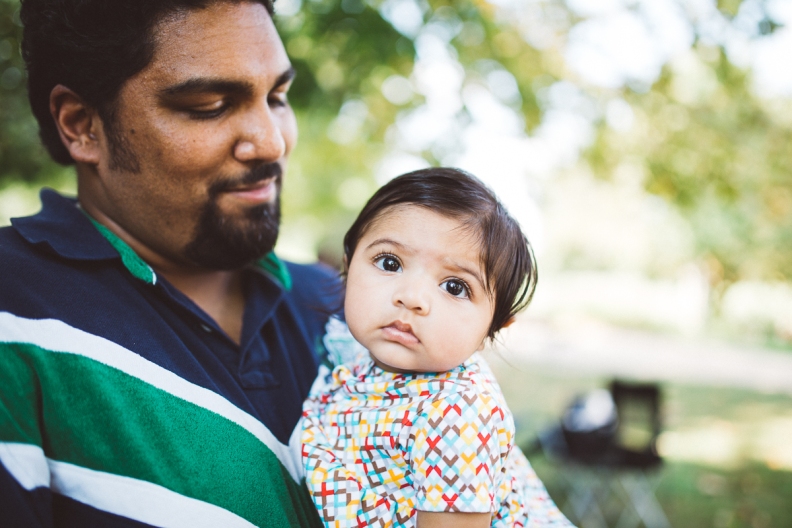 I think Pokie was showing us the cool way to eat a hot dog. 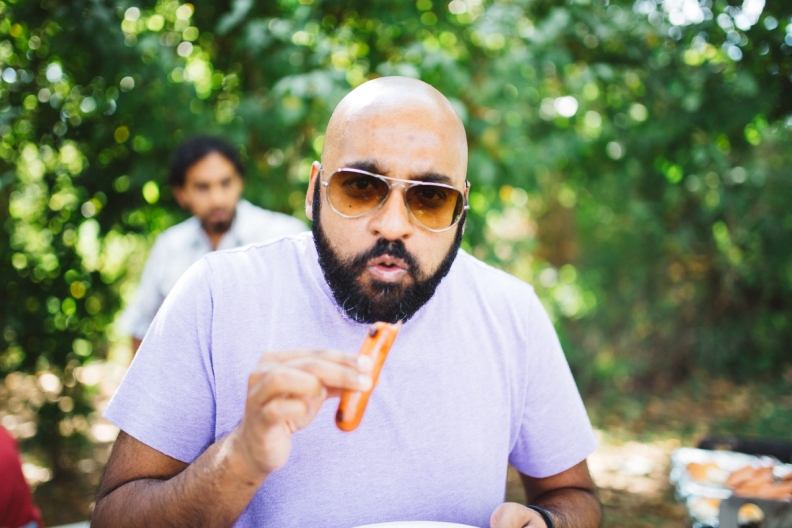 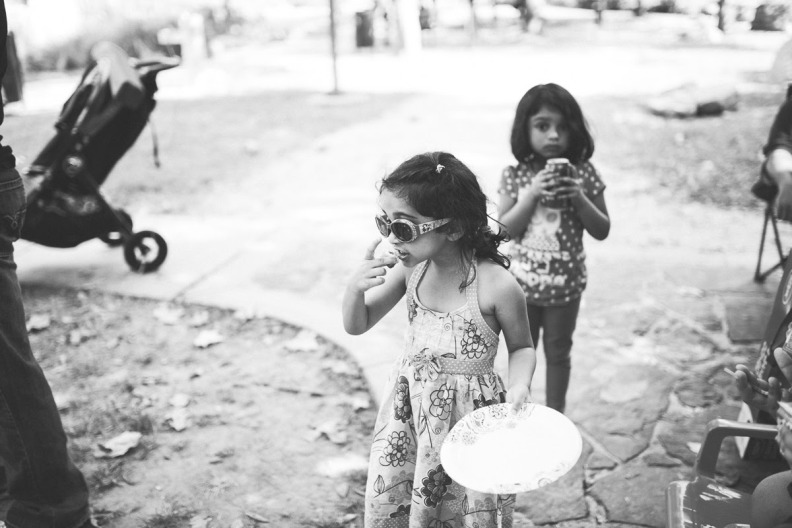 Layla did the honors of blowing out the candles for us. 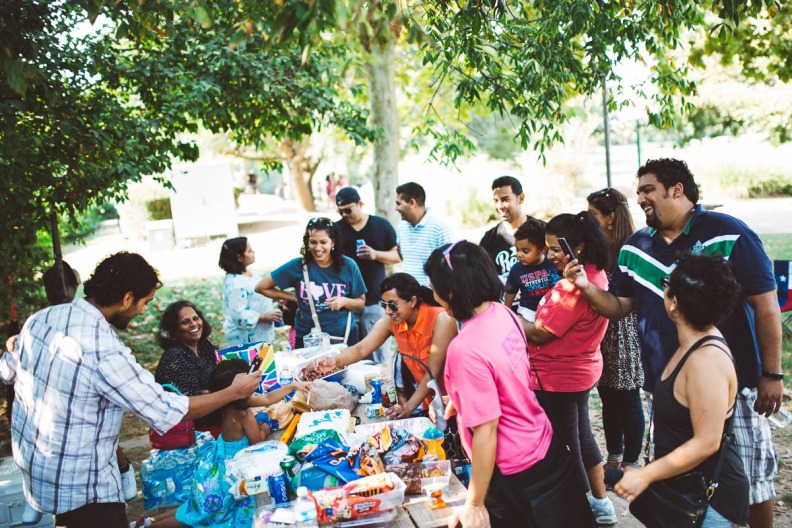 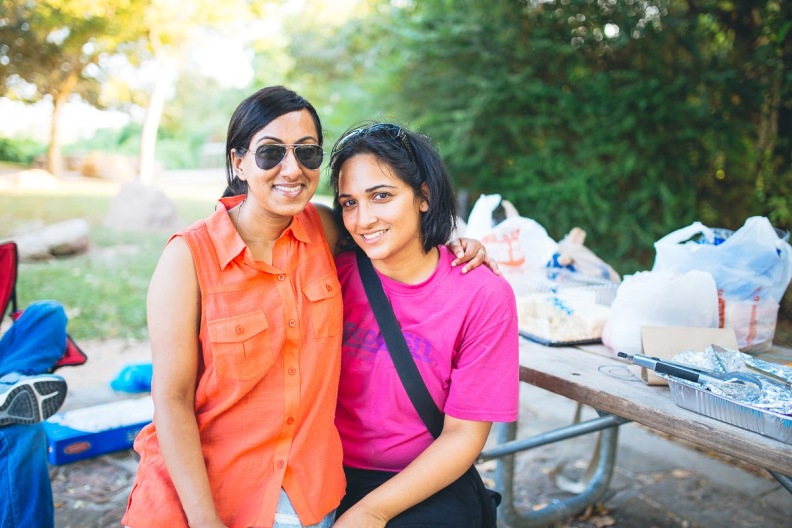 Here’s a pic of the Birthday Peeps + Layla!

I know what you’re thinking.  “That looks like a couples pic!  I bet Sheena was mad!”  Well, I fooled y’all!  If you look closely, you’ll notice that it IS Sheena!

Now you’re thinking, “dude, you took a family pic without your son!  That’s really jacked up!”  Just to be clear, I love my kids and I would never leave them out of a family pic.  But I also want them to explore the world and create learning experiences for themselves.  If you look closely, you’ll notice Ezra playing in the bushes behind us.

You may have noticed that some of these pictures look AMAZING, right?  That’s because Jason Joy snapped them and shared ’em with me!  He’s awesome and if you don’t know him, you should really get to know him!  Check out his site here!

And to top off that wonderful weekend, Pearland Police gifted me a traffic ticket for running a red light.  I mean, do cops know your birthday and then say, “hey we should give him something… how bout a ticket?!”  I guess I invited them to give me a gift by actually running the red, but they’re such generous givers when it comes to tickets.

Once again, thanks for all the birthday well wishes!  My heart is full.