This weekend was a full one. On Friday, after the discovery of snowballs, I went bowling with Blesson, Shane and Benson.  Sheena’s cousin Ashley spent the night at the house so Sheena was in good company. 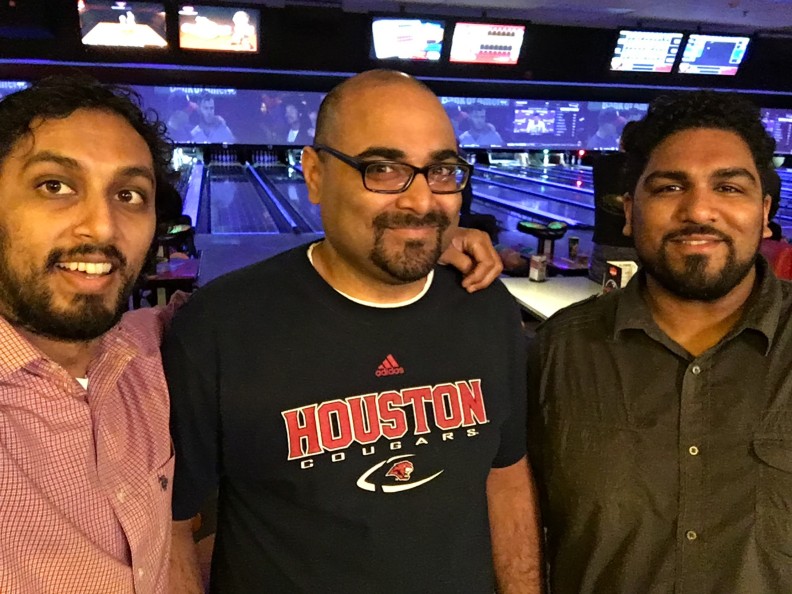 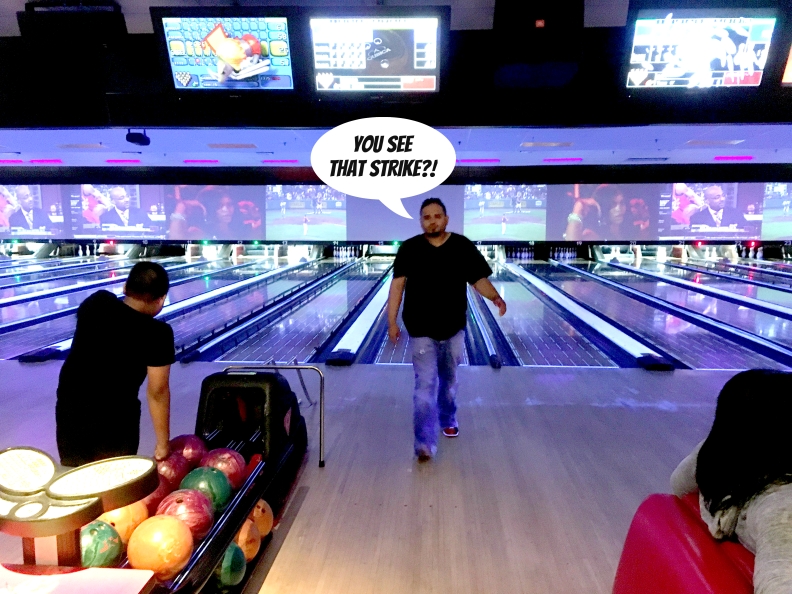 Saturday was Priya’s dedication.  Priya’s the daughter of our good friends Earl and Asha.  It was great to be there. 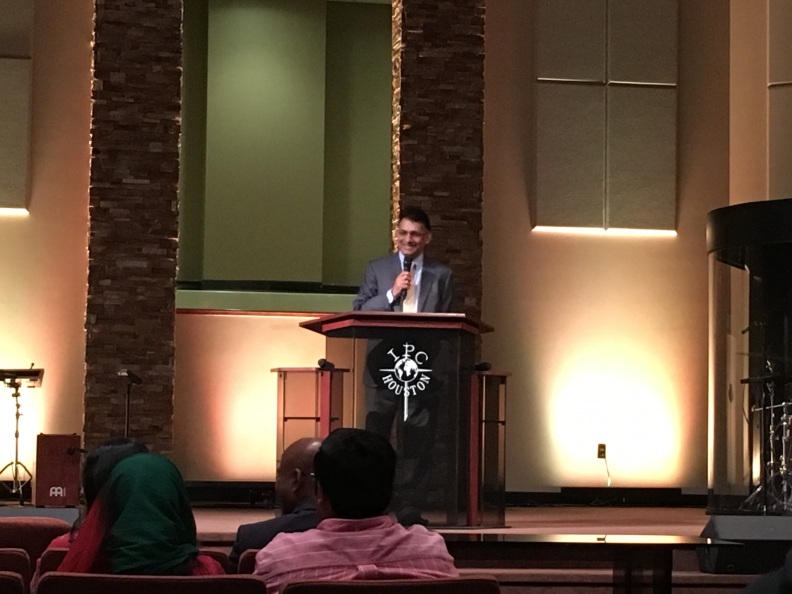 Sheena, along with Shelby, sang praise & worship songs for the service. 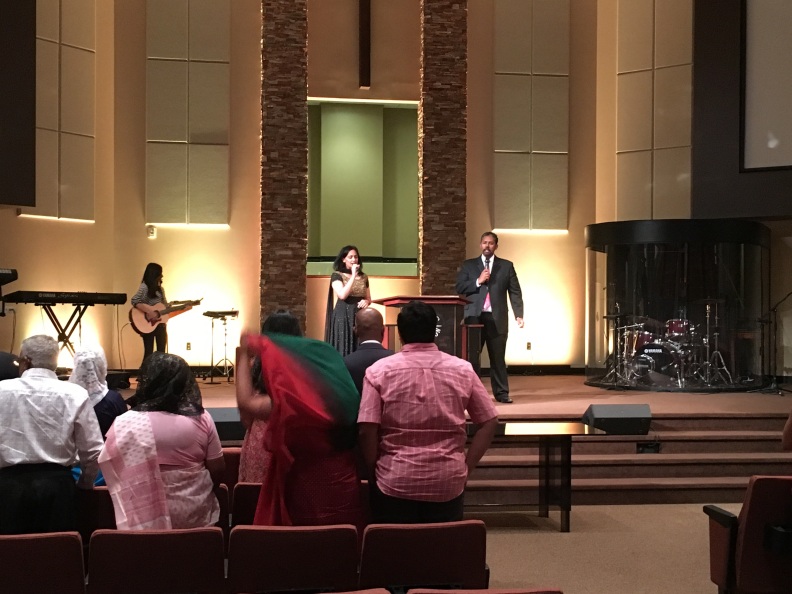 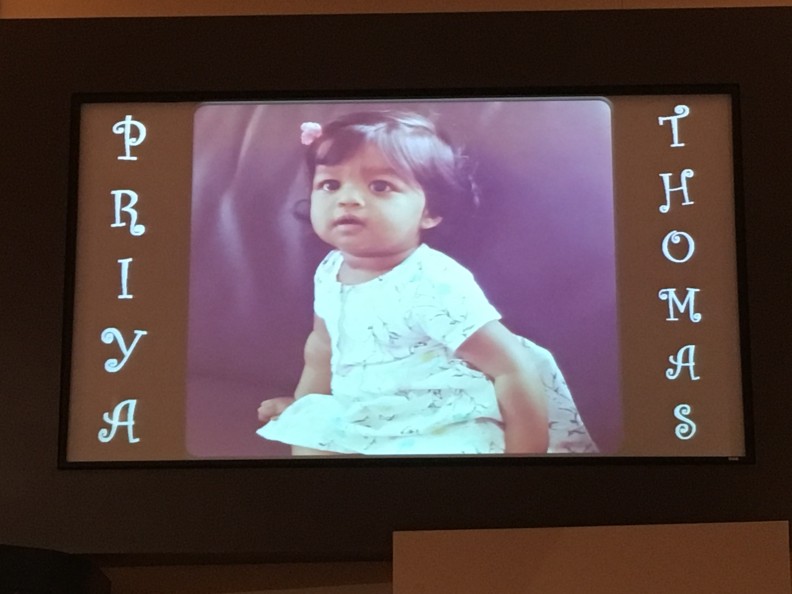 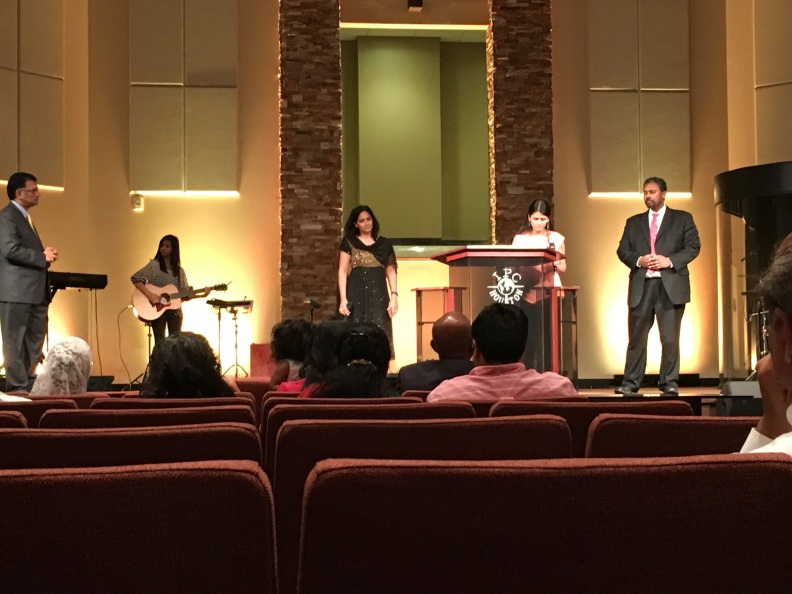 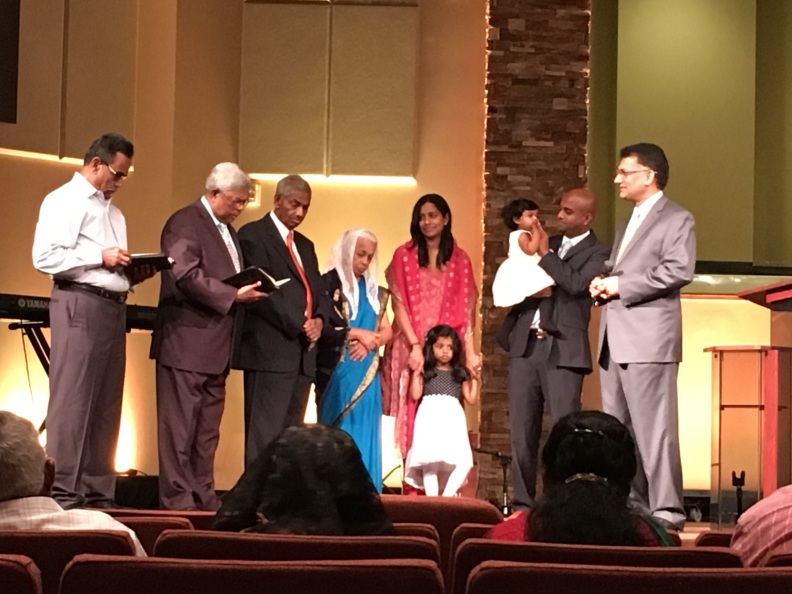 Afterwards, the kids played for a bit. 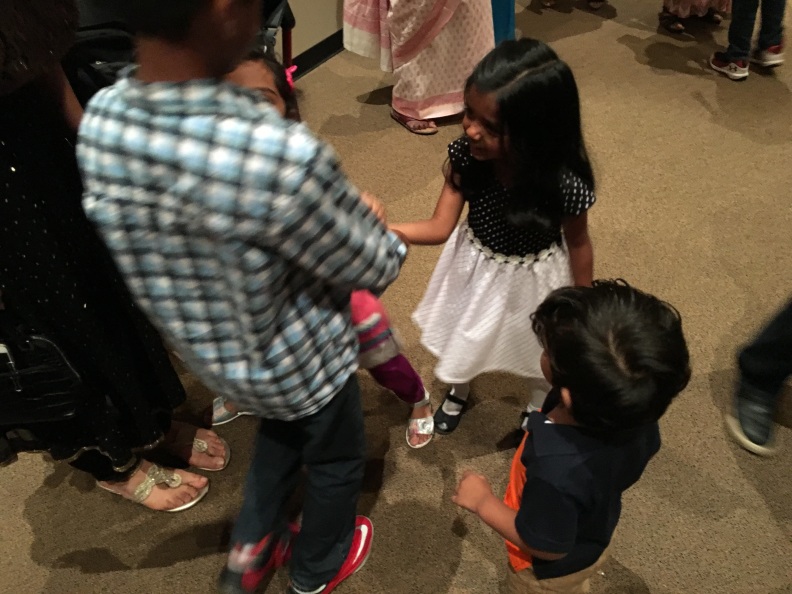 They were serving lunch there, but we had to head back home because we were hosting a sandwich party! 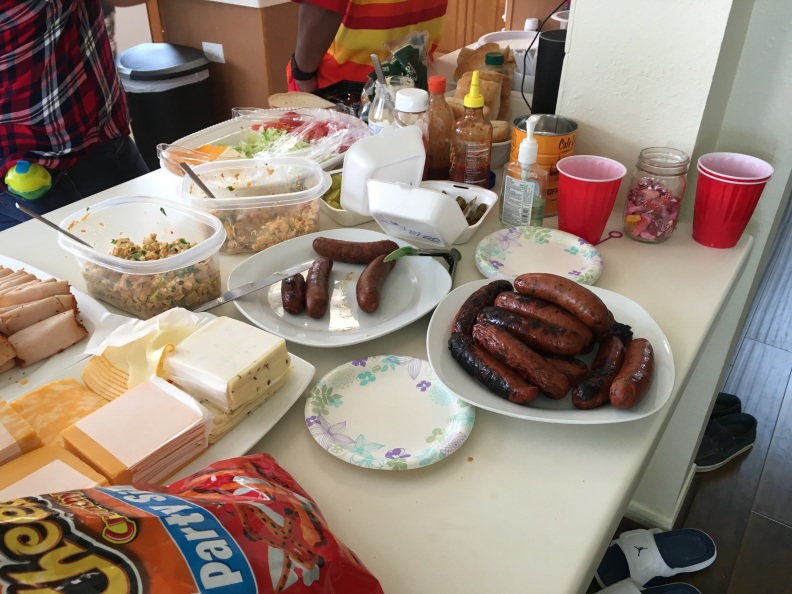 It’s basically an easy way to get some peeps together with a pot luck styled sandwich fest!  Someone brings meat, another brings bread and another brings toppings… it’s easy and fun.  Plus, you end up getting nice sandwiches cause everyone’s bring the high quality stuff!  I also grilled up some chicken sausages to use as hot dogs. 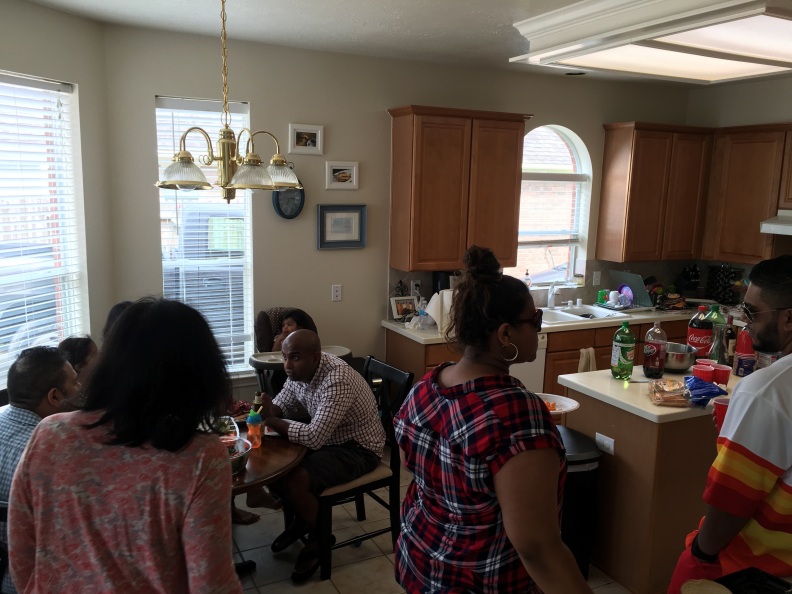 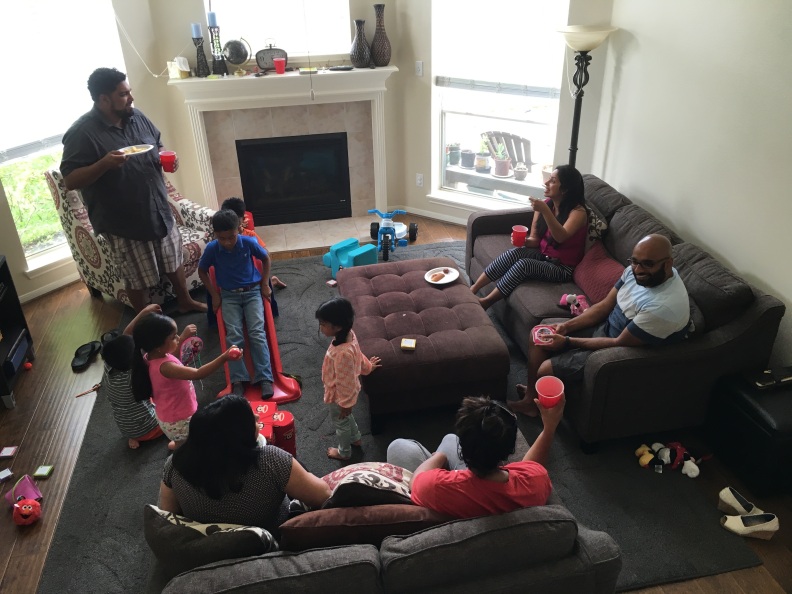 It’s fun to have friends over.  It’s also cool that our kids all play together pretty well! 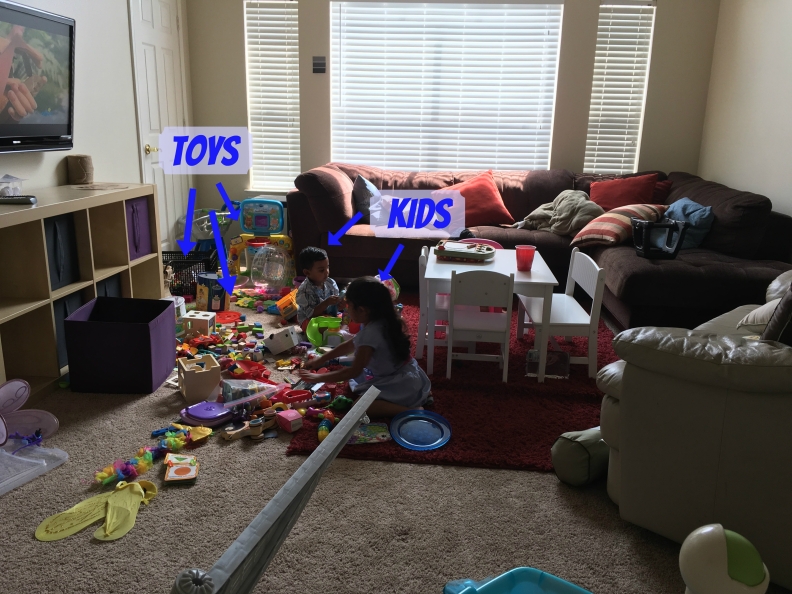 The house gets messy, but that’s a part of having fun!  Pokie and Julie went upstairs before they headed home and cleaned everything up!  So nice (thanks guys!).  Here’s a pic of Vicky trying to color, but her mom was hogging up all the crayons… 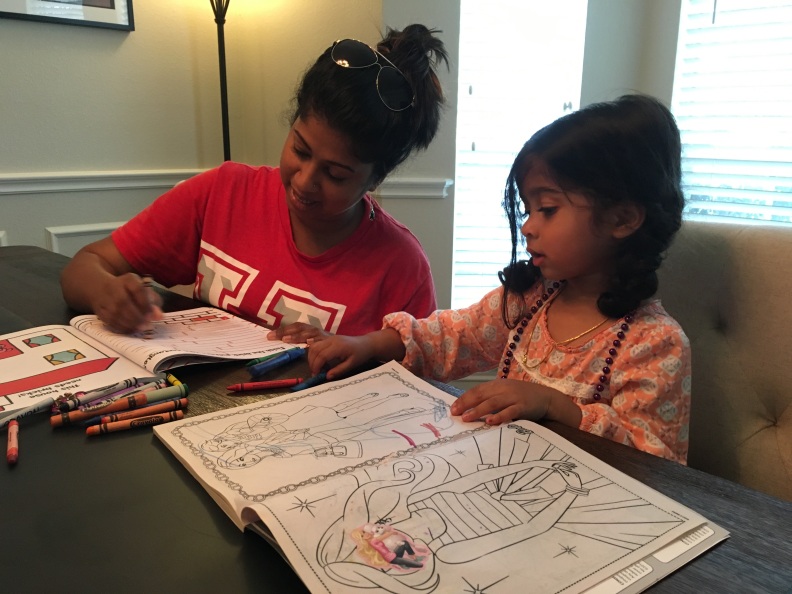 On Sunday after church, we ran into Earl and Asha at HEB.  The girls had their own shopping carts. 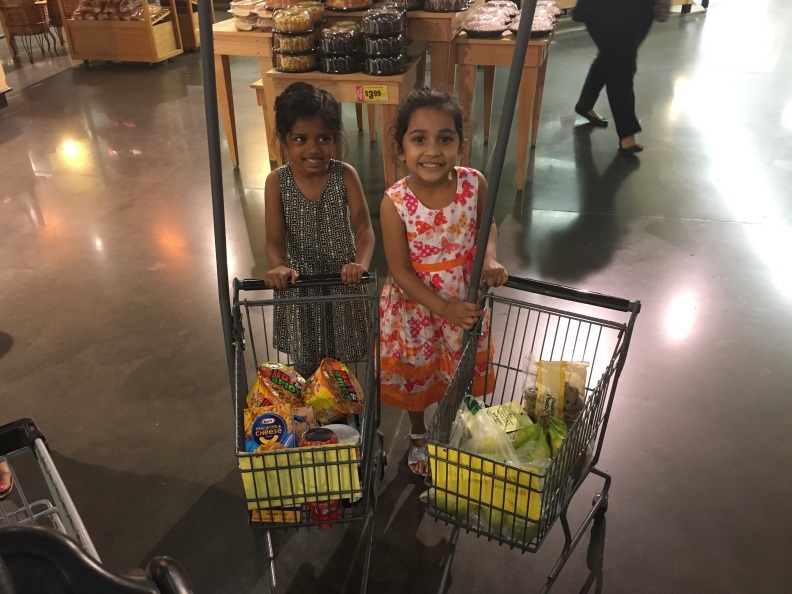 Later on Sunday, the whole family got hair cuts. 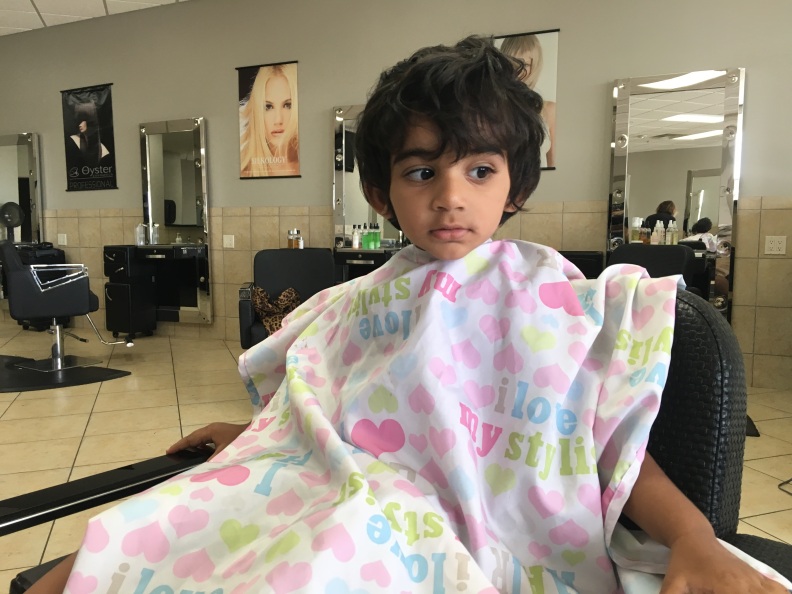 We caught a ton of rain over the weekend, but I’m glad it didn’t stop us from doing things.  We also did some shopping.  If you recall, Ezzy’s room didn’t really have much on his walls, so we’re slowly filling it in with more art.  Here’s a new addition. 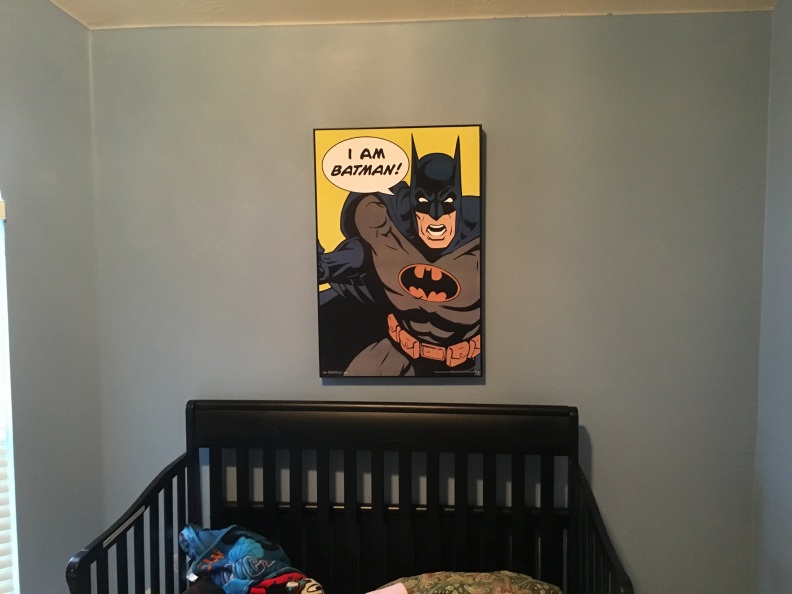 I was worried that Ezzy would be scared of the pic, but he loved it!  After he saw it, he stayed in his room by himself yelling “I’m Batman!!!” over and over again.  Hilarious!